Guest Commentary: What Would the Public Health and Safety Impacts of Cannabis Legalization Be in Ohio?

For starters, Ohioans would be making 18,000 fewer marijuana-related crimes per year. 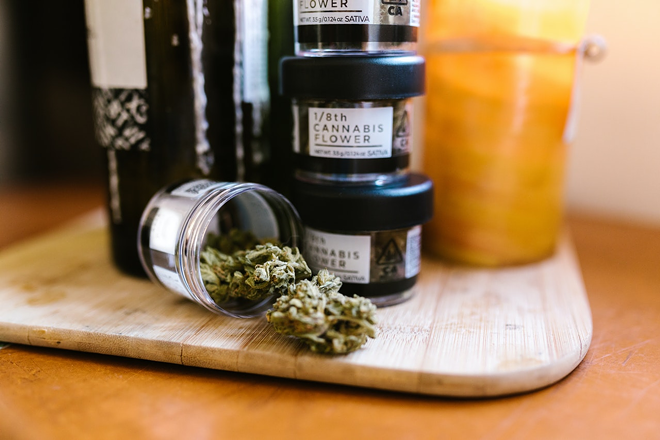 Photo: Rodnae Productions, Pexels
Some say that Ohio could rake in millions by legalizing recreational marijuana.

Last Monday, a panel of state officials approved ballot language for recreational cannabis legalization in the state of Ohio, clearing the way for backers to begin collecting signatures for the initiative. According to reports, the ballot language for this initiative is similar to a bill introduced by state Reps. Casey Weinstein and Terrence Upchurch to legalize recreational cannabis in the state.

An exception to this rule was arrests for driving under the influence, which actually increased after legalization. The positive news, though, is that cannabis-related traffic fatalities were flat over this time period, suggesting that it may have been an increase in training to detect cannabis influence that drove this change, not an increase in actual frequency of driving under the influence of cannabis.

A more indisputably negative impact of cannabis legalization in Colorado is cannabis-related hospitalizations. Colorado saw a 100% increase in cannabis-related hospitalizations after cannabis was legalized in the state. These numbers also only capture the short-term effects of legalization. Longer-term impacts of more widespread cannabis use will not be detected for years to come.

Something else policymakers are interested in is the impact of cross-state cannabis consumption. While we do not have much information on what legalization of recreational cannabis in Michigan has meant for consumers in Ohio, researchers at Washington State University have found that legalization Colorado and Washington led to increases in possession arrests in counties bordering these states. This suggests that cross-border consumption is likely taking place.

In addition, researchers at the University of Oregon have estimated that the state of Washington had earned tens of millions of dollars of tax revenue from cross-border shoppers after their own legalization of recreational cannabis. If cross-border shopping from Ohio to Michigan is as prevalent as it was between Washington and Oregon, Michigan may have earned $3 million in taxes from Ohio cannabis shoppers in 2020.

Will Ohio look like Colorado and Washington if it legalizes recreation cannabis? It is hard to say. So far, legalization has meant a larger market, more tax revenue, less arrests, flat youth consumption and traffic fatalities, and more hospitalizations in states that have done so. Policymakers and voters should weigh these considerations when deciding on the fate of recreational cannabis in this state.

Rob Moore is the principal for Scioto Analysis, a public policy analysis firm based in Columbus. Moore has worked as an analyst in the public and nonprofit sectors and has analyzed diverse issue areas such as economic development, environment, education, and public health. He holds a Master of Public Policy from the University of California Berkeley’s Goldman School of Public Policy and a Bachelor of Arts in Philosophy from Denison University.