The school district is the latest to be hit by an outbreak. 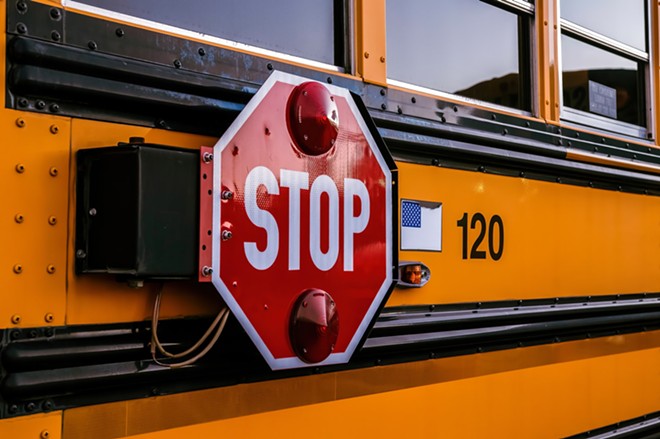 The Hamilton City School District announced Tuesday that it would be closing with no remote learning for a week.


"Staff illness has reached a critical level where staffing classroom is no longer possible," superintendent Michael Holbrook writes in a Jan. 11 statement that was posted to Facebook.

Holbrook says the closures will begin Wednesday, Jan. 12, and school is set to resume Tuesday, Jan. 18. No remote learning or at-home extracurricular activities will take place during the closure.

“We appreciate the support of our parents and community during these challenging times,” Holbrook writes.

Holbrook does not specifically mention COVID-19 as the "staff illness" in his letter, but several Greater Cincinnati school districts have been experiencing severe staffing shortages due to the coronavirus. The Cincinnati Public School District just announced Tuesday that it would move to remote learning for at least a week because the district is short-staffed. Between Jan. 3 and Jan. 6, nearly 800 CPS employees reportedly stayed home due to COVID-19. In addition, Middletown City School District recently canceled several school bus routes due to a lack of drivers.

Cincinnati's coronavirus cases increased in December, which was largely attributed to the virus spreading during and after indoor Thanksgiving gatherings. According to city data, cases spiked with the Delta variant from July until October before going down for a few weeks and rising again in December as the Omicron variant rapidly spread.

Cases continue to increase in January after Christmas and New Year's gatherings, with Hamilton County's active COVID-19 cases nearly doubling from 11,700 to 20,141 in a week's time, according to Hamilton County Public Health Commissioner Greg Kesterman on Jan. 5.

"We are certainly at a time when we are seeing more cases than ever," Kesterman said.

Also on Jan. 5, Dr. Richard Lofgren, UC Health's president and CEO, said that Greater Cincinnati hospitals are strained by a virus that continues to change.

"This pandemic is not over," Lofgren said, echoing what he had told the commissioners in December. "In fact, it's heating up more and more intense than it ever has been in the entire almost two years that we've been wrestling with this. And I'm the first to tell you that all of us, we're tired of it."

Lofgren said that the contagiousness of the Omicron variant, which has largely taken over as the dominant variant within the United States, is "just stunning." He said that Omicron is not causing "quite the intensity of the disease" as the recent Delta variant had, but it spreads much more quickly within communities.

"It truly doubles the number of cases every two to three days," Lofgren said. "It's a math problem. And though a smaller number of people require hospitalization, a small number on a large number is a very large number of individuals. We are in the process of overwhelming our healthcare systems."

Lofgren said that as in the education sector, there is a severe shortage of healthcare workers that when combined with the contagiousness of the virus is straining local hospitals and reducing the care and procedures available to non-COVID patients.

"The staff and the frontline nurses and care providers have just done heroic work throughout this pandemic. They can't maintain the idea of doing double shifts and overtime in the way that they have," he said.

Officials have stressed the importance of COVID-19 vaccines, masking and physically distancing to stay safer, as these methods were effective in helping to "flatten the curve" in 2020. Hamilton County provides free COVID-19 vaccinations and at-home testing kits. Though kits recently ran out, officials said more are on the way. Learn more and find locations at testandprotectcincy.com.