Without the tax, commissioners say they may need to cut as much as 17 percent from Hamilton County services. 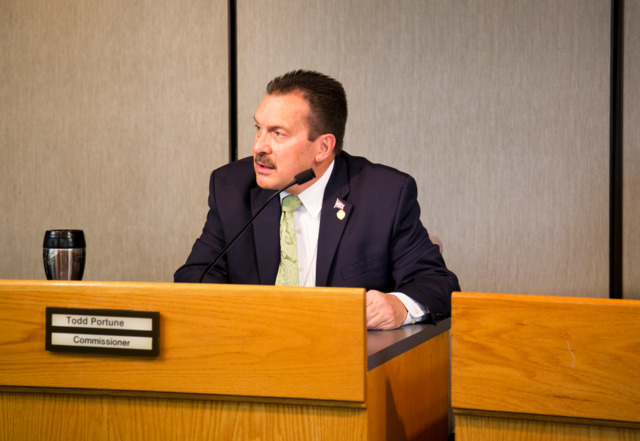 It’s been a crazy couple days in Cincy news. Did you struggle to keep up? Let’s do a brief recap.

Hamilton County Commissioners yesterday voted unanimously to pull back a .2 percent sales tax increase Democrat commissioners previously passed to address a $28 million county budget shortfall. The tax was controversial, to say the least, and likely a proxy for bigger political battles. A petition drive to get it on the ballot gathered more than 38,000 signatures. The Hamilton County Board of Elections was on its way to certifying enough signatures to land the recall on the November ballot when commissioners abruptly switched course, citing a lawsuit challenging the legality of the tax hike. (For reference, by the way, all this fighting was happening over a tax increase that would cost a household making $50,000 a year about $25). The plot thickens further — the law firm that brought that lawsuit, Katz Teller, has a number of ties to Democrat congressional candidate Aftab Pureval, who came out against the tax hike recently. Conservatives had hoped the sales tax repeal would entice conservative voters to the polls, where they would support U.S. Rep. Steve Chabot, the incumbent in Pureval’s race.

The lack of the tax hike means commissioners will need to find another means by which to cover the county's budget gap — likely by 17 percent cuts across the board to county services. The county already has 25 percent fewer employees than it had prior to the Great Recession.

• Cincinnati voters in November will get to make the final call on a number of changes to the city’s charter after a series of votes by Cincinnati City Council yesterday. Changes on the ballot will include how long city council members serve and whether their elections will be staggered. They’ll also get to weigh in on whether to limit campaign donations from limited liability corporations and whether council will be allowed to meet in executive session. You can read more about the proposed charter amendments in our story here.

• Crews with the city of Cincinnati will begin clearing a camp on Third Street tomorrow, city officials say, despite insistence by inhabitants there that they will stay. Last week, the city cleared out a similar camp under Fort Washington Way. Next week, crews will give 72-hour notice to another camp near U.S. Bank Arena. The city says the camps represent a public health and safety risk, but inhabitants say they have nowhere else to go. Many area shelters are over capacity — the men’s shelter on Gest Street in Queensgate is 130 percent full, representatives there say, and a women’s shelter in Mount Auburn has 78 people staying in its 60-bed facility. You can read our story about the Third Street camp here.

• Vice President Mike Pence will drop by Cincinnati August 14 to talk up the administration’s tax cuts. America First Policies, a nonprofit that boosts Trump and his administration’s policies, is hosting the event at the Westin Cincinnati. Pence is getting pretty familiar with the Buckeye State — he was just in Ohio July 30 to stump for Republican congressional candidate Troy Balderson.

• President Donald Trump will also be in Ohio soon. He’s dropping in Saturday to campaign for Balderson in Ohio’s 12th Congressional District north of Columbus. Balderson is running neck-and-neck in what was once a safe Republican district against Democrat Danny O’Connor. It could get awkward — adult entertainer Stormy Daniels will be about an hour and a half away performing at a strip club outside of Dayton that day. Daniels claims that Trump paid her off during his campaign to keep her quiet about an affair the two allegedly had.

• The city of Columbus and other cities including Cincinnati are suing President Donald Trump and his administration over the Affordable Care Act. The suit alleges that Trump has violated his constitutional duty to see that laws are carried out by making attempts to dismantle the ACA. You can read more about the suit here.

• This is brutal. Ohio is the fifth-worst state in the country when it comes to student debt, according to research by personal finance website WalletHub. The study considered average loan debt, unemployment rates for those aged 25-34, percentage of loans past-due or in default and a number of other factors. South Dakota was the worst state in the country for student debt. Utah was the best. You can read the whole study here.