Hamilton County voters will have a number of important decisions to mull at the ballot box, including a levy for foster care, a member of the county commission and more. Here's what you'll see on your ballot. 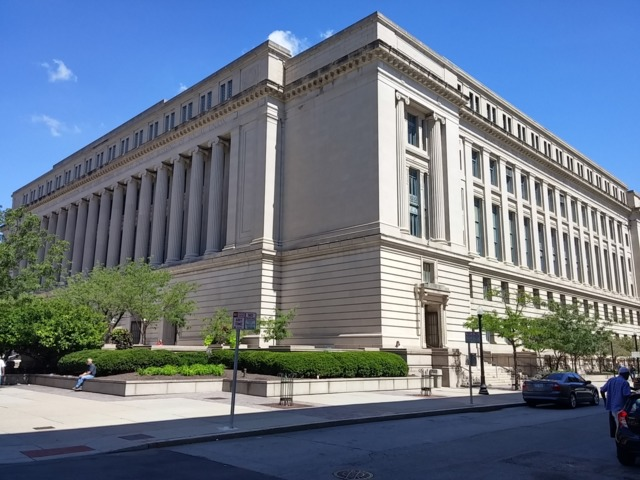 Hamilton County voters will have a number of important decisions to mull at the ballot box. Here's what you'll see on your ballot:

After Democrats took control of the Hamilton County Commission in 2017, Chris Monzel will fight to remain the sole Republican on the three-member commission. His challenger, former Forest Park Mayor and Lincoln Heights Village Manager Stephanie Summerow Dumas, may have the county’s increasing turn toward the Democratic Party on her side, but Monzel has serious name recognition and fundraising abilities to buttress his reelection bid. Monzel has generally been a very fiscally conservative commissioner, balking earlier this year at a .2 percent sales tax increase that would have covered a yawning $28 million budget deficit. After Democrats on the commission withdrew the tax increase under threat of a ballot initiative, many county agencies face likely budget cuts.

Democrats on the commission say the county is spending the same amount it has for the past 17 years, despite big increases in costs. That largely comes due to cuts to state and federal funding for the county. Monzel, however, says the county should wait to see if state funding increases in the future.

“It always seems to be easier to spend other people's money before you have to spend your own," he said in explaining his vote against the sales tax increase.

This ballot initiative would create a property tax levy to help fund Hamilton County Job and Family Services’ child welfare and foster care services. Currently, homeowners pay about $54 on every $100,000 their home is worth for JFS, bringing in about $39 million each year. That’s about half the agency’s $80 million budget. If Issue 9 passes, homeowners would pay another roughly $70 per $100,000 of valuation to boost JFS’ annual budget by another $38 million so the agency can address increased demand for child and foster care services — up about 40 percent since 2015 — created in part by the opioid addiction epidemic. Exacerbating JFS’ financial situation, cuts to the state’s local government fund has left the agency with less state funding since. Without the levy, county officials say JFS will run out of money in three years. A wide array of social service and faith organizations back the levy. Anti-tax group Coalition Opposed to Additional Spending and Taxes and Republican Hamilton County Commissioner Chris Monzel oppose the measure.

This contest pits longtime Auditor Dusty Rhodes, who has served in this role since 1990, against challenger Nancy Aichholz. Rhodes is nominally a Democrat, though he’s about the most conservative member of his party in the county. Aichholz, a Republican, is the president and CEO of Aviatra Accelerators, a startup accelerator focused on woman-owned businesses. Rhodes touts his nearly three decades of experience in his role as auditor, and his efforts to save taxpayers money, including a recent $14 million rebate to county municipalities the auditor’s office didn’t use when it reappraised properties. But he’s also caught flak for clerical errors that caused Cincinnati to pay back hundreds of thousands of dollars in erroneous property tax payments. Aichholz, meanwhile, says the auditor’s office is outdated and needs fresh, tech-savvy leadership.

County and state judicial races are often overlooked by voters and the media, but recent situations show how vital they can be. Consider, for example, the tense and nationally-watched trial of former University of Cincinnati Police officer Ray Tensing for the shooting of unarmed black motorist, presided over by Hamilton County Judge Leslie Ghiz, who is currently up for reelection. Ghiz made multiple decisions about evidence admissibility, what documents and information would be released to the media and other choices that influenced how the trial would proceed, what the public would learn about it and when.

Ghiz and Lisa Allen are two sitting Hamilton County Common Pleas Court judges up for reelection to another set of six-year terms. Both are endorsed by the Hamilton County GOP. Also running in November for those two spots: Pavan Parikh and Arica L. Underwood. Parikh, an attorney who is heavily involved in Greater Cincinnati’s legal community, has received the endorsement of the Democratic Party and says he wants the courts to operate with more efficiency, transparency and empathy.  Underwood, a felony trial counsel for the Hamilton County Public Defender’s Office, says she can bring a diverse background and set of experiences to the role.

Deputy City Solicitor Terry Nestor received the Hamilton County Democratic Party’s endorsement in that race. He’ll be challenging incumbent judge Steven Martin, who grabbed the county Republican Party’s endorsement. Nestor has proposed three reforms to the county’s justice system: increasing the depth of the county’s jury pool by pulling jurors from driver’s license lists as well as registered voter lists, aggregating and publishing statistics on court rulings so the public can better understand the decisions made in the courtroom and increasing partnerships with drug treatment facilities to try and address the opioid addiction crisis with more than just jail sentences.

Martin, meanwhile, touts his long tenure as a judge, which stretches back to 1998. He says he has the experience to determine when someone before the court needs treatment versus jail time, and points to his work with Hamilton County’s drug, mental health and veterans courts.

Voters will also get the chance to choose who finishes out an unexpired term ending February 10, 2021. Voters can choose between Hamilton County GOP-endorsed incumbent Judge Curt C. Hartman and his challenger,Thomas O. Beridon, who has received the county Democratic Party’s endorsement.

Beridon, currently chief hearing examiner with the City of Cincinnati, has also served as a public defender and an assistant city solicitor. He’s received endorsements from the Cincinnati Federation of Teachers, the Fraternal Order of Police Queen City Lodge, the National Association of Social Workers and a number of labor unions.

Hartman, a Navy veteran and former law clerk for Judge Rhesa Barksdale in the Fifth Circuit U.S. Court of Appeals, touts his experience as an attorney and as special counsel to the Mason Municipal Court. He served as a delegate at the 2016 Republican National Convention before  Gov. John Kasich appointed him to the Hamilton County Court of Common Pleas in 2017.