Bigger houses, longer commutes and sprawl are, it turns out, bad for the environment. 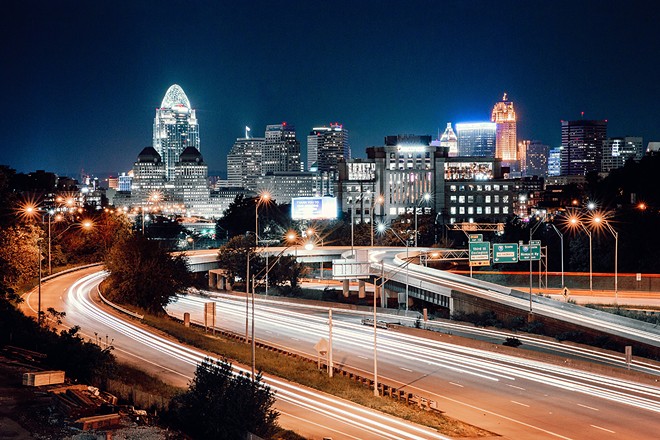 Photo: Jake Blucker, Unsplash
Terrace Park has one of the highest averages of carbon footprint in the county at over 70 tons per household, while Downtown has an average household carbon footprint between 20 and 30 tons.

Around 64 percent of Hamilton County residents are worried about climate change and nearly half believe it will affect them personally, according to a recent study conducted by the Yale Program on Climate Change Communication.

These residents should see how drastically carbon emissions differ by area.

Using data from CoolClimate, the New York Times this week mapped carbon emissions by neighborhood across the country. The maps show, unsurprisingly, that the suburbs and exurbs produce far more greenhouse gas emissions than dense cities.

Because residences, businesses and services in cities are geographically closer, residents tend to drive less in their daily lives. As such, dense cities generate less carbon emissions than sprawling suburbs, where residents log long commutes to work and anywhere else. City dwellings are also usually smaller than their suburban counterparts, which means they require less energy for heating and cooling. Outside of cities, this trend reverses.

Density and wealth are the two biggest determinants, which is why there's such a dramatic difference between, as an example, Terrace Park, which has one of the highest averages of carbon footprint in the county at over 70 tons per household, and Downtown, which has an average household carbon footprint between 20 and 30 tons.

Travel, by either car or airplane, is a big contributor to emissions—as is shopping. Because both travel and shopping typically increase with income, richer people usually produce more greenhouse gasses.

But while measures like avoiding fast fashion and limiting meat consumption can help reduce emissions, they are drops in the bucket compared to the biggest thing Americans can focus on.

Amid a national housing shortage, affordability and availability are often easier to find in communities with higher emissions. Building population-dense, multifamily dwellings, especially with close access to public transit, is one way to effectively lower community emissions.