Health Officials Have Approved a New COVID-19 Booster Shot. Here's What You Need to Know About the Revamped Vaccines.

Those mRNA vaccine boosters could start going into arms within days.

Photo: Mufid Majnun, Unsplash
On Sept. 1, U.S. health officials greenlit the first major update of the mRNA-based shots, reformulated to recognize both the original version of SARS-CoV-2 and the recently circulating versions of omicron. Those mRNA vaccine boosters could start going into arms within days.

Revamped COVID-19 vaccines are poised to do battle with the super-contagious omicron variant.

On Sept. 1, U.S. health officials greenlit the first major update of the mRNA-based shots, reformulated to recognize both the original version of SARS-CoV-2 and the recently circulating versions of omicron. Those mRNA vaccine boosters could start going into arms within days.

“They can help restore protection that has waned since previous vaccination and were designed to provide broader protection against newer variants,” Rochelle Walensky, director of the U.S. Centers for Disease Control and Prevention, said in a statement after endorsing a vaccine advisory committee’s approval of the shots.

Both Moderna and Pfizer and its German partner BioNTech created boosters that contain instructions for making the BA.4 and BA.5 omicron subvariants’ spike protein as well as the original virus’ spike protein (SN: 6/30/22). Those two variants now account for nearly all the new cases in the United States. The U.S. Food and Drug Administration granted emergency use authorization for the shots Aug. 31. The CDC action means the Pfizer booster is now OK’d for those 12 and older; Moderna’s shot is for those 18 and older.

The European Medicines Agency and Health Canada also authorized use of an updated booster vaccine on Sept. 1. That one, made by Moderna, contains mRNA instructions for building the original coronavirus spike protein and the spike protein from the omicron BA.1 subvariant. The United Kingdom, Switzerland and Australia have already given the nod for use of that dual, or bivalent, booster.

Here’s what to know about the new shots:

Should I get a booster shot?

Probably. The CDC now recommends that all fully vaccinated people 12 and older get the bivalent shot, provided it has been at least two months since their last vaccine dose. “If you are eligible, there is no bad time to get your COVID-19 booster and I strongly encourage you to receive it,” Walensky said.

That recommendation comes regardless of how many boosters people have already had.

“If you perceive this as big change … you’re right,” Evelyn Twentyman, who leads CDC’s vaccine policy unit, said Sept. 1 during the vaccine advisory committee meeting. “We want to emphasize we’re no longer looking at total number of doses,” she said. From now on, the agency hopes to transition into a more regular schedule for COVID-19 vaccines, similar to getting annual flu shots.

There was another big difference this time around: The decision to move forward with the BA.4/5 boosters was made without data from human trials. Such trials are under way, but results won’t be known until the end of the year.

In authorizing the new boosters without clinical trial data, the agencies are treating COVID-19 vaccines more like annual flu vaccines.

Data collected from people immunized with the BA.1 boosters and data from studies of mice inoculated with the BA.4/5 vaccine were used as evidence of the new boosters’ likely safety and effectiveness. The European Medicines Agency said in a Sept. 2 press briefing that it would also use the BA.1 booster to evaluate the new shots.

Why do the shots target the BA.4 and BA.5 omicron subvariants?

“We very deliberately picked BA.4/5,” Peter Marks, director of the FDA’s Center for Biologics Evaluation and Research, which oversees vaccines, said in a news briefing Aug. 31.

Both companies have tested vaccines based on the omicron BA.1 variant in humans. But BA.1, which caused the massive surge earlier in the year, is no longer circulating in the United States. As of the week of Aug. 21 through 27, BA.5 was projected to cause about 89 percent of COVID-19 cases, with BA.4 variants responsible for about 11 percent of cases.

“This gives us a variant that is most up-to-date, and most likely looks closer to something that may evolve further in the fall,” Marks said. “The more up-to-date you are, the better chance we have of [the vaccine] working for what comes afterward.”

All omicron subvariants share common mutations. But the shape of BA.4/5’s spike protein looks much different to the immune system than other omicron subvariants do, the CDC’s Natalie Thornburg said at the advisory committee meeting. Those differences may train immune cells to build a wider variety of antibodies that can latch onto a broad array of variants.

Mice inoculated with a BA.4/5 containing booster had fewer viruses in their lungs than mice given a BA.1 boosters, Moderna’s Jacqueline Miller said at the CDC meeting. The mice make a human version of ACE2, the protein on the surface of cells that the coronavirus uses to gain entry. Mouse studies of earlier variant boosters corresponded well to levels of protection seen in human clinical trials, Miller said, so the company is hopeful that the BA.4/5 booster will provide good protection, too.

Bivalent vaccines perform better — raising antibody levels higher in people and animals — than ones that contain just the original spike protein or only a variant spike protein, Miller said. The spike protein that grabs onto human cells is a three-pronged claw. With the bivalent vaccine, each prong could be either an original or an omicron version. The mixed claw may expose parts of the spike to the immune system that are normally hidden, Miller suggested.

Though the mouse data suggest the BA.4/5 booster will work, some of the CDC advisers said they’d be more comfortable having data from the ongoing human clinical trials before recommending the new shots. That data could be available in a couple of months, so why not wait?

The wait could cost lives and money, computer projections suggest. The COVID-19 scenario modeling hub, a consortium of pandemic forecasters who predict COVID-19 patterns over the next six months under varying conditions, considered what would happen in the United States if the boosters were given in September or not until November. Waiting would lead to 137,000 more hospitalizations and 9,700 more deaths, the researchers projected.

An early fall booster campaign could save more than $62 billion in direct medical costs, an analysis from the Commonwealth Fund projects.

Based on studies with the BA.1 bivalent booster, yes. That shot produced similar side effects to the original shots.

And it’s also safe to get flu shots and other vaccines, including ones used against monkeypox, at the same time as the COVID-19 booster. In fact, doctors should offer all vaccines for which a person is eligible at the same visit, Elisha Hall of the CDC said.

Some data indicate that the chance of serious side effects, like heart inflammation called myocarditis, happen at similar or lower rates with boosters than with the second doses of the mRNA vaccines. The side effect is rare; CDC has verified 131 myocarditis cases out of more than 126 million booster doses given, Tom Shimabukuro of the CDC COVID-19 Vaccine Safety Unit reported. The rate of myocarditis is 1.8 to 5.6 times higher after a COVID-19 infection than after vaccination for 12- to 17-year-old males — the group for which the condition has the highest risk, the CDC’s Sara Oliver said.  Spacing the booster at least two months after the last dose of vaccine may help to head off any increase in myocarditis, Marks said in the FDA press briefing.

“We have a tremendous amount of experience with the monovalent, original vaccine,” the FDA’s Doran Fink said during the CDC advisory meeting. That experience made the FDA comfortable extrapolating data from the BA.1 booster trials to decide that the new shots are also safe.

“We don’t usually have too much clinical information … when we are thinking about changing influenza vaccines,” said Sarah Long, an infectious diseases pediatrician at Drexel University College of Medicine in Philadelphia. Much like the flu vaccine remodels last season’s version, the updated COVID-19 booster is built on the same scaffolding as the original version. “It’s part of the same roof. We’re just putting in some dormers and windows.”

Pablo Sanchez, a pediatric infectious diseases doctor at The Ohio State University and Nationwide Children’s Hospital in Columbus, cast the sole dissenting vote against recommending the BA.4/5 boosters. Other committee members voted to recommend the boosters, but they voiced reservations about those votes.

“I really don’t want to establish a precedent of recommending a vaccine that we don’t have clinical data on,” Sanchez said. He added, “I’m comfortable that the vaccine will likely be safe like the others,” but having the human data may help counter vaccine hesitancy.

Order Your Free COVID-19 Tests by Sept. 2, Because the U.S. Government Is Halting the Program: Congress hasn't approved additional funding, despite the sustained spike in people infected with the Omicron variant. 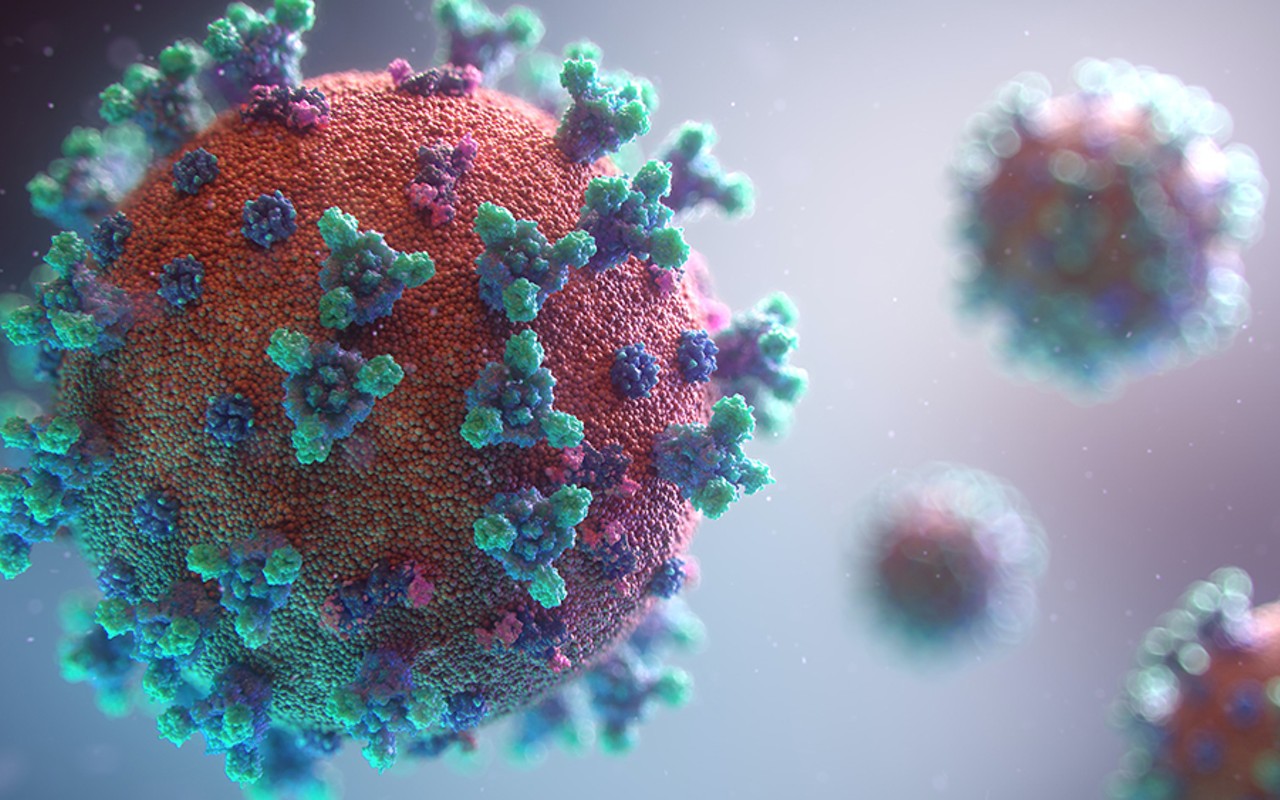