Derek Lichtenwalter filed a lawsuit asking for early release, arguing that social distancing was impossible at Belmont and that, as an immunocompromised individual, he was particularly susceptible to serious illness or death if he got COVID-19 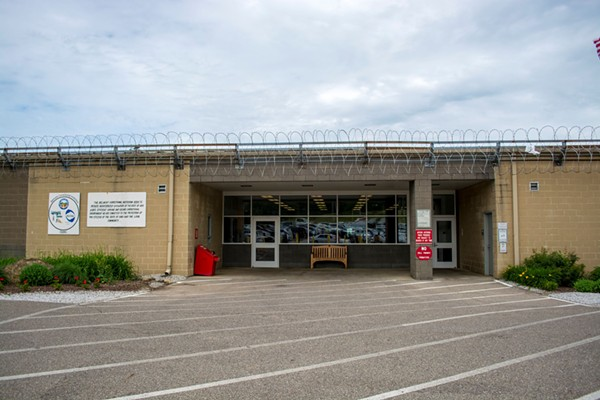 Marion and Pickaway are the two Ohio correctional institutions that have garnered the most headlines for the spread of COVID-19, and for good reason. At the height of infection, more than 2,000 inmates (80+ percent of the population) had tested positive at Marion.

But other Ohio facilities where comprehensive testing has not yet occurred are seeing their infection numbers rise as well, albeit in much less dramatic increments.

Belmont Correctional Institution, for example, which is located near the Ohio-West Virginia border, now has more than 40 confirmed cases of COVID-19 among its population of 2,600. Its numbers have risen steadily over the past several days.

One of the inmates there is Derek Lichtenwalter, an HIV-positive Canton man serving a 30-month sentence for multiple felonies stemming from a drug-induced hour-long police chase in 2019.

In March, Lichtenwalter filed a lawsuit asking for early release, arguing that social distancing was impossible at Belmont and that, as an immunocompromised individual, he was particularly susceptible to serious illness or death if he were to contract COVID-19. The Ohio Supreme Court denied his request.

Lichtenwalter spoke to CityBeat's sister paper The Cleveland Scene Sunday about the conditions at Belmont, his case, and the terror of having HIV in an environment where a virus is known to be spreading. The conversation below has been edited lightly for length and clarity.

Sam Allard: First off, how are you feeling?

Derek Lichtenwalter: So far I'm all right. My dad's got this joke he likes a lot. A guy jumps off the Empire State Building. About halfway down, some guy says, 'How you doin'?' And he says, 'So far so good.' Well, that's how I'm doing right now. So far so good. As far as my situation, the dorm I'm in technically doesn't have COVID-19 yet. Technically. I'm in what they call The Camp.

SA: How many people are in your area?

SA: The latest numbers I've seen say there's about 30 positive cases of COVID-19 at Belmont [now41]. How widespread is the testing?

DL: We don't even know, to be honest. I think what happens is, you tell the nurse you're feeling sick, and then they take you down and test you. That's about all I know. They're not testing here like they did Marion. I really think they did Marion [widespread testing] because at DeWine's press conference, one of the reporters caught him off-guard and asked if he was gonna test the whole prison, and he said 'sure.'

SA: So not a lot of guys with symptoms in your dorm?

DL: I mean they've got symptoms. They're sneezing, coughing. These are people who don't normally sneeze and cough. There's no adherence at all to social distancing. It's impossible. It's not even impractical. It's just impossible. The governor knows that.

SA: Have they done anything to try to—

DL: They try different things within their ability. They gave out masks. We're supposed to wear them when we get off our bed. But at the same time, you've got to take your mask off during count. And in my bed, look, I'm on the top rack. I can touch my neighbor on the left side. I can tough my neighbor on the right side. There's a little divider wall but it doesn't separate me from the guy across the wall because I'm on the top bunk. I can touch five or six people at any time in my bed. There are 125 people just like that in the whole dorm.

SA: It's like you said in your lawsuit: If one person gets it, it's only a matter of time before everyone does.

DL: Exactly, before everyone has it. And it's not necessarily that if you get it once you can't get it twice. That's what I'm starting to worry about. If they don't do something, we're going mutate the virus and create a whole new virus.

DL: The guards are the same amount right now, the same ones that we had before. Most of them are good people. They don't know anything more than we do. For real, they're just as scared as we are. They don't want to die. A lot of their unions have been filing grievances because they don't feel like they should have to come into work in this environment.

DL: Well, first they shut down all the programs, so there's nothing to do. This place is real stupid because Belmont Camp is not the main compound. At the Camp we have our own dining hall. It seats like 100, and you've got the West Dorm that holds 250 and the South Dorm that holds 250. Now West Dorm and South Dorm go to eat together. They're not supposed to at the same time, but there's still West Dorm people in there when we go to eat. Now if we can intermingle in the Chow Hall on accident, what's the point of separating everything else?

SA: Your request for early release was denied. Is there any possibility of appeal, especially now that the virus is spreading in Belmont?

DL: What I've got going on is we're trying to work on the trial court judge. I also have a federal writ in the federal system, trying to get the feds to grant me a release.

SA: How much time left do you have to serve?

DL: So here's the thing, I've got two years left without good days. With good days, I've got 18 months. But the good days are predicated on them starting these programs back up, which they've canceled.

SA: How do you accrue good days? It's like good behavior in your programs?

DL: It's not so much behavior. It's that you have to take certain programs. I'm gonna take the IOP Drug Program [Intensive Outpatient], really all because I'm a drug addict and I make dumb drug addict decisions. Just ... so stupid. When you get high, you do some dumbass shit.

SA: So are you, I mean I assume you're pretty scared, given your medical condition.

DL: Yeah, I'm freaked out for real. There's all types of problems. My CD4 [T-cell count] was under 500 last time, but I don't know how much under 500, and I don't know what it is this time. That's my immune system total. That's sketchy because I can get [COVID-19] easier. They're saying some antivirals might help reduce that, but they don't know. The other thing is that my antivirals only work a little bit. I'm going to keep getting sicker as time goes on because I'm in a dormitory where the viral load is going to grow as everyone else gets sicker and sicker and sicker. You understand how a virus works? You understand what a viral load is?

DL: Well, obviously, with 125 people in a dorm getting sick, the viral load is going to go super high. So if you haven't had it, or if you were even a little bit able to defeat it, you're not going to be able to as time goes on. That's why Marion and Pickaway have gotten so bad. That's the real situation.

SA: If you had a chance to talk to Gov. DeWine or other state lawmakers, what would you tell them?

DL: The thing is, somebody has to do something or people are gonna die. That's all there is to it. It's not even complicated. Just do something. DeWine has done nothing, and the COs aren't any happier with it than we are. Nobody wants to come to work and die. Nobody wants to be held in a place where you're basically forced to get a disease that may kill you.

SA: I honestly can't believe that he hasn't tried to reduce the population more.

DL: It's crazy. I mean they can see it coming, too. Like, you ever go to a fair and see the Ferris Wheel ride and it's all messed up? They shut it down, right? Well, we're on this Ferris Wheel, and they see it's gonna kill somebody, but they're refusing to shut it down. That's exactly what this is.

This interview was conducted by CityBeat's sister paper, The Cleveland Scene