A Parisian bridge covered in padlocks was featured on two reality shows in the last week or so — Real Housewives of Beverly Hills and Kourtney and Kim Take Miami (1. Don’t judge me. 2. Isn’t it weird that both shows ventured outside their titular cities to the same destination?). Kyle and Mauricio (RHOBH) and Kourtney and Scott (KKTM) visited the Pont des Arts in their respective (but not respected!) shows to take part in what appeared to be a romantic tradition of signing a lock, attaching it to the bridge’s chain-link structure and tossing the key into the Seine below. Ah, c’est l’amour!

I had never heard of this tradition, but I've never been to Paris, so what does my uncultured ass know? Apparently this is just another annoying tourist attraction trampling over French culture. What started as a private, inconspicuous act of love done at night has become nothing more than a photo op that is starting to endanger Parisian architecture. 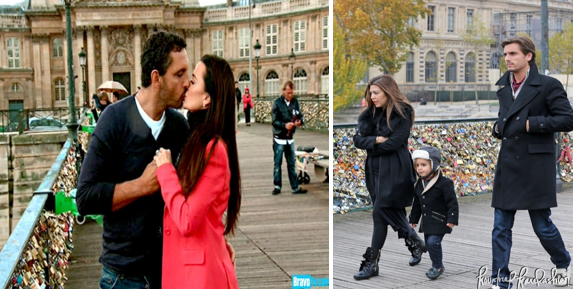 Good news: a Machete sequel is coming this summer! Bad news: my arch nemesis Sofia Vergara is in it and it looks like she took Katy Perry’s discarded firework-shootin’ boobs and souped ‘em up.

This has not been a good year for Saturday Night Live. Kristen Wiig, arguably the show’s strongest player, stepped down after last season along with the awesome Andy Samberg. The non-topical skits have been just off ever since and even hyped-up hosts like Jennifer Lawrence and Christoph Waltz fell flat. But this 38th season just may have been saved by Justin Timberlake’s recent episode. 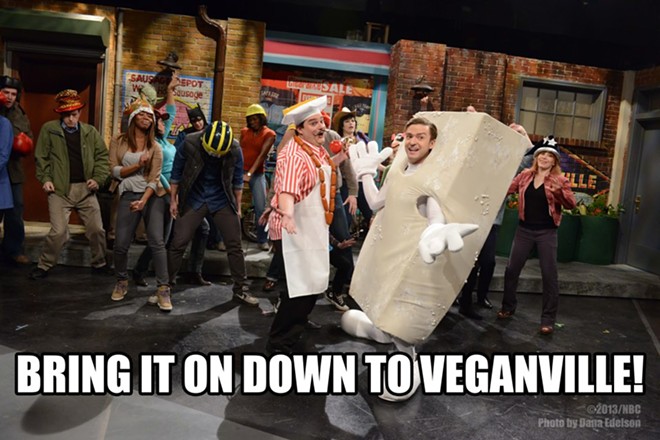 From the throwback skits (JT’s now-famous food mascot and the “Dick in a Box” bit with Samberg) to his performances (Jay-Z made an appearance during “Suit and Tie!”), the entire episode was wholly entertaining. I’m going to stop blaming the writers now and assume Justin agreed to host for the fifth time in exchange for every good skit idea for an entire season, plus at least five cameos. The monologue featured a skit about the Five-Timers Club — an exclusive group of guests that have hosted at least five times. Paul Simon, Steve Martin, Dan Aykroyd (he’s only a bartender because he actually has only hosted once), Martin Short (just a waiter; only hosted three times), Alec Baldwin, Candice Bergen, Tom Hanks and Chevy Chase all swung by. Did you want a ‘Wild and Crazy Guys’ reprise? Done. How about a Three Amigos reunion? Got it. Go here to watch the full episode.

Need an extra kick with your morning coffee? 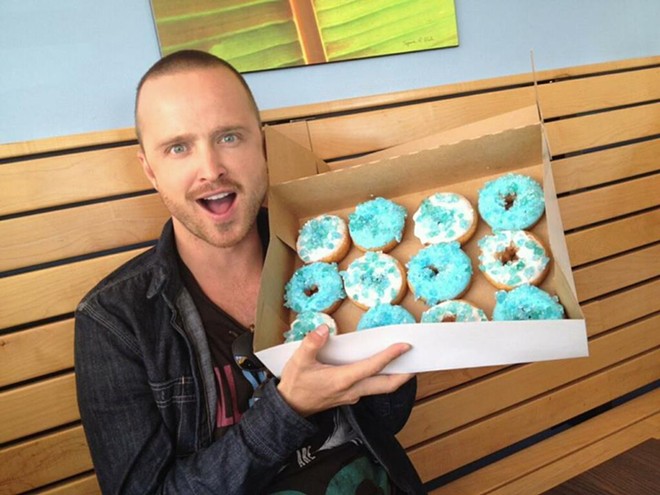 Meth: It's what's for breakfast! (via Rebel Donut)


Albuquerque, N.M.’s Rebel Donut offers a special “Blue Sky” Breaking Bad donut sprinkled with the signature blue rock made famous on the AMC hit. OK, it’s not really meth, but blue rock candy, like they use on the series. Breaking Bad (which is set in Albuquerque) returns for its last season this summer. Go here for a behind-the-scenes look at the final eight episodes.

Also this week: Former ‘Girl Next Door’ and Hugh Hefner humper Holly Madison made a baby and named her Rainbow. Russell Crowe saw a UFO.