Miley Cyrus hosted and performed on Saturday Night Live this weekend and I have to admit — she rocked it. You have to give it to the writers for coming up with some original ways to incorporate her recent now-ubiquitous scandals (VMAs, buzzworthy music videos, ever-exposed tongue), but MiCy deserves some credit, too.

Bitch may be feuding with Sinead O’Connor and giving twerking a bad name, but she is definitely a solid performer. The weak skits of the night (How dare SNL make a failed attempt at a cheerleader sketch when we all know the Spartans can never be topped? Too soon!) flopped because of poor ideas or shoddy writing, not due to Miley’s lack of acting skills. The trend so far this year is the best skits being prerecorded ones (the Girls spoof with Tina Fey, this week's Fifty Shades of Grey auditions), which kind of defeats the purpose of it being a live show. Nonetheless, the No. 1 sketch of the night perfectly blended a Miley earbug with the government shutdown: “We Did Stop.”

Meanwhile, Nori West is racking up finer garments before her fourth month on Earth (FOR FREE) than the rest of us can probably ever imagine owning. In our adult lives.

In Case You Missed It: Dumb and Dumber To is actually happening. 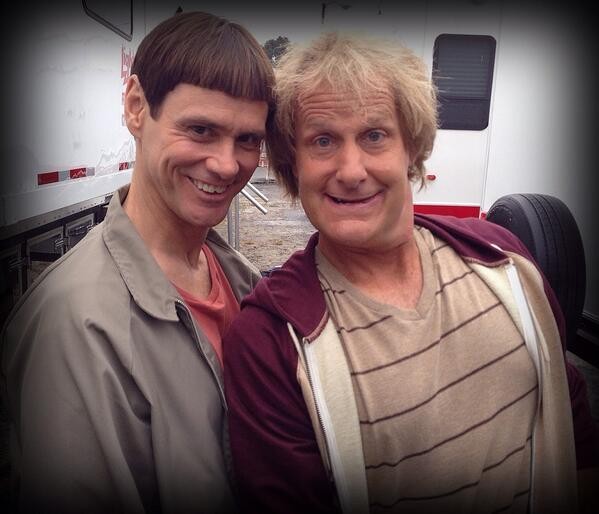 Not to be confused with the cringe-worthy 2003 prequel Dumb and Dumberer: When Harry Met Lloyd (which I totally saw in theaters the day it opened), this Farrelly Brothers sequel will feature OG stars Jim Carrey (Lloyd Christmas) and Jeff Daniels (Harry Dunne) picking up 20 years after the duo’s last adventure. In D&D2, which currently has an unspecified 2014 release date, one of the guys has a long-lost offspring, and they both embark on a journey to find the child in hopes of attaining a new kidney. Kathleen Turner will play Fraida Felcher, a character mentioned but never seen in two scenes of the original (Below). Sounds like she's the baby mama. And SPOILER ALERT: Jennifer Lawrence will make a surprise cameo as a young Fraida. Hopefully we’ll get to see the French Tickler in action. Billy the blind kid and Sea Bass will also return, played by their respective original actors.

And because behind-the-scenes movie peeks are so fun, here’s Quvenzhane Wallis on the set of Annie with her near-identical stunt double who is at least three times Q’s age. The Jay Z and Will Smith-produced remake, due in theaters during Christmastime next year, will also star Jamie Foxx in the Daddy Warbucks role, appropriately renamed “Benjamin Stacks.”

Although it’s been 13 years since Freaks and Geeks originally graced our television screens, longtime fans and newcomers discovering the fantastic series on Netflix or IFC can now experience McKinley High in a whole new way. The Fine Brothers, Internet creatives behind the popular React series, developed a Freak and Geeks choose-your-own-adventure game that combines great television, old-school video games and your inner 10-year-old’s favorite genre of books. Players can actually click on different choices in the YouTube video, leading them to new videos based on their selections. Play now!

Watch what you say to Siri: That robot voice on your phone is actually a real lady!  Recently, we learned Lisa Frank is an actual, live human. Next up: Siri. Voice actress Susan Bennett has come forward as the woman behind the mysterious personal assistant living inside newer Apple mobile devices. The recent Apple software update iOS 7 gives users the option of a new “male” Siri voice, prompting Bennett to reveal Siri’s original real-life counterpart. Meet her here.

Check out these cool paintings on coins: 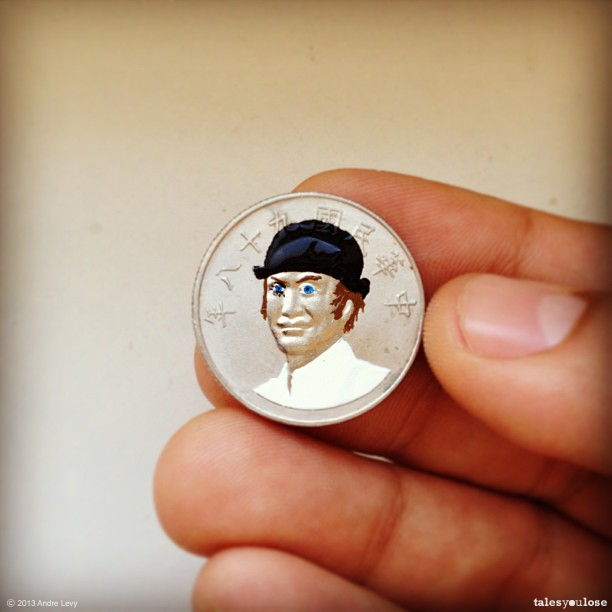 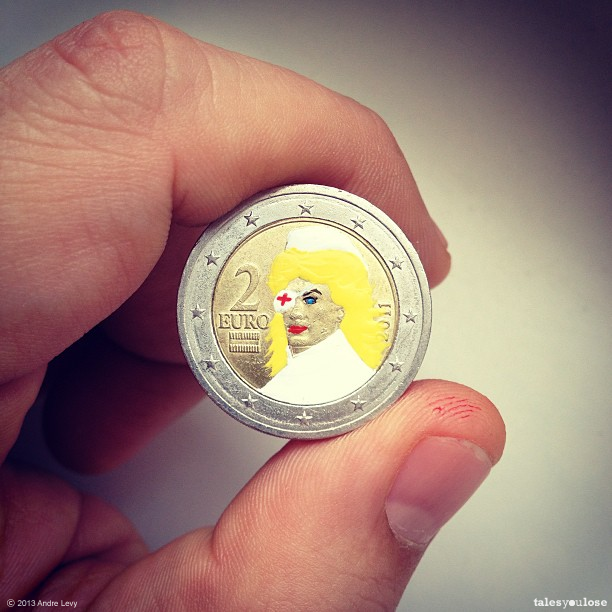 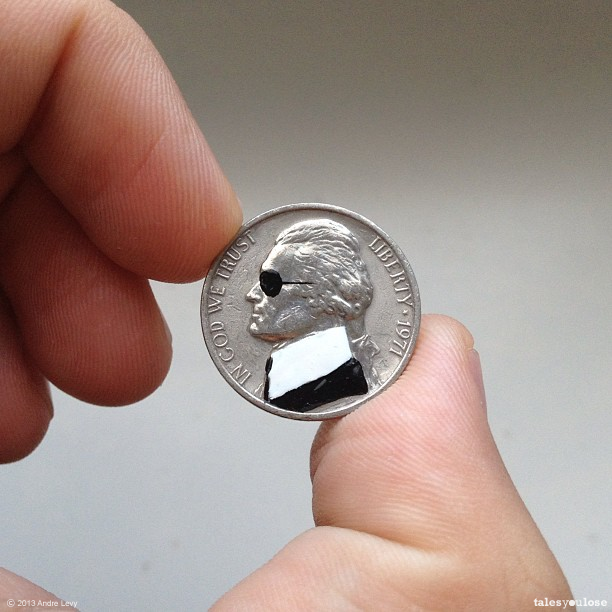