If you watch IFC’s new comedy game show, Bunk, or remember the relationship Rumspringa story from This American Life, you’re familiar with comedian Kurt Braunohler. One of his newest projects shared on his blog has Braunohler buying tons of greeting cards at pharmacies, adding his own inscription, and returning them to the store shelf. Check them out, along with other funnies, on his blog. Here are a few notable examples: 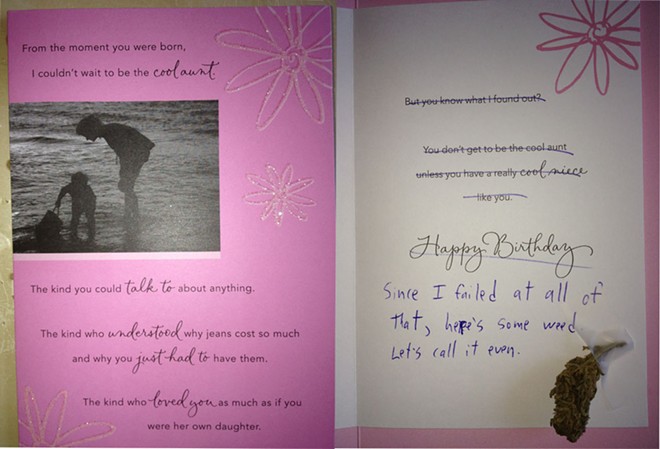 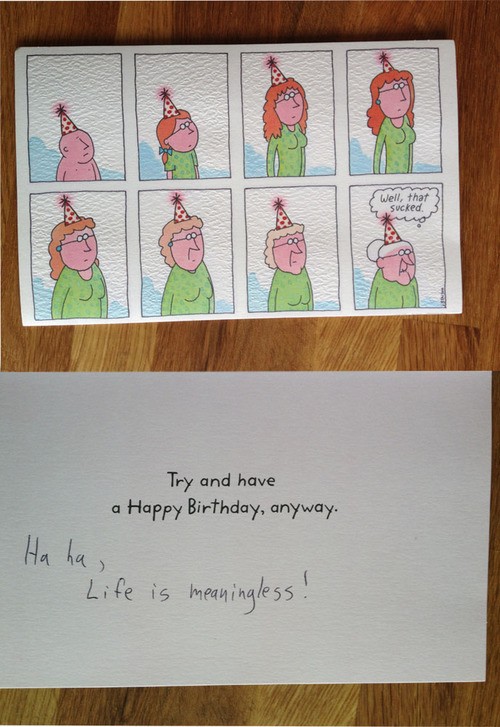 There’s been a lot of focus in recent years on adopting green eating habits: buying organic, supporting local restaurants, eating seasonally, etc. Behind the Kitchen Door exposes an aspect of food/restaurant ethics too often ignored: the exploitations of service industry workers. The documentary, set to be released next year, exposes the "political, economic and moral implications of eating out." Read more and find the trailer here.

When I was 12, it was 2000. I had just been fitted with headgear, graduated from Hanson to *NSYNC, and my AOL screennamed had “pRiNcEsS” in it. And, obviously, I was nowhere as cool as Jeremiah McDonald, who was watching Doctor Who and creating a video for his future self to watch one day. Twenty years later, McDonald created a video where he "interacts" with his preteen self.

It seems everybody (and not just hipsters) love Instagram, the now-Facebook-owned camera app. And soon, people may be able to buy an actual Instagram Camera. The model's features include 16 GB storage, touch screen, social media sharing, filters (of course) and an internal printer, providing tangible, instant, Polaroid-esque photos.

And now, six-year-old Albert Roundtree's rapping debut, "Booty Pop." Warning: NSFL(ife). Although the director says it was all a joke, he stands by the decision to put the hernia-shakin' child in a pool with half-naked adult women. And fans, worry not: a new Albie video is on the way, called “Girls, Girls, Girls.”