Throughout history, people have often said they can remember many details about where they were when they heard monumental news: the moon landing or JFK’s assassination, for example. So it is likely we’ll recount to our children and grandchildren what we were doing when we learned of the most recent Great American Tragedy: The Solange-Beyoncé-Jay Z Feud of 2014.

Just weeks ago, sisters Beyoncé and Solange Knowles were playfully performing onstage together at Coachella. Now, Solange has all but erased her sibling from her life (well, from her Instagram, at least).

The fallout comes after the release of an elevator surveillance video from the Met Gala after-party in which (supposedly) Solange Knowles (apparently) attacked (a man who might be) Jay-Z as Beyoncé (reportedly) stood by. Check out the video here.

This shit is a goldmine for gossip rags every media entity, so rumors, anonymous reports and vague speculations are coming out of the woodwork regarding all three recording artists. Some say Solange was just being a drunk mess and flipped when Jay told her to chill out; others report Solange has concerns about Jay’s fidelity and Beyoncé has become his robot bride; it’s also being speculated that the stunt is just a piece of performance art arranged by James Franco.

At the end of the day, we can all hope the trio will work things out, because they are a fambily. And speaking of, shout out to my friend Miranda who brought it to my attention that the sisters sang the theme song for the early-2000s Disney animated series, Proud Family. Never forget.

Now, cue the “Drunk in an Elevator” spoofs.

Usually when your grandma discovers social media, it can be an embarrassing disaster. Not if your grandma is a badass bitch, though. Enter Baddie Winkle.

With a Twitter and Instagram tagline that reads, “stealing your man since 1928,” Baddie lives up to her name by posting pictures of her babely outfits, words of wisdom and videos of her twerk game. BuzzFeed calls her “the most hardcore grandma on the Internet.” And she’s a local! Baddie hails from Williamstown, Ky., just a few miles south of Cincinnati on I-75. Represent, Baddie!

BREAKING: Add another layer to this meta-ception. 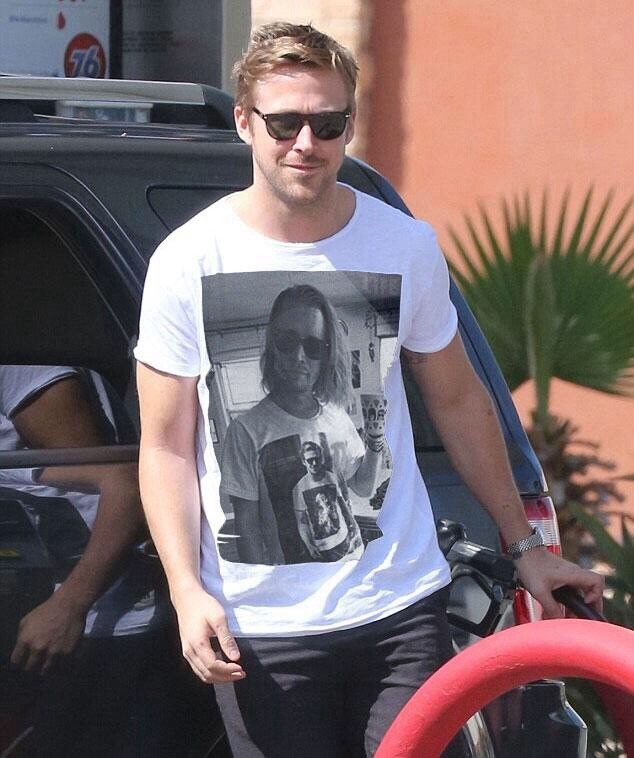 (Totally ‘shopped, but I don’t care)

Like it or not, Ben Affleck is the new Bruce Wayne in the upcoming (and still untitled) Batman vs. Superman movie. Check out the first look at the actor in character with the new and improved bat suit and Batmobile here.

Plenty of great authors have odd writing process quirks, and A Song of Ice and Fire/Game of Thrones creator George R.R. Martin discussed one of his writing secrets on Conan this week. When asked if he was ever worried about a computer crash or virus deleting any of his lengthy works-in-progress, the writer revealed he uses WordStar 4.0 on a DOS — essentially a dinosaur of a word processor on an ancient computer not connected to the Internet. Because when you’re writing fantasy work about the Middle Ages, you get into character as much as possible.

Game of Thrones is in the final four episodes of the season, but we’re in for a bevy of new and returning shows this summer. Check out this week’s TV column for a summer show preview. We’re really looking forward to HBO’s The Leftovers and Cinemax’s The Knick, to name a few.