One good thing about Halloween falling on a Thursday is that we get two weekends of celebrity costumes to dissect.

Heidi Klum always pulls out the stops for Halloween, hosting a major bash every year. And her costumes are always over-the-top. This year is no different, though Heidi wasn’t dressed in a crazy cyborg suit or a scary Kali goddess getup — Ms. Project Runway was unrecognizable as an old ass lady!

There’s a 15 percent chance this is actually just Heidi Klum after a week with no Botox, green juice or airbrush artists.

There are essentially three categories in which Halloween costumes fall: “sexy” costumes, offensive costumes and pop culture costumes. As Julianne Hough proved with her Orange Is the New Black-face ensemble, it’s typical for costume categories to overlap. Here are my fave star costumes of the year, which happen to all be celebs dressed as other celebs. #meta 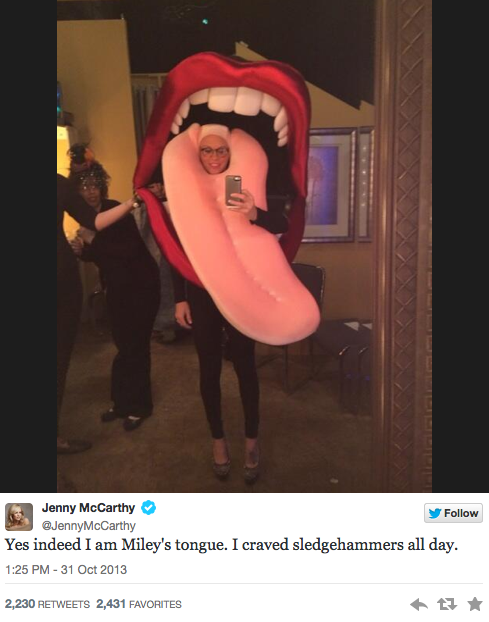 So apparently "funeral selfies" are a goddam thing – Bust, The Atlantic, Jezebel and others are all talking about the trend this week. Some people argue that kids of the digital age don’t know how to express their feelings except by documenting every passing moment — no matter how somber — on social media. This is just the modern way of grieving! Which actually make sense because, come to think of it, when I went to a funeral as a young teen, all the kids would snap self-portraits in church with disposable cameras, run to Walgreen’s afterward and then scan them to our LiveJournal pages — hashtags just weren’t invented yet! Oh wait, none of that actually happened because that’s fucking strange behavior no matter your generation.

Guy Fieri né FERRY is all over the news this week. The intolerable TV “chef” got into a recorded altercation with his drunk hairdresser who had just gotten sloshed on a plane (taking them to Flavortown, I presume).

Fighting is never the answer, children, but who wouldn’t want to beat down the person responsible for basing a real hairstyle... 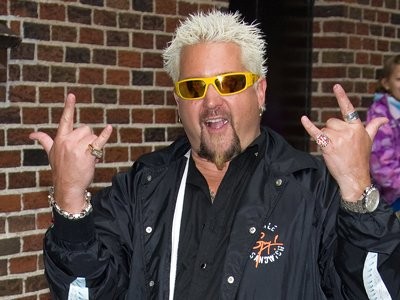 ...off of a hat primarily given as a gag gift:

Two days after the cat fight, the King of Donkey Sauce found himself in court testifying against the man who allegedly stole his neon yellow Lamborghini (which is equally as obnoxious as Guy himself), resulting in one of the best trial sketches of all time. 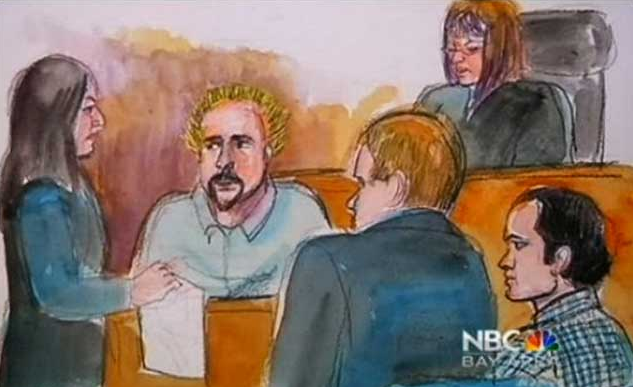 From one example of tragically iconic headwear to another, Limp Bizkit’s Fred Durst is working on a CW show about his life. The only way this could possibly come to fruition is if the CW audience of 12-19-year-olds watch out of ignorance ("What's a limp biscuit?").

While the child in me is ready to cannon ball into this vast abyss of happiness, my realistic adult side can only assume there are exponentially more snakes, dead rats and petrified diapers at the bottom than regular ball pits…

Everyone wants to be like the “cool kids.” It’s the reason many people pick up smoking, get tattoos or experience really bad spray tans — to emulate some super hip senior in school. So it goes without saying that Harrison Ford is a perpetual cool kid. When Ford appeared on Late Night with Jimmy Fallon to chat about Ender’s Game, Fallon was captivated by Ford’s cool grandpa pierced ear. So captivated, in fact, that he allowed Ford to pierce his own. In front of a live audience. FOR REAL. From Ford’s piercing procedure to his choice of jewelry, the result was TV gold.

Da Ali G is back! Sacha Baron Cohen is reviving his original character for the new network FXX. The channel will air old episodes with new material (intros to skits — not full new episodes, though) in February 2014. Respek.

This week in Craigslist Perfection: Local Edition — Are you a tall, handsome man who works at or frequents the Northside Tavern? Your great-great granddaughter has traveled from the future to meet you. Details here.