'If You're Doing Something Cool, CityBeat Will Find You' Says Stuart MacKenzie of NSYC, Jerry's Jug House 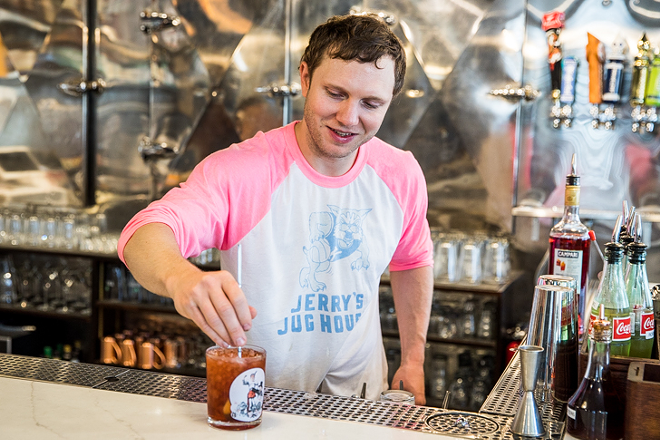 CityBeat has been absolutely integral to Cincinnati’s rebirth and renaissance. This diehard altweekly has been Cincinnati’s forever champion, seeking out and highlighting our city’s diamonds in the rough, and making voices heard that would otherwise remain silent.

Many a restaurant, band, artist and playwright’s career has been launched by their coverage. Besides breaking local arts news, it covers local politics in a fair and balanced way and catches local issues that would have otherwise been swept under the rug. It’s a one-stop-shop for every Cincinnatian’s needs, and looks good doing it — the photography and writing are industry-leaders (just check their awards).

Personally, their coverage of my band led to write-ups in national publications like VICE magazine and a major label record deal. Their story on my restaurant — the Northside Yacht Club’s — Halloween pop-up was a trending thread on the front page of Reddit. They consistently deliver human-interest stories that reflect the heart of the community. They have their finger on the pulse of the city and their coverage keeps entrepreneurs building and taking risks. If you're doing something cool, CityBeat will find you and let the rest of city — and sometimes world — know.

As a music venue owner, CityBeat also highlights national acts that come through, making the city a stop on most national tours. If CityBeat was gone, there is no doubt in my mind that Cincinnati would lose its status as a sought-after tour destination. CityBeat's diverse coverage also gives voice to minority opinions that otherwise may not be heard.

Its topics are newsworthy, and it covers all of Greater Cincinnati's neighborhoods instead of just the well-known hot spots. Their Best Of Cincinnati and Cincinnati Entertainment Awards add national legitimacy to bars, restaurants and bands. They give the public a platform to vote and publicly support their community institutions.

They are the glue that binds us and the voice that gives legitimacy to our hard work.