That's how many guns were confiscated by TSA agents in Ohio in carry-on luggage last year. 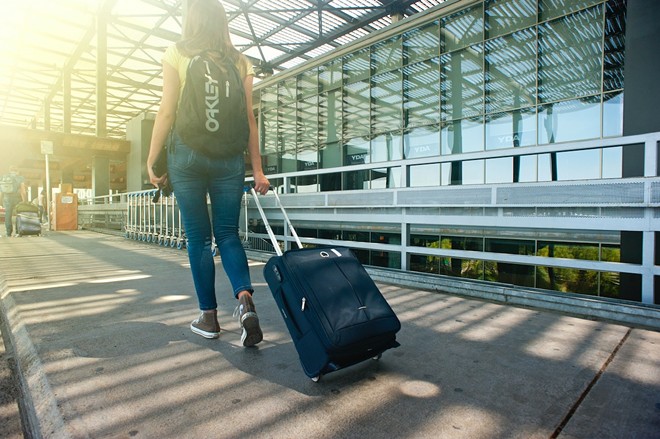 Photo: Oleksandr Pidvalnyi, Pexels
Bringing a gun onto a plane can come with fines as high as $250,000 and up to a decade in prison.

Ninety-two people tried to bring a gun onto a plane on flights departing from Ohio last year, according to the TSA.

Photo: Via TSA
Yes, it is definitely illegal to bring a gun on a plane.


These were people packing heat as a carry-on, which, if you didn't know, is definitely illegal.


Passengers can check unloaded and locked guns so long as they are in a hard-sided container, according to the TSA's website. Individuals caught trying to carry on guns could receive a several-thousand-dollar fine, as well as a criminal referral to local law enforcement, according to California-based attorney William Kroger's website.

Those 92 people caught with guns at a Lambert's TSA checkpoint ought to consider themselves lucky. If they would have gotten the gun onto the plane and then been caught with it, they would be looking at a fine as high as $250,000 and up to a decade in prison.

This assumes they weren't trying to use the gun to commit a hijacking or an act of terrorism, in which case they could face charges for, well, hijacking or terrorism.

TSA found 448 guns at Atlanta's Hartsfield-Jackson Airport in 2022 — the most in the nation, followed by two airports in (no surprise) Texas: Dallas Fort Worth International (385) and Houston’s George Bush Intercontinental Airport (298).

Also in bringing-guns-onto-planes news, last week someone tried to bring a rocket launcher onto a flight in San Antonio.

This story was originally published by CityBeat's sister publication, Cleveland Scene, with reporting by Ryan Krull.