In Our Backyard: Ohio Is One of the Worst States in the Nation for Human Trafficking

According to the Ohio attorney general, in 2020 there were 148 total potential victims of sex trafficking and 94 potential traffickers. 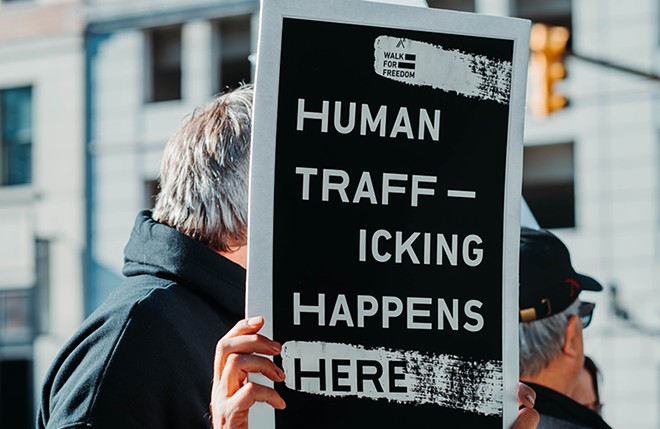 Photo: Hermes Rivera, Unsplash
Traffickers use force or fraud to compel both children and adults to provide commercial labor or sexual services.

Modern-day slavery exists in the form of human trafficking, and Ohio is among the top 10 states with high rates of the crime, according to a report from the Ohio Attorney General.

Traffickers use force or fraud to compel both children and adults to provide commercial labor or sexual services.

Rosa Beltré, president and CEO of the Ohio Alliance to End Sexual Violence, explained five major highways with easy access to Canada and the Midwest position Ohio as a hub for human trafficking. She noted the state is also vulnerable because it has both large urban centers and rural areas, as well as a large immigrant population.

"It does happen in our backyard," Beltré emphasized. "We can all help by being in-tune, looking at the signs of physical abuse, of fear. They can also only be empathetic, and just being intentional about being catalysts of change."

Today, Jan. 11, is National Human Trafficking Awareness Day, and Beltré encouraged Ohioans to wear blue to support the cause.

According to the Ohio Attorney General's Office, in 2020 there were 148 total potential victims of sex trafficking and 94 potential traffickers. Beltré stressed it is a myth all cases involve kidnapping or physical force, since many offenders use psychological manipulation to trick or groom the victim.

"It is not always the white van that is circling around the neighborhood that is abducting people from their homes," Beltré pointed out. "Sometimes we are so focused on the wrong things that we miss the things that are real and are occurring."

Human trafficking is not only prominent among women and young girls, but there is evidence LGBTQ+ individuals and people of color are more likely to be targeted.

Beltré added bystander intervention is important, and encouraged people to report suspected human trafficking by texting 233733 or by calling the National Human Trafficking Hotline at 1-888-373-7888.