Is Ohio One of the Most Fun States in the Nation? Maybe, a 2021 Report Says

WalletHub ranked every state according to its entertainment, recreation and nightlife opportunities. 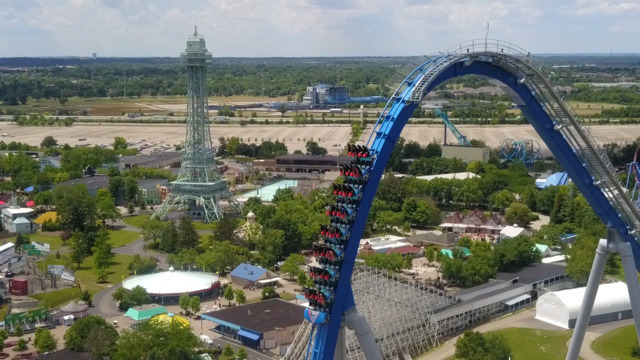 Would you call Ohio "fun?" Sure, the Buckeye State is beautiful, with a nice mix of urban skylines and rolling, corn-dotted landscapes.

But is it fun?

A new study from WalletHub points to yes. The finance resource website says that Ohio is among the top 15 "most fun states in America" for 2021, looking at the state's entertainment options like movie theaters, parks and bars.

In an email, WalletHub tells CityBeat that Ohio is No. 8 in the country for golf courses and country clubs per capita and No. 9 for movie theaters per capita.

Ohioans also can balance out their fun, it seems, with the state coming in at No. 14 in both restaurants and fitness centers per capita. But even with two of the country's biggest and most beloved amusement parks — Kings Island in Cincinnati and Cedar Point in Sandusky — Ohio still ranks only at No. 25 in that category.

Kentucky doesn't rank so well on the fun meter, apparently. The Commonwealth is way down at No. 42 overall on WalletHub's list of fun states, with 25.60 points.

To probably no one's surprise, California is the nation's most fun state, also coming in at No. 1 in entertainment and recreation and No. 5 in nightlife. West Virginia fares the worst at No. 50; it also is No. 49 in both entertainment and nightlife.

See WalletHub's full report on the most fun states in America for 2021.