Is Raising the Smoking Age Enough to Stop Teen Tobacco Use in Ohio? 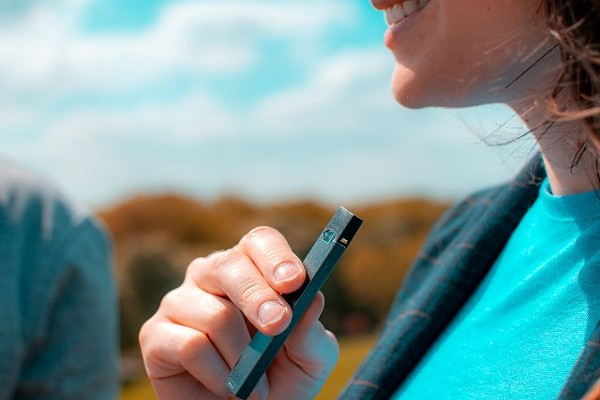 Ohioans will now have to be 21 years old to buy tobacco products, but supporters say that isn't enough to keep teens away from them.

On July 18, Gov. Mike DeWine signed the budget bill, increasing the legal age to buy cigarettes, cigars, vaping supplies and other tobacco products from 18 to 21 years old. This legislation comes after a national campaign, Tobacco 21, was sponsored by the Preventing Tobacco Addiction Foundation and aimed at preventing tobacco addiction in teenagers.

Ohio joins 17 other states that have already raised the legal age to 21. Research shows teen vaping is a growing health concern because teens who use e-cigarettes as their first tobacco product will be more likely to smoke cigarettes when they're older.

Also, the adolescent brain is not fully mature until age 25, said Wendy Hyde, Ohio director of Tobacco 21, and nicotine negatively affects the prefrontal cortex. Supporters of Tobacco 21 believe the creative, sneaky marketing by e-cigarette companies, like JUUL Labs, was just a new way to lure adolescents into nicotine and tobacco addictions. From desirable flavors, like mint and mango, to a sleek, techy design, Hyde believes the "JUUL Epidemic" is a big factor of what she describes as a "public health crisis."

"We're now dealing with tobacco use rates that we haven't seen since the 1990s and nicotine addiction in our adolescents and youth," Hyde said. "All coming really from e-cigarettes, particularly JUUL, and those types of sleeker devices."

Hyde views the restricted access of tobacco and vaping products to youth as only a marginal victory. An undercover research study showed half of tobacco retailers nationwide do not ID teenagers. Industry officials, Hyde says, are well aware of this problem and consider the age increase just one factor in stopping teen tobacco use.

"We need to change the way our laws are written so that retailers are held accountable for continuingly selling these products to those who are underage," Hyde said.

Despite what critics believe are clever marketing tactics aimed at teenagers, JUUL Labs insists it supports restricting the underage use of its vaping products.

"We applaud Gov. Mike DeWine for raising the purchasing age for all tobacco products, including vapor products, to 21 in Ohio," JUUL Labs CEO Kevin Burns said in a statement. "We won't succeed in providing the world's one billion adult smokers with a true alternative to combustible cigarettes, the number one cause of preventable death in this country, if youth-use continues unabated."

According to a statement on Tobacco 21's website, raising the age to 21 is only effective if there is enforcement of retailers to stop selling tobacco products to teenagers. The organization suggests using health department inspectors to insure retailers are complying with the legislation.

Jeff Stephens, the Ohio Government Relations Director with the American Cancer Society's Cancer Action Network, worked with legislators to create an effective Tobacco 21 legislation for Ohio. Stephens said he was initially happy to help the Tobacco 21 campaign and was glad to see there was finally an initiative to stop underage smoking and vaping in Ohio. However, he also believes the legislation is disguising the larger problem, in that retailers will continue to sell to underage customers so they don't lose business.

"You can't just scratch out 18 and put in 21," Stephens said of the new legislation. "And we know that youth access laws are currently the least effective way to prevent tobacco use."

Stephens explained that youth access laws are ineffective because some retailers refuse to stop selling tobacco products to teenagers. Once the youth become aware of this, they continue to buy from those retailers who don't check identification.

There is very little enforcement or repercussions for retailers who continually sell tobacco products to minors. Current penalties for selling tobacco to a minor could include a fine or revoking a retail license, but very few compliance checks ever take place, Stephens explained.

Stephens believes the administration will continue to work on the policy and strengthen it though the lawmaking process.

"In the end, it wasn't the best policy that's come out," Stephens said, "but we're confident that the administration is going to strengthen the policy through the administrative rules process."