J.D. Vance Gets Out of Jury Duty for Starting 'New Job'

J.D. Vance is out of Hamilton County jury duty, for now. 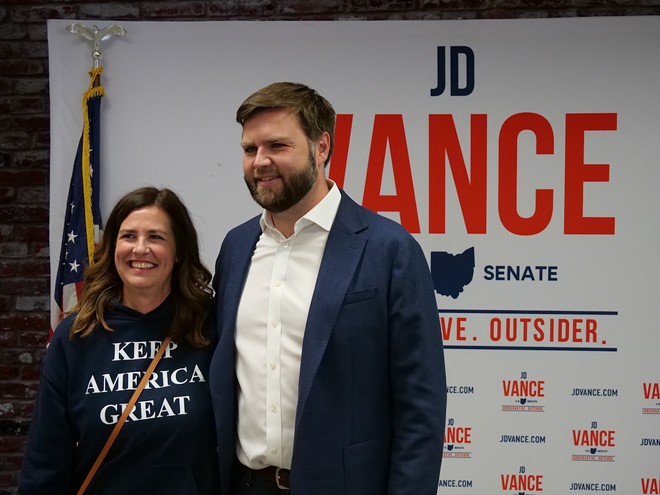 Photo: Madeline Fening
J.D. Vance got out of jury duty on Nov. 14 for starting U.S. Senate orientation, but officials at the Hamilton County Courthouse say he might have to come back to perform his civic duty.

While J.D. Vance will soon make decisions on behalf of Ohioans as Senator-elect, at least one Hamilton County citizen has been spared his judgement this week.

Vance, who lives in Cincinnati's East Walnut Hills neighborhood, tweeted a picture of himself outside the Hamilton County Courthouse on Nov. 14 saying he was dismissed from jury duty.

"At the Hamilton County Courthouse, where I was just dismissed from jury duty," Vance tweeted. "Reason given: orientation for a new job starting tomorrow."


At the Hamilton County Courthouse, where I was just dismissed from jury duty. Reason given: orientation for a new job starting tomorrow 😂 pic.twitter.com/TlyVWsXCdH

"Bailing out of civic duty already huh?" one person responded on Twitter.

Bradley Seitz, chief deputy jury commissioner with Hamilton County, tells CityBeat he couldn't "interpret his tweet" but that Vance could end up performing his civic duty after all.

"It was a postponement of his jury service," Seitz tells CityBeat. "Up to six months."

Vance will undergo U.S. Senate orientation in Washington, D.C. until he is sworn in on Jan. 3. Vance beat Democratic opponent Tim Ryan in the midterm race with 53% of the vote after months of razor-thin polling. Vance's win was one of only a handful for Republicans in a midterm election forecasted as a possible "red wave."

Hours after leaving the Hamilton County Courthouse, Vance tweeted a link to an op-ed he penned for The American Conservative titled "Don't Blame Trump."


"I’ve seen enough bad election analysis from people with no skin in the game," Vance tweeted. "Here’s a candidate’s view of some problems with the midterms."


The article shrugged off criticism of Former President Donald Trump's lackluster impact on Republican wins during the midterms, instead blaming funding gaps between Democrats and Republicans.

Vance also emphasized "the need for voting reform in this country," which to Vance means, "appropriately narrow windows to return ballots."