Joe Burrow Is a Cover Boy, and 8 Other Greater Cincinnati News Stories You May Have Missed This Week 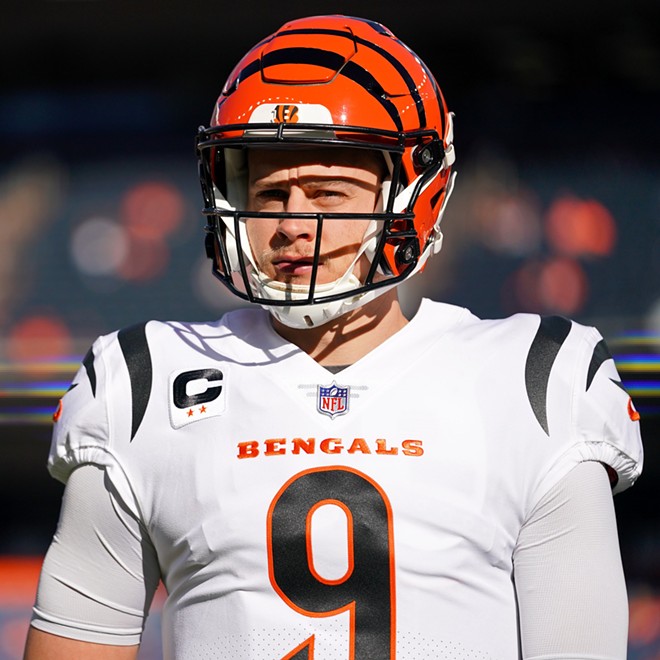 Students throughout Greater Cincinnati are heading back to class, but there are plenty of issues that both parents and teachers are questioning, including masking and curriculum. Meanwhile, the price of Cincy's favorite cheap indulgence has gone up, racist cops finally might face some real consequences and two beloved Bengals are making big moves. Catch up on the week's big headlines below.

Masking Not Required for Cincinnati Public Schools, Despite Administration’s Own Safety Plan
According to the CPS 2022-2023 safety plan, district policy #5321 says the administration "shall inform the board and recommend requiring masks" when the community spread of COVID-19 is high in Hamilton County, as defined by the Centers for Disease Control and Prevention. But according to the CDC, Hamilton County has had a high level of community spread for COVID-19 since July 22. Read CityBeat's story for what CPS officials said when we asked them about the discrepancy.

Cincinnati Leaders Propose Zero-Tolerance Policy for Police Officers Caught Using Racist Slurs on the Job
Should Cincinnati Police Department officers be dismissed for using racist language? That's not the policy now but it could be in the future. City leaders have characterized the recent suspension of two Cincinnati Police Department officers who used racist slurs as being too light of a consequence, and officials now are proposing edits to the city’s non-discrimination policy that would permit firing employees who use such language upon their first offense. Read CityBeat's story about how the code changes differ from the city's current policy.

Cincinnati Bengals Quarterback Joe Burrow Graces Sports Illustrated Cover for September
Come on. We all knew he was cover-boy material. Cincinnati Bengals quarterback and fashion icon Joe Burrow's star has been rising, and now he's got one more way of proving it. Burrow is featured on the cover of the September issue of Sports Illustrated, which began hitting newsstands Aug. 17. Read CityBeat's story about the honor and see what Burrow looks like on the issue's cover.

Study: 90% of Ohio Parents Trust Teachers to Choose Class Content
According to a study conducted over six months by the Children’s Defense Fund-Ohio in partnership with Baldwin Wallace University’s Community Research Institute, parents overwhelmingly say that customized, relevant support should include "evidence-based curriculum and instruction" and school curriculums and instructional materials should be "relevant to the life experiences, cultures and languages of their students." That's the opposite of subjects that Ohio's conservative politicians are trying to legislate away from schools. Read CityBeat's story about Ohio parents' demand for accurate education.

Attorney: Louisville Police Officer Charged In Breonna Taylor Case To Plead Guilty
Officer Kelly Goodlett plans on pleading guilty to a federal charge that she conspired to falsify a warrant for Breonna Taylor’s home, Goodlett's attorney has said. Goodlett is one of four former LMPD officers who were federally charged earlier this month in relation to the March 2020 police raid that killed Breonna Taylor, a 26-year-old Black ER tech whose death ultimately sparked months of protests in Louisville. Read CityBeat's story about the charges against Goodlett.

Texts, Calendars, Emails Link Ohio Gov. Mike DeWine to FirstEnergy’s Bribery Scandal
DeWine and his administration played a hands-on role passing an allegedly pay-for-play nuclear bailout and appointing an industry-friendly regulator who has since been accused of taking a $4.3 million bribe, documents and messages show. Calendar records show DeWine, a Republican, met repeatedly to discuss energy policy with FirstEnergy Corp. officials and at least once with GOP House Speaker Larry Householder, who has been criminally accused of taking a separate, multimillion-dollar bribe from the company to pass the bailout. Read CityBeat's story about other records that link DeWine to the scandal.

Here's Why Cincinnati Cyclones' Dollar Beer Night Is Now $2 Beer Night
For years, the Cyclones have attracted hockey fans to Heritage Bank Center with its highly anticipated dollar-beer promotions. But when the team released its 2022-2023 promotional schedule this week, fans noticed that the $1 beer promotions have become $2 beer promotions. Read CityBeat's story about why the Cyclones doubled the price of the brews.

'Unreasonably Cold, Snowy' Weather Predicted for the Cincinnati Area this Winter
It's only August, but we're already fretting about winter. According to the Farmers' Almanac, it will be "unreasonably cold and snowy" in the Ohio and Northern Kentucky region this year. Read CityBeat's story about what else the Almanac predicts for Greater Cincinnati.