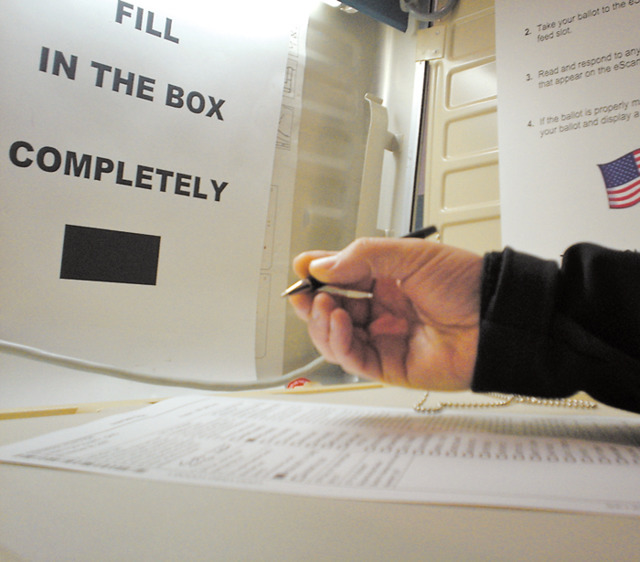 “It’s disturbing that this week’s planned voter purge will go forward even when the secretary of state’s office has admitted there is an ongoing investigation into errors that resulted in thousands of Ohio voters being improperly -- and we contend, unlawfully -- flagged to be removed from the rolls," Ohio Democratic party Executive Director Greg Beswick said in a statement. "The specter that any active voters are purged due to government error, and no fault of their own, is unacceptable."

ORIGINAL STORY: The Ohio Democratic Party Aug. 30 filed a lawsuit in federal court seeking to block the removal of more than 200,000 inactive voters from the state's voter registration rolls starting next week.

Ohio Secretary of State Frank LaRose acknowledged that an error by a software vendor led to at least 1,600 voters being mistakenly included on a list of voters to be purged from the registration list. The Democratic Party, however, says there have been far more mistakes. A coalition of voting rights groups, including the League of Women Voters of Ohio, says it found more than 4,000 active voters on the purge list and another 17,500 who had voted as recently as 2018.

“What we’ve seen over the past few weeks is one revelation after another that the lists used to purge voters from Ohio’s rolls have been strewn with errors," Ohio Democratic Party Chair David Pepper said in a statement. "Despite all of these mistakes, the secretary of state is still planning to go through with his planned voter purge on Sept. 6, less than a week before a primary election set for Sept. 10."

Democrats want LaRose's office to individually review every voter slated for removal from the registration rolls.

LaRose says the state takes measures to alert voters who are in danger of being purged, and that his office is also making overtures to those who aren't registered to vote by sending out postcards to more than 168,000 eligible but unregistered voters.

LaRose has also proposed making it possible to register to vote while renewing a driver's license or interacting with other state agencies.

Voters on the purge list receive a "last chance" postcard from their local board of elections. Those postcards went out in July — including to more than 1,000 people in Franklin County who should not have received them.

“We will continue to work with organizations and churches across the state to locate Ohioans who want to stay active while also working with the General Assembly to improve the process we use for list maintenance in the future,” LaRose said in a statement.

Critics of the law say it unnecessarily keeps some voters from exercising their right to vote and that not everyone gets the final notice mailers the state sends. Proponents, however, say that many of those on the lists have moved out of the state or died.