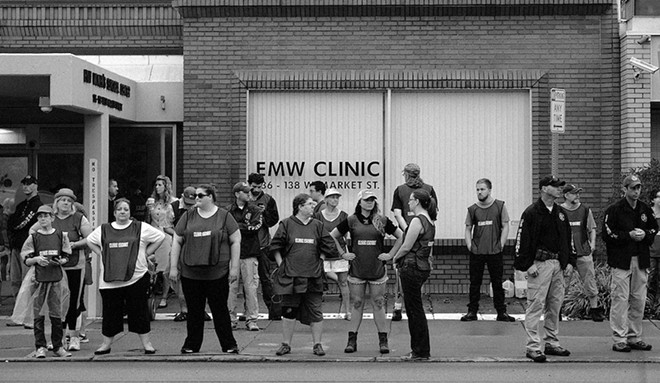 The ruling means there is no longer a federal constitutional right to an abortion, which sets off a Kentucky “trigger law” that effectively ends abortion access in the state.

Kentucky’s law, which was passed in 2019, bans abortions except in order to prevent the death or serious risk of death of a pregnant woman. Under Kentucky’s trigger law, any person who performs an abortion or provides medication to terminate a pregnancy can be charged with a Class D felony, which is punishable by up to five years in prison.

Kentucky is one of 13 states that have a trigger law in place.

The ACLU of Kentucky said in a statement that its Louisville-based client, EMW Women’s Surgical Center, has stopped providing care while the group analyzes the court’s opinion. The ACLU of Kentucky also said it plans to file a lawsuit in state court arguing the Kentucky Constitution allows for the legal right to access abortion.

“Whatever shifting barriers anti-abortion judges and politicians put before us, we will never stop fighting for people’s ability to make their own reproduction health care decisions, including whether and when to become parents,” said Heather Gatnarek, ACLU of Kentucky staff attorney. “No one should have the decision to remain pregnant forced upon them, which is what anti-abortion politicians seek to do.”

The ACLU of Kentucky and Planned Parenthood Alliance Advocates will also hold a press conference and rally at 4:30 p.m. on June 24 outside of the Gene Snyder Federal Building in downtown Louisville.

Planned Parenthood and EMW Women’s Surgical Center are the only two abortion remaining providers in Kentucky at the time of the decision.

According to an analysis by the pro-choice Guttmacher Institute, Illinois and Virginia will be Kentucky’s only neighbors that are not certain or likely to ban abortion after the decision.

In May, a leaked copy of a draft Supreme Court majority opinion indicating that Roe v Wade would be overturned was published by Politico.

In a social media post on Friday, Kentucky Lt. Governor Jacqueline Coleman said that the ruling caused an “extreme, total ban” in the Commonwealth.

“Today’s Supreme Court ruling means that now in Kentucky, a 12-year-old girl who is raped and impregnated by her father, has no options. It is unconscionable that this extreme, total ban provides no exception for that child or any other survivors of rape or incest,” Coleman wrote.

Craig Greenberg, the Democratic nominee in Louisville’s mayoral race, said the decision would be “devastating.” He also said that, if elected mayor, the Louisville police would not be “the enforcement arm of a ban.”

“The health of women in Louisville is now in jeopardy and the shameful reality is that some women in our city will lose their lives because of this decision,” Greenberg said in a statement. “As Mayor, I will do everything within the city’s power to limit the damage of this decision. I pledge that our city’s police will not be the enforcement arm of a ban on reproductive healthcare, be it abortion or other medical decisions.”

State Sen. Karen Berg — a diagnostic radiologist who has done ultrasounds for women in the first trimester of pregnancy — has been a fierce advocate for abortion rights in the state.

In a statement on Friday, she said, “Today’s decision is disastrously wrong and devastating for Kentucky women. In an unprecedented move, the Court has taken a guaranteed right away and has now placed politicians firmly in control of our bodies. For Kentuckians, this means women will now need to travel hundreds of miles to get the healthcare they need. As I have said over and over again: if you are anti-abortion, don’t get one. But we don’t get to decide for other human beings what they do with their bodies. This decision will have a profound impact on millions of Americans, and while we are furious today, I will never stop fighting for the rights of people to make their own healthcare decisions.”

Kentucky House and Senate Democratic Caucus Leaders Joni Jenkins and Morgan McGarvey — who is also the Democratic nominee for House District 3 — said that the ruling was regressive for the state and country.

“This abhorrent ruling erases nearly 50 years of the court’s own precedents while sending women’s reproductive rights — and risking others like same-sex marriage and rights to contraception — back to the 1700s; it goes against the views of a durable majority of Americans; and, most critically, it needlessly and cruelly threatens the lives of millions of women while telling them they no longer have authority over their own bodies,” they said in a statement. “This is beyond wrong, and we stand with those who will fight with all we have to overturn this travesty as soon as possible.”

“We now know with certainty that three Justices lied under oath to get to the Supreme Court, and that’s not the worst part. Adding insult to perjury, they have used their ill-gotten power to strip away women’s constitutional right to bodily autonomy and rob them of personal choice. Let’s be clear: This means people will suffer. It means women will die. This is the path Mitch McConnell chose when he shredded the Constitution to rig the court with ideological zealots unbothered by the struggles of everyday Americans. This is a dark day for America. Every politician who celebrates it must be shown the door this November.”

Attorney General Daniel Cameron, who is running on the Republican ticket for governor, called the news “positive.”

“Today is a day that many have hoped for—the issue of abortion has been returned to the people and to the states, where it belongs.  This moment deserves to be celebrated, but it also calls for renewed commitment.  Renewed commitment to life-affirming care for the unborn, for mothers, and for Kentucky families.”

Gov. Andy Beshear, on the other hand, said the “decision triggers an extremist Kentucky law.”

“Today’s decision triggers an extremist Kentucky law that creates a total ban in Kentucky that will eliminate all options for victims of rape or incest,” Beshear said on Twitter.

Ohio Leaders, Organizations React to Supreme Court Reversal of 'Roe v. Wade': Elected leaders, candidates and organizers in Cincinnati and Ohio are sounding off on the Roe v. Wade reversal. 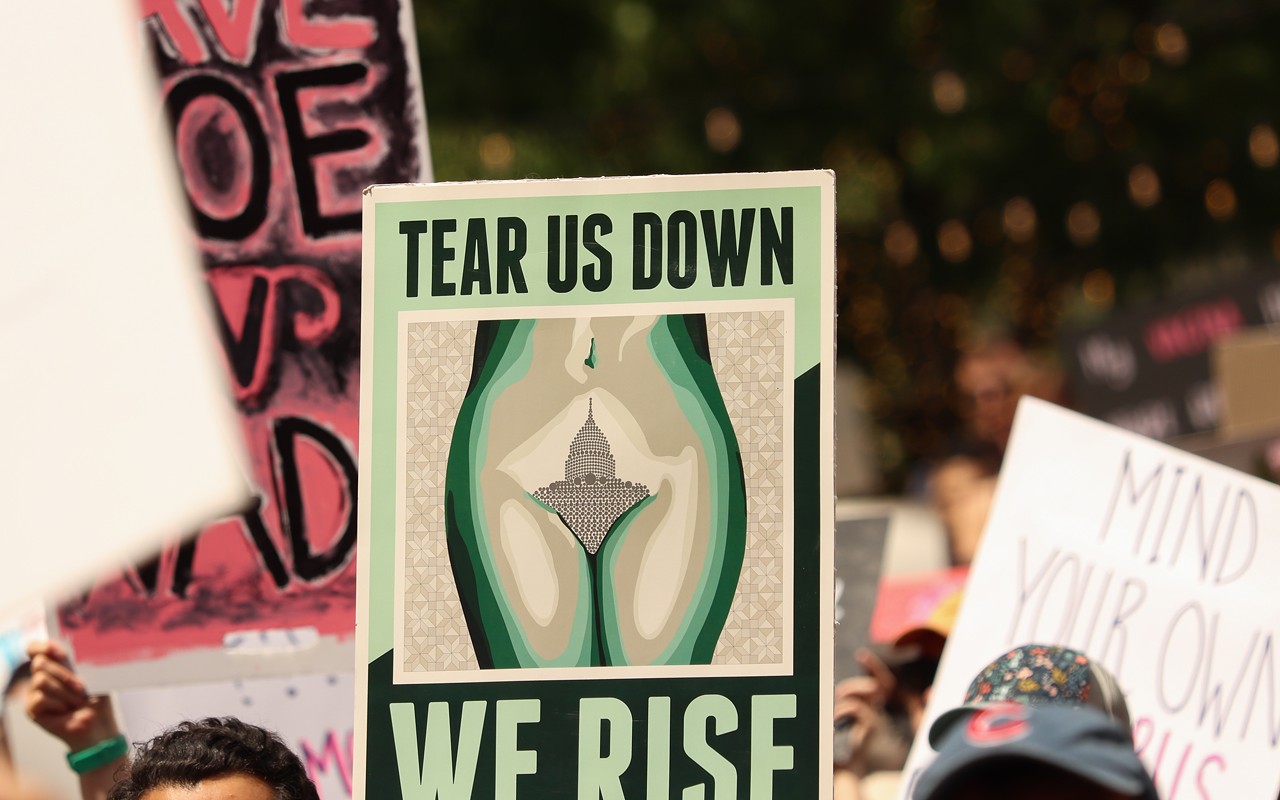 Ohio Abortion Bans on the Way Now That 'Roe v. Wade' is Overturned: The most recent abortion trigger ban, House Bill 598, would make abortion a fourth-degree felony, and promotion of abortion a misdemeanor offense. 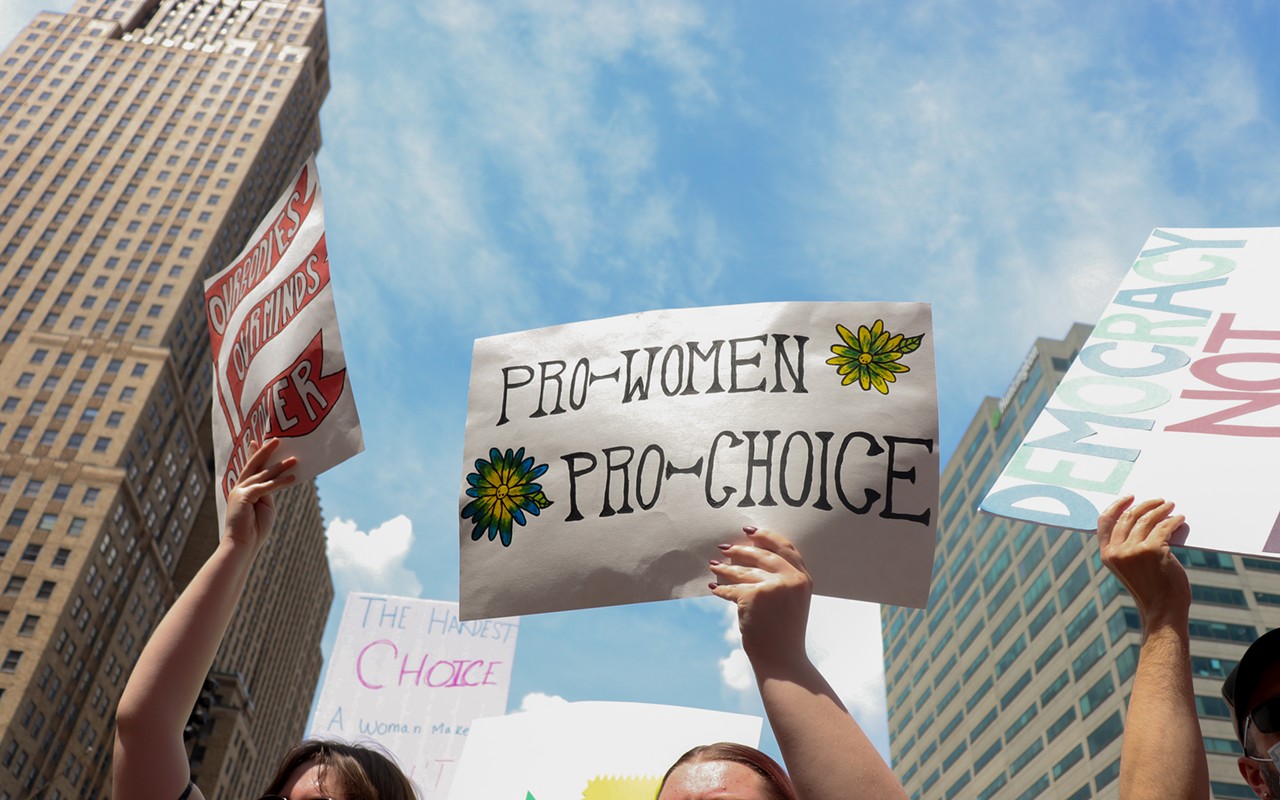