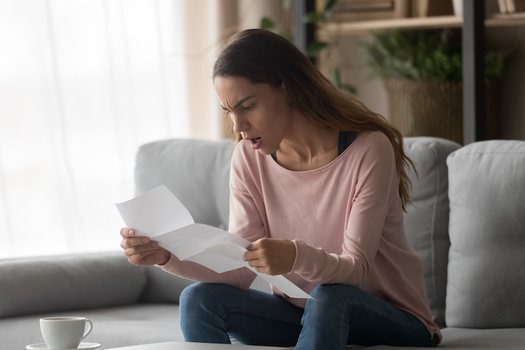 Community groups are banding together to push back against increasingly frequent rate hikes proposed by Kentucky utility companies.

Each year, the Kentucky Public Service Commission receives hundreds of applications to change rates and services.

Josh Bills, commercial energy specialist for the Mountain Association, said most of the cases go unchallenged.

He pointed out last fall, Kentucky Power asked for a 25% rate increase, its third in five years, saying the change was needed to help pay for new meters.

"They are also setting aside particular costs and passing those directly to customers as surcharges," Bills observed. "So, it's getting to be more and more complicated for a customer to look at their bill and understand what their rates are and how much they're being charged."

The Mountain Association and Kentuckians for the Commonwealth intervened in the case and brought ratepayers to the table to voice their concerns, with more than 250 people filing public comments.

The commission reduced the rate hike amount, but eastern Kentuckians' energy bills will still increase by about 12.5%.

Now, the Kentucky Solar Energy Society, Metropolitan Housing Coalition and other groups are intervening in rate cases filed by Louisville Gas and Electric, and Kentucky Utilities, with hearings expected next month.

Bills said it's critical to bring more community voices to rate cases, which largely go unnoticed by the public.

He noted Kentucky Power wants to overhaul its solar net-metering rates, an arrangement that allows customers to offset their electricity costs by investing in rooftop solar.

"It makes for a much more complicated system, on top of the complicated system that we have, but it could also bring just a world of benefits," Bills contended. "And so, we need to be open to the trend and direction that we're going, toward renewables; and renewables, you know, not centrally located."

He added for now, the commission has deferred weighing in on changes to solar net-metering, but a final decision is expected in May.

Bills shared he supports the Public Service Commission's work to ensure reasonable rates for residents, and emphasized it puts Kentucky in a different boat than Texas, whose wholesale energy shifted to a competitive marketplace, with massive consequences, after a historic storm left millions without power.

"We don't have that competitive wholesale going on where retail customers can choose the least-cost provider," Bills maintained. "We are limited to the electricity provider that supplies us. As such, they are wholly taking on that risk of what happens in extreme events."

Government forecasters expect nationwide power consumption to increase this year, after falling by more than 3% in 2020.