Kentucky Group Helps People with Past Felonies Register to Vote

More than 170,000 Kentuckians with past felonies have had their voting rights restored, but many may not be aware of the change. 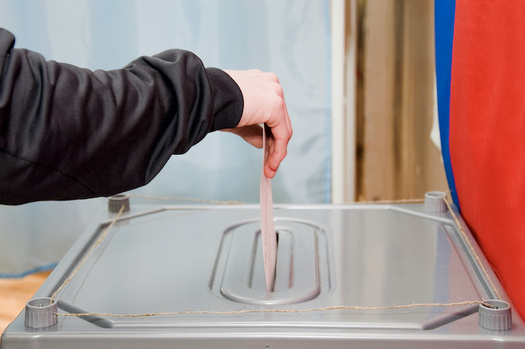 Photo: AdobeStock
In 2019, Kentucky was one of six states that made reforms to end voter disenfranchisement for people who were convicted of felonies but served their time.

More than 170,000 Kentuckians with past felonies have had their voting rights restored, but many may not be aware of the change.

Jessica Clark is a volunteer for the Kentucky Democracy Project, a new grassroots effort to get the word out before the Nov. 3 election. Her daughter owns a soul-food restaurant on the north side of Lexington, where Clark said you often can find her, sitting at table outside with voter-registration information. Clark said she and other volunteers will set up at different locations around town, every weekend between now and Oct. 5, the last day to register to vote.

"We will be social distancing, have our masks, hand sanitizer," she said. "First, we will verify that you're not already registered, then we'll answer any questions that you have. We'll guide you through the process. If you're eligible to vote online, we will help you with that."

The locations will be posted on the Kentucky Democracy Project's Facebook and Instagram pages. People with past felony convictions who want to verify if they are eligible to vote can visit civilrightsrestoration.ky.gov.

For some residents with past felonies, the path toward voting is complicated. Bill Rone lives in Lexington but originally is from Missouri. He served his time, completed parole and won back his right to vote in Missouri in 2014. Rone recently moved to Kentucky for a job, and was surprised to find he isn't eligible to vote here.

"I don't want to say it's an individual case, because I'm sure there's other people that move from state to state," he said. "I mean, think about that. I've been voting since 2014, and then I move here in 2019 and suddenly, that's taken away from me. That's really — it really struck me at the time."

Rone said there's no language in Beshear's executive order or any of Kentucky's voting laws to account for residents whose felony convictions occurred in another state. He said he's concerned that he won't be able to vote in November.

Information about the Kentucky Democracy Project is online at kentuckydemocracy.org and the executive order is at civilrightsrestoration.ky.gov.