The new cases are in Jefferson and Fayette counties with a second person diagnosed in Harrison County. Indiana has also reported a second confirmed case of the virus. 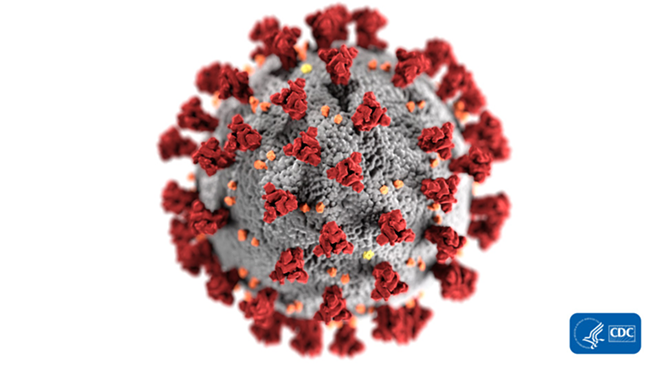 On Friday, March 6, the public was notified that the first cases of COVID-19 were confirmed in Ohio's neighboring states of Kentucky and Indiana. Both Kentucky Gov. Andy Beshear and Indiana Gov. Eric J. Holcomb have declared a state of emergency in their respective states.

The first Kentucky case was confirmed in Lexington and that patient is being treated in isolation at the University of Kentucky Chandler Medical Center after being first treated at Harrison Memorial Hospital. As of March 8, three additional cases have been confirmed in Kentucky.

According to a press release from the office of Gov. Beshear, the most recent cases are in Jefferson and Fayette counties and a second person has been diagnosed in Harrison county. All four patients are in isolation.

“We want to make sure Kentuckians have the information they need to take steps to prevent the spread of the virus,” said Gov. Beshear in the release. “While we do have additional cases, which we expected with the way this coronavirus has spread across the nation and world, Kentuckians should know the risk remains relatively low and they should not panic. We can all take proactive steps to reduce the risk of exposure for ourselves, our loved ones and our communities.”

Indiana has also confirmed an additional case of the virus in its state. The first case was confirmed in Marion County (where Indianapolis is located). The second case, according to a release from the Indiana State Department of Health, has been identified in an adult who resides in Hendricks County. That patient is "in isolation with mild symptoms and is not hospitalized at this time."

The release goes on to say, "The patient traveled to Boston in late February to attend the BioGen conference and developed mild flu-like symptoms on March 2. More than a dozen COVID-19 cases nationwide have been tied to the conference, including a Marion County resident who was identified Friday as Indiana’s first COVID-19 case. That patient also remains in self-isolation with mild symptoms."

Indiana State Health Commissioner Kris Box recommends anyone who attended the BioGen conference to self-quarantine at home and monitor themselves for symptoms including cough, fever or shortness of breath. If symptoms do develop, they should contact their health care provider or local health department.

Hendricks County health officer David Stopperich also said in the release, “Our health department and the entire medical community of Hendricks County have been working in conjunction with schools, emergency management and other organizations to develop plans to limit the spread of this disease. I ask anyone who thinks they might have symptoms of COVID-19 to call a healthcare provider so they can be evaluated by phone before going to a medical facility. This will help further limit any spread of this virus.”

According to the Ohio Department of Health, there are currently zero confirmed cases of the coronavirus in the state, four people are currently under testing for the disease, 10 have tested negative and 255 are are under health supervision. Those numbers and more are updated daily at coronavirus.ohio.gov.