Kentucky’s Medical Marijuana Bill May Not Be The Best, But Here's Why It Needs to Pass

House Bill 136 would allow medical marijuana only for certain conditions, including cancer, epilepsy and multiple sclerosis.

It doesn’t take a policy wonk or even a jaded journalist to understand that the Republican supermajority that holds all of the cards in the Kentucky legislature is intent on playing their heavy hand toward regressive, grandstanding bills to attack issues like LGBTQ rights, abortion and schools.

The old-school Republican hardliners and the new-age terrifying fringe right-wingers are, like always, looking to tear down existing structures — and make up problems where there aren’t any — just to enhance their tactics of fear, appease their base, then rinse and repeat.

The one surprising outcome from this year’s session so far is that a real, yet narrow, path has seemed to emerge for medical marijuana, although not exactly a super progressive one.

Rep. Jason Nemes, a Republican from Louisville, who has been championing Kentucky medical marijuana legislation for the past few years, recently achieved his biggest breakthrough yet — support from a powerful Senator who once opposed his bill.

He introduced a similar bill during the 2020 session. It passed the House, but was never considered in the Senate, with several members of the chamber’s leadership skeptical of it.

Sen. Whitney Westerfield, a Republican from Hopkinsville, who is the chairman of the Senate Judiciary Committee, was against Nemes’ medical marijuana bill that year — during the 2020 session, Westerfield told the Courier Journal, “I know it won’t get a hearing until I’m OK with it, and for sure I’ve still got questions right now.”

Last week, Westerfield tweeted out a statement saying that he will now support this year’s HB136, after several conversations with Nemes.

“I continue to have concerns about the risk of increased access to marijuana, particularly among youth and young adults for whom it remains a recreational and gateway drug,” Westerfield wrote. “However, I’ve heard too many stories, in my district and out, from those long suffering and their loved ones left behind, that marijuana brought comfort and relief when nothing else worked.”

Nemes told CityBeat sister paper LEO Weekly that during the last year and a half, he and Westerfield have met several times — including every other week this past summer — to read the bill together, address concerns and do research.

“He decided, after a lot of study and meeting with his constituents and reading the bill, literally line by line with me, he supports the bill and that’s a massively important development for the bill’s chances to pass the Senate,” Nemes said.

Currently, the bill is still sitting in the House, where it is expected to pass, but the Senate will be the challenge. And it is borderline laughable that this is so heavily contested, with 37 states currently providing some form of medical marijuana access, while 18 also allow legal access to recreational weed.

There are other, much better — and profitable — bills surrounding marijuana sitting in the General Assembly, but they are sponsored by Democrats, meaning they probably don’t have a shot in hell. House Bill 136 wouldn’t end all of Kentucky’s issues surrounding marijuana — most pressingly that people continue to get arrested and sit in jail for the same drug that is legally dispensed for fun one state over.

Moving forward, Kentucky could also use the tax money from complete legalization. But, for now, HB 136, is probably the state's best chance for people in pain to have a safe and effective avenue to something they need.

As Nemes told LEO: “I’ve said a number of times, if my child’s doctor said that medical marijuana would be helpful to them, I know what my wife and I would do: We would do what thousands of Kentuckians are already doing. And that is break the law.” 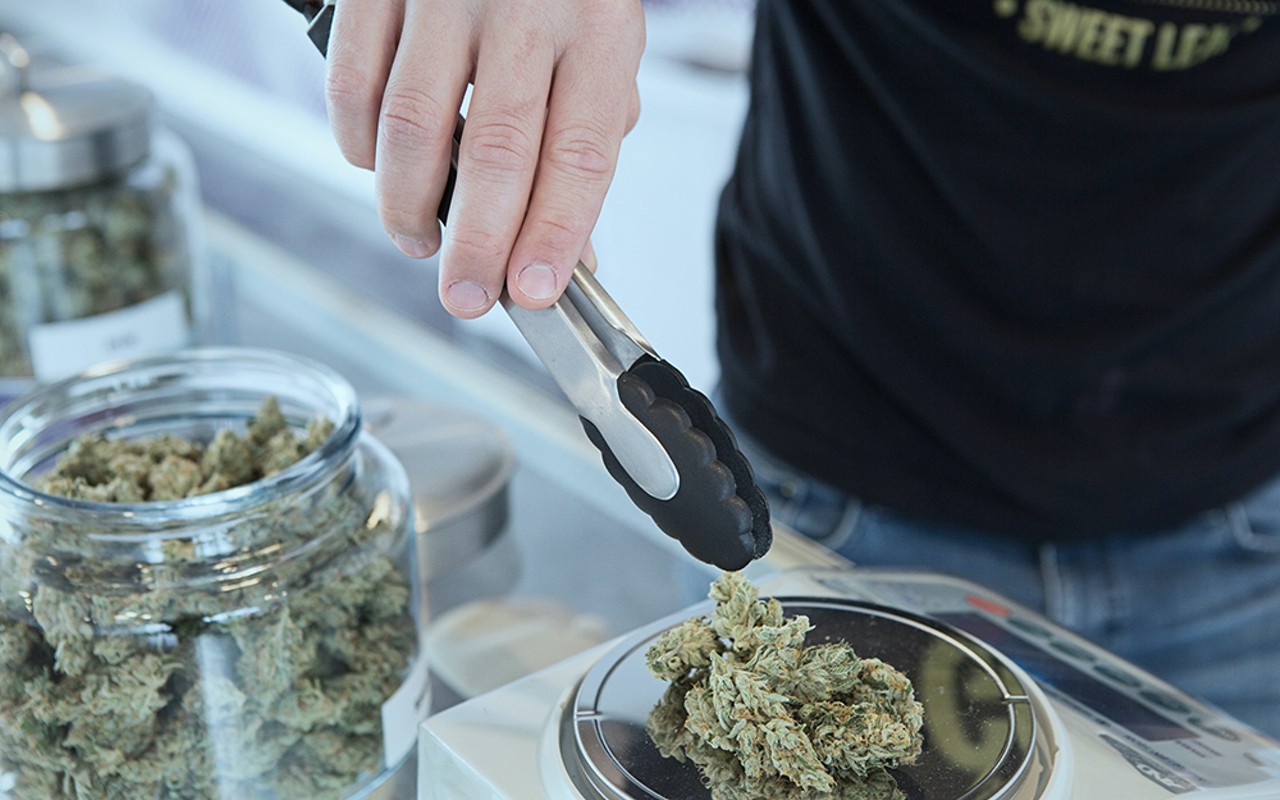 Kentucky Democrats Want to Skip Medical Marijuana and Go Straight to Full Legalization: "It is 2022. It’s time we end the prohibition on cannabis in Kentucky.”