Kroger to Limit Hours in Greater Cincinnati, Other Markets in Response to Coronavirus

Stores in Cincinnati and Dayton will be open from 7 a.m. to 9 p.m. starting Monday, March 16 in order o give employees a chance to restock and clean. 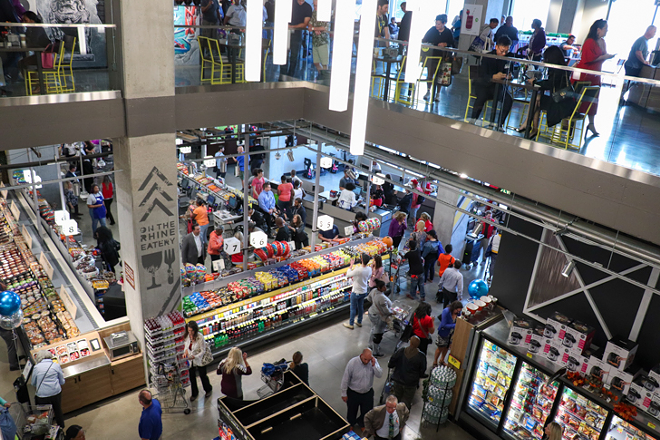 Mitchell Parton
Kroger on the Rhine in downtown Cincinnati

Cincinnati-based grocery giant Kroger will limit the hours its stores are open in Greater Cincinnati and other markets as part of its strategy to respond to coronavirus COVID-19, the Cincinnati Business Courier reports.

Those reductions in operating hours will allow staff to restock shelves and clean the stores, the company says.

Kroger locations around Cincinnati and Dayton will be open from 7 a.m. to 9 p.m. starting Monday, March 16. Those hours represent a reduction from current open hours at many stores, which open as early as 5 a.m. and close as late as 1 a.m.

Other markets including Houston and the Pacific Northwest  — the latter of which has been hit hard by the virus — will also see reductions in hours.

On March 2, Kroger announced it would limit the number of sanitary products and cold and flu medications customers could purchase at a time to try and prevent runs on those products.

Several area locations, including the Kroger on Winton Road in Finneytown, were out of toilet paper and hand sanitizer Friday. There are reports of similar outages at other locations. The company says it is working to replenish supplies as quickly as possible.

Kroger runs 2,757 stores under a variety of brand names in 35 states and Washington, D.C.