16-year-old Plush died in April 2018, after being trapped by a folding seat in his family’s minivan. His family contended that 911 responders did not prioritize his calls for help. 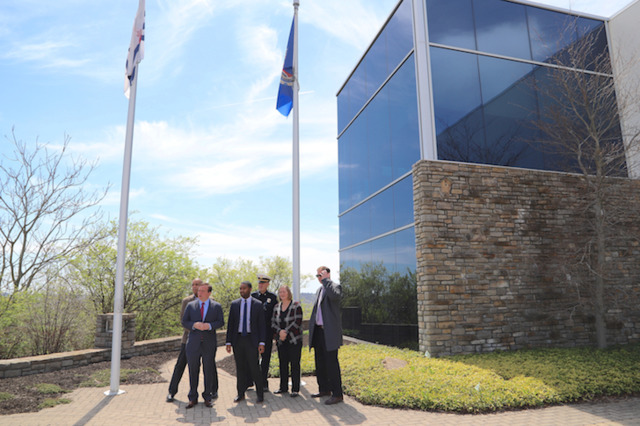 The family of a local teenager has received a $6 million settlement and a commitment to long-term emergency improvements in a wrongful death suit against the City of Cincinnati.

The settlement for Kyle Plush’s family was announced April 9, the day before the third anniversary of Plush’s death. The settlement includes an agreement that the city will consult a team of 911 experts about implementing changes to its emergency response operations.

“The family enters this agreement in honor of their son Kyle. To honor his memory, it was important that we secure a civic commitment to continuous improvement,” Plush family attorney Al Gerhardstein said in a press release. “With this agreement the City Manager commits to continue reforms in an enforceable, transparent way that will make the City safer for everyone. The family sees improvement under the current leadership and this court supervised agreement will build on that.”

In the court documents, the city does not formally apologize to Ron and Jill Plush, who filed the suit in 2019. The city asked that year for the suit to be dismissed.

According to documents from the Court of Common Pleas in Hamilton County, 16-year-old Kyle Plush died on April 10, 2018, after being trapped by a folding seat in the third row of his family’s minivan. Using Siri, a voice-activated virtual assistant on his phone, Plush had twice called the Cincinnati Emergency Communications Center (911), but responders were unable to locate the van before he died from asphyxiation. Ron Plush found his son six hours later.

The Plush family contended, among other things, that the city did not prioritize the teenager’s 911 calls, which some allege may be a pattern. In 2020, a man died of a stroke because a neighbor's call to Cincinnati's 911 didn't trigger an emergency response.

Plush’s family has used his story to advocate for changes to Cincinnati’s 911 system and the roster of employees who oversee the city’s emergency responses. Through the settlement, Cincinnati will transparently document its progress in improving emergency response.

“The purpose of this agreement is to shift this lawsuit away from an adversarial search for blame and toward a cooperative, enforceable, sustainable plan to continuously improve services for the safety of the people in Cincinnati by supporting (Emergency Communications Center) staff and responders with the tools and training to accomplish their critically important difficult jobs and to restore public confidence in the effectiveness of Cincinnati’s emergency responses,” court documents say.

The Plush family established the Kyle Plush Answer the Call Foundation to continue to press for better emergency response. According to the foundation's website, Plush had worked on his own emergency response improvements for a project:

Two months before his death, Kyle was involved in a Programming Club Hack-a-thon competition at a friend’s house. Kyle came up with his team’s idea to help save people’s lives in the event they were trapped in a natural disaster and needed help but were unable to call 9-1-1. This idea was a modification to the Apple Watch that included a distress signal function that could send pinpoint location readings to first responders. The watch would also transmit a person’s vital signs to help first responders identify and prioritize those who needed help immediately. Kyle’s idea would have helped save his own life.