With the news of local musician Jess Lamb competing on the 14th season of American Idol, I’ve been watching and waiting for the initial audition episodes to end so we can really get into the competition and see more Jess. This week was the first half of Hollywood rounds, where some 200 contestants that received golden tickets during the aforementioned auditions before the judges — Keith Urban, Jennifer Lopez and Harry Connick, Jr. — converged under one roof. The musicians and singers will perform solo and as groups for the judges, who will gradually dwindle the crowd down to the top 24 finalists.

Unfortunately for locals (Spoiler Alert), we got about 30 seconds of Jess Lamb air time between this week’s two episodes. But on the upside, she’s still in the game!

On Wednesday’s episode, the judges surprised a room full of contestants, telling them a select few would be called onstage to perform right then. For viewers at home, we’ve seen these folks before — they’re the ones we saw audition and receive golden tickets (but keep in mind there were many more than what we saw), the judges’ “most memorable auditions.” But they don’t know that. For those in the crowd, it seems like random contestants were pulled up to perform in front of their competition with no immediate feedback from the panel of mega-stars. And the judges were continuously bewildered as to why these kids were coming up scared shitless.

First up was Jax, who looks like a PG-13 Ke$ha that got puked on by Forever 21, but gave a really cool cover of “Toxic” by Britney Spears. 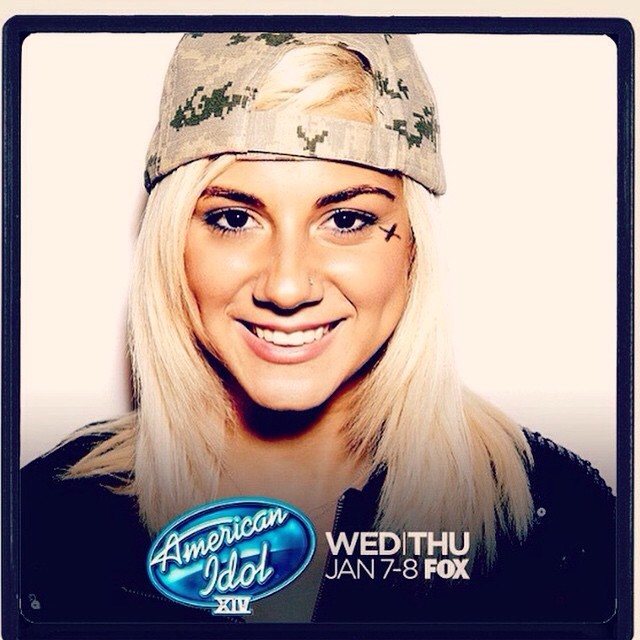 Walking New York stereotype Sal was also called. According to the show he’s 19, but this man is definitely at least 45 judging by his voice, appearance and penchant for standards (his name is Sal for crying out loud).

Afro’ed Adam — who gave a boisterous performance of “Born to be Wild” in his audition — surprised everyone with a softer side that the judges didn’t seem to like. 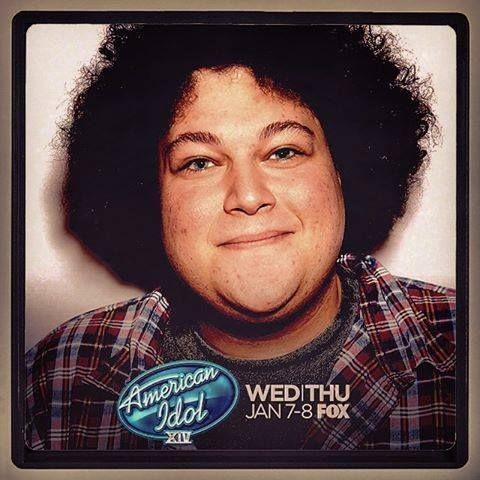 And it was nice to see Garret, the blind cowboy with a voice of a thousand Country angels. He so needs to be in the top 24.

After making their way through the list, the judges called everyone who performed that day to the stage — around 38 hopefuls. Again, clearly many more performed than what we had seen in the episode — including our homegirl, Jess Lamb! Despite some shaky performances, they were all immediately advanced to the next round. We didn’t get more of than a glance at her, but Jess is safe this week! Everyone else in the audience — about 175 kids who were mostly convinced at this point that they were garbage people — were also off the chopping block for the moment, and would be performing later.

When these contestants returned, they lined up onstage 10 at a time to perform for the judges. One by one, they gave a little spiel and gave a quick performance. After each group of 10 performed, eliminations were immediate. The group of 175 was cut in half. Cue the crying footage!

At one point toward the end of Wednesday’s episode, we saw JLo have a DIVA MOMENT (OK, not really) and talking about how cold she was in the theater. Up pops “19-year-old” Sal again, offering a coat he’s got back at his hotel room. “I have a wonderful 2011 Merlot. We could split it,” he said. Can we please investigate this guy, Idol? If 28-year-old Jess is at the end of the age spectrum, middle-aged men should be prohibited. And if he is 19, the kid's got hooch in his room!

Thursday’s episode unfolded last night, and still no real airtime for Jess. It opened with the remaining contestants (the non-memorable auditions — wah, waahh). Alexis Gomez, a 22-year-old Dayton, Ohio resident, was shown performing — she advanced to the next round.

In an off-stage scene, it looks like there’s a budding romance between Jax and Dreadlock Pirate a.k.a. Qassim (why why why is this happening).

All remaining contestants after cuts are brought onstage and asked to split themselves into groups of four. With around 100 people, this was udder madness and horrible planning that resulted in one person — another Alexis (Poor Alexis D.G.) — left with NO ONE. So sad! I feel for you, Alexis D.G.! But don’t worry, Sal came to the rescue and invited her to join his group to make a fivesome.

The groups of four were given a song to perform a cappella-style and had one night to perfect it. Some of the groups eventually went to their hotel rooms but many stayed up all night preparing — something apparently none of these people had done before. They were so loopy!

The next morning, the foursomes began to take the stage. At this point, I have a lot of questions: Are we cutting down to the final 24? Will these people go through another round of cuts before the live shows begin? Does anyone else want a reasonable timeline?

Sal’s group was about to go on when Alexis D.G. had some kind of panic attack or fainting spell — seriously, none of these people have ever gone without sleep before — and got real dramatic about it. She pulled herself together to go on with the group but immediately got wobbly and needed to be carried off stage. Another DIVA MOMENT! And that’s where the episode ends. Hope you’re OK, Alexis! But we’ll have to wait to find out until next time [Ryan Seacrest voice] on…American Idol.