The Arkansas lawsuit alleges that prescription drug companies and others have been conspiring to increase the cost of insulin. 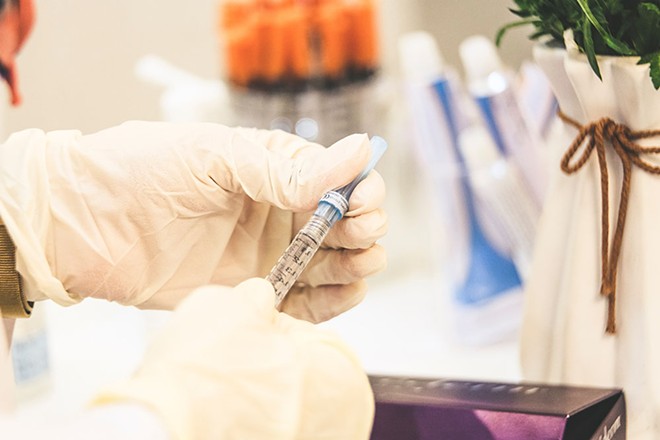 The companies that make prescription drugs and the pharmacy middlemen that buy them have been quick to blame each other for inflating prices. But now they’re being accused of conspiring to increase the cost of insulin, a lifesaving medicine for many with diabetes.

Arkansas Attorney General Leslie Rutledge made the allegations in a lawsuit that was filed Wednesday in state court.

And while it was filed there, it could have implications in Ohio and nationally.

High insulin prices are a controversy across the country. And Ohio and 45 other states have already joined Rutledge in a suit over a state’s ability to regulate pharmacy middlemen that, in 2020, won an 8-0 victory from the U.S. Supreme Court.

“Thousands of Arkansans rely on insulin every day to live their best life,”  Rutledge said in a statement. “These drug manufacturers and PBMs have inflated the price of insulin and other diabetes-related medication to line their own pockets. They have endangered the lives of thousands of Arkansans and Americans, who simply cannot afford to buy this life-saving medicine. Today we begin the fight to stop this outrageous inflation of insulin pricing.”

Of those companies and their trade associations, only Eli Lilly immediately responded to a request for comment.

“Lilly is disappointed by the inaccurate claims about Lilly’s insulins being made by the Arkansas Attorney General,” spokeswoman Molly McCully said, in part.

The lawsuit points out that insulin has been around since the 1920s and in its synthetic form since the 1980s. But, instead of getting cheaper, the cost increased nationally by 1,527% between 1997 and 2018, the suit says.

“Now it ranges between $300 and $700,” Rutledge’s statement said. “While insulin costs hundreds of dollars to buy at the pharmacy, it costs less than $2 to produce.”

The suit centers around the secretive system by which manufacturers grant discounts to the middlemen, who decide which drugs are covered by insurance and which of those are cheapest for patients.

CVS, Optum and Express Scripts handle pharmacy benefits for more than 70% of covered Americans. So if drugmakers want to sell their products to them, they have a strong incentive to do whatever it takes to get them on the benefit managers’, or PBM’s, formularies. In congressional hearings, executives of the PBMs and the drugmakers have both said that granting the PBMs fat rebates and other discounts is the primary way of doing that.

The Arkansas suit cites a 2019 congressional hearing in which an Eli Lilly executive said that 70% of the $210 “list price” of the insulin drug Humalog is paid to the PBMs in the form of rebates and discounts.

Critics of drugmakers and PBMs say that drugmakers wildly inflate list prices to meet PBMs’ ever-increasing demands for discounts while protecting their own profit margins. The Arkansas suit says that the scheme has been wildly profitable to both industries, but by hiding it, the companies violated the state’s Deceptive Trade Practices Act.

It also accuses the defendants of explicit collusion.

Despite publicly blaming each other for increasing list prices, the suit says drugmakers Sanofi, Novo Nordisk and Eli Lilly act as “presidential sponsors” of an annual convention of the PBM industry group, the Pharmaceutical Care Management Association. Those conferences facilitate private meetings between PBMs and drugmakers and have often been quickly followed by “lock-step” increases in list prices for insulin, the suit said.

And while some drugmakers and PBMs have denied that rebates and discounts have inflated list prices, research by a team at the University of Southern California found that every $1 increase in rebates correlates to a $1.17 increase in list prices.

Uninsured people might have to pay the whole cost, while copayments and deductibles can be a percentage of them. In addition, PBMs work through layers of obscurity that often make it impossible for insurers and the government to know how much PBMs are pocketing from the discounts they extract on behalf of payers.

Of course, everybody pays when drugs become more expensive — either in the form of copayments, deductibles or coinsurance, or in the form of higher premiums for insurance and taxes to fund government programs like Medicare and Medicaid.

But McCully, the Lilly spokeswoman, mostly focused on the expenses diabetes patients face at the pharmacy counter.

“These claims (by Arkansas) are particularly surprising given the multiple affordability solutions that Lilly offers — where anyone is eligible to purchase their monthly prescription of Lilly insulin for $35 or less, regardless of the number of pens or vials, whether they are uninsured or use commercial insurance, Medicaid, or a participating Medicare Part D plan,” she said in an email.

She said the company supports reforms “such as passing through rebates directly to people who use insulin and limiting out-of-pocket costs, to move the U.S. health care system from a series of patchwork solutions to systemic change that helps people access and afford their insulin.”

McCully cited other steps Lilly has taken to make its insulin affordable to consumers.

“Today, despite rising insurance deductibles, the average monthly out-of-pocket cost for Lilly insulin is $21.80, a 44% decrease over the past five years. This translates to $7-10 per vial and $2-3 per pen,” she said. “We also lowered the list price on our most commonly used insulin (Humalog) by 70% — bringing the list price down to what it was in 2008 — by introducing our own non-branded equivalent and making it available to any health plan that wants to put it on their formulary.”

However, the non-branded version of Humalog — one the specific insulin drugs Arkansas is suing over — still isn’t cheap. The list price is $82.41 for an individual vial. New Hamilton County Program Distributes Free Fentanyl Detection Strips to Reduce Overdose Deaths: Fentanyl often is laced into illegal substances like cocaine and heroin, and many users don't know if what they're taking has fentanyl in it.