Gaines was one of the first attorneys in the United States to advertise on television and he did it from Cincinnati. 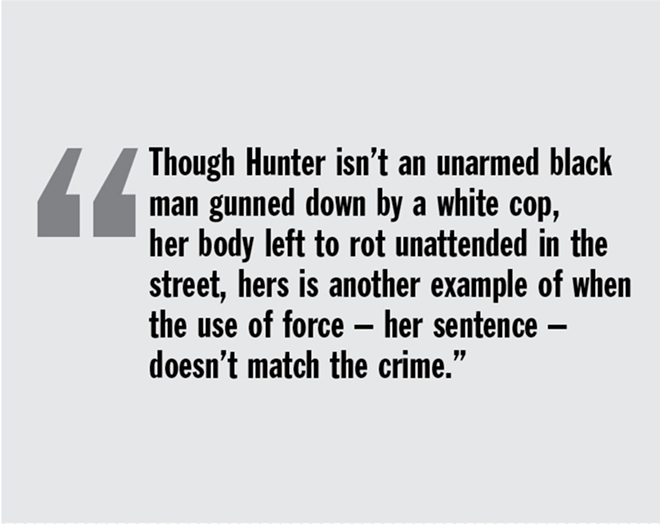 Before Leslie Isaiah Gaines had a mind to, there weren’t any lawyer commercials on television.

Your insomnia-fueled nighttime watching and trashy daytime television programming — game shows, empty chat shows, what’s left of soap operas — ran uninterrupted by what we used to call “ambulance chasers” until Gaines put together a low-rent, no-budget series of commercials featuring his monument-of-a-body in a charismatic suit and bowler hat introducing himself with that now infamous tagline delivered in his baritone molasses growl-drawl: “Call me if you need me.”

Gaines was one of the first attorneys in the United States to advertise on television and he did it from Cincinnati.

Before black radio talk shows became the New Black Church, Gaines held down a radio talk show in addition to running a bustling law practice where he helped fledgling black attorneys build their own clientele before they left to run their own practices and embark on their own lucrative law careers.

It’s where Kenneth Lawson cut his teeth as a defense attorney before he ever thought of calling himself “Law Dog” and before he fell head-first into an abyss of drug addiction and shady law practices that eventually got him disbarred, got his old cases called into question and before he remade himself into a legal ethics lecturer in Hawaii.

Indeed, any practicing black Cincinnati attorney knows, knows of or has been somehow bolstered by the legacy of Gaines, whose walk-up Court Street practice last sat across from the Hamilton County Courthouse in an old building that has seen better days.

It looked more like a Gaines Museum than a law practice.

Back in the rear office, his dusty, crowded and over-heated inner sanctum, Gaines sat in a well-worn, high-backed chair that more resembled the throne of a long-ago monarch than an office chair.

He told me about those early days in that patented baritone that, in 2006, sounded weary and weak because Gaines was battling a chronic disease that hadn’t yet kept him from shuffling over to the courthouse to peek in on judges he admired between a few cases here and there.

In the late 1970s, Gaines told me during our conversation in 2006, 700 WLW radio kingpin and Republican puppetmaster Bill Cunningham begged Gaines to let him join the then-all-black Gaines & Gaines firm Leslie ran with his former wife, Deborah.

The Gaineses were then handling high-profile, “TV news-worthy cases,” especially murder cases, and Cunningham wanted to practice at Leslie’s elbow, a fact Cunningham was proud to share with me for a profile I was writing of him back then.

Sure enough, in the array of annual portraits of the Gaines & Gaines roster lining the walls, there’s Cunningham among the serious-faced and Afro’d black attorneys sticking out like Bill Cunningham among a group of blacks.

“What connected me, really, to him, was his sense of being humble,” Gaines said then of Cunningham’s desire to practice law with him. “He said, ‘I just want to work with you. You’re handling all the big cases, all the high-profile cases, all these murder cases.’ I told him I didn’t have an office. He said, ‘Just let me work out of a broom closet.’ ”

So Cunningham did, defending cop killers and other people alongside Gaines that he’d now demean and roast on his radio show.

And that’s where Gaines’ legacy will last the longest and shine the brightest — as the man who gave countless folks a leg up, their first go at the law, their first taste of independence.

I recall, in my early days at this newspaper, fondling around for my voice, and Gaines was an early and ardent supporter and cheerleader who used to greet me with, “Hey sista.”

I used to wonder if he ever fostered any professional envy or ill will for the Lawsons, the Bennetts and the Cunninghams who’d gone on to eclipse his own large profile or to nip at his lengthy client list and sensational cases.

Because it’s true, as it is with all groundbreakers who are the first to get where they’re going, that Gaines became somewhat irrelevant, the answer to a local trivia question and merely an echoing yet memorable tagline.

He also began to self-parody after his marriage to Deborah busted up and he married a younger woman and, at an old age, fathered a beautiful young daughter he would feature in his revamped television ads with the little girl wearing a junior-sized version of his trademark bowler hat while struggling to hold up a wooden gavel.

Still, don’t we all deserve to remake ourselves, to regroup, to reconfigure and to try to keep going, even when times, tastes and laws change all around us?

Gaines was Johnnie Cochran’s prototype before any of us knew anything about a white Bronco, a knife, Bruno Magli loafers or Cochran’s own infamous refrain of, “If it does not fit, you must acquit.”

But by the time the O.J Simpson jury delivered its shocking October 1995 verdict, Gaines switched from one side of the bench to the other, beginning in 1993 when he began his three-year stint as a Hamilton County Municipal Court judge.

He then became a preacher, an evangelical and motivational speaker still sometimes dabbling in law.

At the end, he seemed so much older than he was, bedraggled and weakened by a myriad of illnesses. It seemed surreal that a once mountainous man could be felled by something so obtuse as illness when he once walked our streets as if on an airport moving sidewalk, the mighty black king of all he surveyed, accessible to everyone who needed him.

Now no longer merely a phone call away.