Some Ohio and Kentucky Republicans say they support the Trump Administration's drone strike that killed Maj. Gen. Qasem Soleimani, an important Iranian military official. Others, however, have taken a dimmer view of the action, as have Democrats. 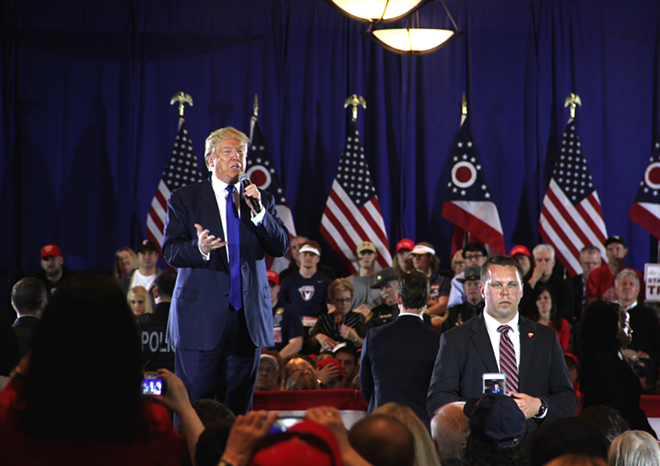 Following the announcement that a U.S. drone strike killed Iranian Maj. Gen. Qasem Soleimani in Iraq, Ohio and Kentucky congressional delegates have had various reactions to the Trump administration's move — not all of them along party lines.

Soleimani was likely responsible for much of Iran's actions in Iraq following the Iraq war and allegedly coordinated Iraqi militia strikes against U.S. forces there. As a key player in the Iranian regime, Soleimani's killing sparked promises of reprisal from the Iranian government.

"We need to get out of the wars in the Middle East… not start another one," Massie tweeted Dec. 31.

Kentucky's junior U.S. Sen. Rand Paul, also a Republican, had similar sentiments, expressing fears that Soleimani's killing would further inflame tensions in the Middle East. Paul also says that Congress should be the sole authority with the ability to decide on military actions that could lead to war.

"If we are to go to war w/ Iran the Constitution dictates that we declare war,"  he tweeted today. "A war without a Congressional declaration is a recipe for feckless intermittent eruptions of violence w/ no clear mission for our soldiers. Our young men and women in the armed services deserve better."

Others in the GOP, however, applauded Trump's move, or at least said they were waiting for more details before coming to a conclusion. In a speech today, Senate Majority Leader Mitch McConnell urged his fellow senators to wait until the administration released more information about the threat Soleimani and Iranian actions posed to U.S. troops before making judgement.

"Monitoring closely the situation in #Iraq," U.S. Sen. Rob Portman of Ohio tweeted today. "Soleimani has been responsible for the deaths of many Americans over the years & directed the recent attacks on US personnel in the region. Iranian aggression must not go unchecked. I look forward to a full briefing by the administration."

U.S. Rep. Steve Chabot, who represents Cincinnati's west side and northern suburbs, commended the Trump administration for Soleimani's killing, as did U.S. Rep. Brad Wenstrup, who called Soleimani "a terrorist" on Fox News this morning.

Democrats, meanwhile, have expressed a dim view of the Trump administration's strike.

"We can’t let this administration’s chaotic foreign policy lead to another war in the Middle East," U.S. Sen. Sherrod Brown of Ohio said in a statement.

The Trump administration has said that Soleimani was coordinating strikes against U.S. forces in Iraq and posed an imminent threat to those troops. The Pentagon has said it will send 3,500 more U.S. troops to the region after Iran vowed "severe revenge" for Soleimani's death.