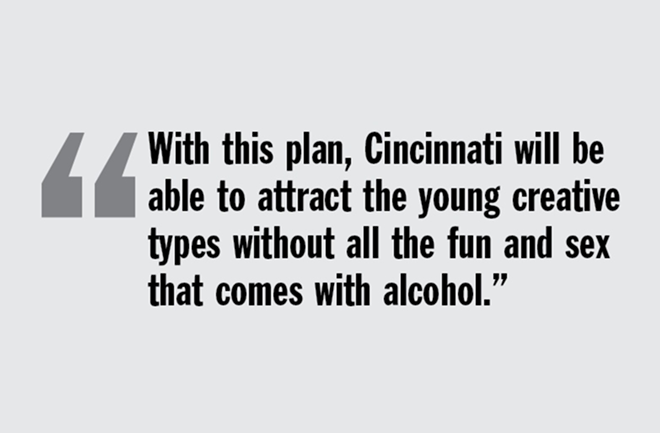 As a former (mind you, a modest, sexually inactive and wearer-of-Hanes-underwear type) teenage girl myself, I can attest he’s just about spot on.

That line got Burgdoerfer and his fellow panty-peddlers in a world of trouble when parents across the country reared their heads and charged against the store’s new “Bright Young Things” PINK campaign, a lingerie line of lacy neon-colored underwear emblazoned with salacious phrases like “Call me,” “Wild” and “I dare you,” which, by all sensibilities, are marketed toward tweens and teens, just as Burgdoerfer let slip (a fact VS officials later vehemently denied).

Meanwhile, in Ohio, legislators proposed an amendment that would have made abstinence-only education in schools the standard and slapped up to a $5,000 fine on any teacher who “promotes, endorses, advocates or condones gateway sexual activity” (whatever that means).

This turn of events was real enough to win the votes of well-educated, experienced politicians on the Ohio House’s Finance Committee.

We breathed a sigh of relief when that portion was nixedby the Ohio House of Representatives, but not before we caught flack nationwide for a boasting a political atmosphere socially conservative enough to even let this be a real idea.

That tells me, more than ever, that America is suffering from a serious multi-personality disorder in dealing with the closely intertwined worlds of youth and sexuality.

What’s missing from Burgdoerfer’s message is that 15- and 16-year-old boys pine to be older, cooler and more sophisticated, too. Their choice of underwear just isn’t as much of a factor in getting there; instead, think Steubenville — boys yearning to prove their masculinity, brutishness and confidence in ways that are sometimes harmless, sometimes sedated and, other times, extremely dangerous.

The Steubenville boys — the rapists, the accomplices, the bystanders — have grown up in a time when what our schools, teachers and mentors tell us about sex doesn’t jive at all with what pop culture is blaring in our ears around us. Adolescent sex and sexuality — and discussions about it — are weird and taboo.

I spoke to Carolyn Peterson, an educator instructor in the Department of Women’s, Gender and Sexuality Studies at the University of Cincinnati, while I was helping with some background research on sex education for this week’s cover story (see page 16) and learned it’s totally normal for toddlers — even fetuses — to touch their genitals, which is apparently a totally healthy part of sexually maturing.

In Sweden, sex education begins as young as age 7. I don’t recall hearing the word “sex” uttered in school until I was at least 12, when I’d already heard whispers about couples “making out” and started wondering who “BJ” was and why people kept talking about him.

That doesn’t mean Swedish 7-year-olds are expert condom appliers, nor are middle-schoolers mandated to purchase copies of the Kama Sutra at the beginning of the school year. And it shouldn’t; that’s why sex education is generally an evolution, one that is supplemented and amplified bit by bit as young brains grow and mature.

On the contrary, sex education in America, even amidst the rise of raunch culture, holds a jarring history of attempting to control — shame, even — one of humankind’s most natural drives.

There’s something seriously wrong when we’re hearing cases of otherwise happy teenage girls jumping in front of subway trains to cope with bullying and slut-shaming, a phenomenon reserved exclusively for females even though, of course, it takes two to tango — somehow, male guilt is taken out of that equation. Conversely, it’s championed, just like it was by small-town, good ol’ boys Trent Mays and Ma’lik Richmond and their sneering, snickering accessories in Steubenville.

It comes from a long, winding history of backward, Victorian views on sexuality and gender roles, ones that are still perpetuated by old-fashioned parents and suited men in power like “the chastity bunch” (see cover), and, Peterson prophesizes, when these people are idols, our youth will cling on to these primitive ideals, too.

“It’s not the students that need to be protected. It’s not the students who are afraid and ashamed and riddled with guilt and fear and self-loathing. It’s the adults,” she says. “They were raised in an environment that was telling them that that their bodies were dangerous and dirty and sinful. And when you back an animal up to a wall, they’re going to lash out. And they’re very, very scared about this.”

I’m scared about this, too.