Mason's Abortion Ban Passes, Even Though No Abortion Providers Are Actually Located There

Like Lebanon, Mason is now declaring itself a "sanctuary city for the unborn." 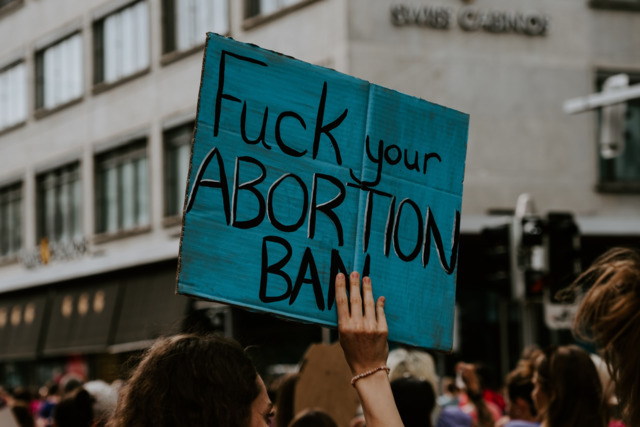 Photo: Claudio Schwarz, Unsplash
Mason may be seeing more of these signs since passing an abortion ban on Oct. 25.

If you want an abortion, you'll have to get one somewhere other than Mason — even though there are no abortion providers there, anyway.

After attempting to ban abortion within the city limits in previous council meetings, Mason City Council finally went through with it on Monday. During the Oct. 25 meeting, council members voted 4-3 to outlaw abortion at all gestational stages within Mason's city limits and punish those who "aid and abet" abortions through funding, transportation and more. Violators could be fined $2,500 and spend a year in prison.

The law will take effect Nov. 24. Previous attempts to declare the ordinance an "emergency" and, thus, take effect immediately had failed.

Council members also had considered putting the issue to a public vote, but that motion received only four votes, not the five it needed.

There are no abortion providers within Mason's city limits.

The Mason business community published an open letter condemning the legislation, stating that it is a risk to businesses. The authors claim that abortion bans inhibit employee recruitment, invite boycotts and have economic impacts. They say they “stand against policies and legislation that hinder people’s health, independence, and ability to fully succeed in the workplace.”

“It puts our families, communities, businesses, and the economy at risk,” the authors say.

In passing the abortion-ban ordinance, Mason declared itself a "sanctuary city for the unborn," the second Warren County city to do so. In May, Lebanon council members unanimously passed an ordinance similar to Mason's ban; the ACLU of Ohio said Lebanon's legislation is “blatantly unconstitutional” and ripe for legal challenge.

“Anti-abortion politicians in Lebanon have no business interfering in people’s lives and health care,” ACLU of Ohio legal director Freda Levenson said at the time.

After the ordinance there passed, the ACLU placed a billboard in South Lebanon saying “abortion is legal in all of Ohio" because, regardless of the ban, abortion remains legal in the state up to 20 weeks gestation.

The landmark 1973 U.S. Supreme Court case Roe v. Wade established that pregnant people have the constitutional right to choose abortion without excessive interference from the government and also have the right to privacy to make that choice, later adding that people may choose abortion up to the point of "fetal viability." Today, many medical experts claim fetal viability generally begins after around 24 weeks of gestation.

Abortion is legal in Ohio only up to 20 weeks — well below experts' recommendation of at least 24 weeks.

Mason's ordinance includes ideas and terminology that are conservative or religion-based, including "The City Council finds that: (1) Human life begins at conception." and "(4) The Supreme Court's decision in Roe v. Wade, 410 U.S. 113 (1973), which invented a constitutional right for pregnant women to kill their unborn children through abortion, is a lawless and unconstitutional act of judicial usurpation, as there is no language anywhere in the Constitution that even remotely suggests that abortion is a constitutional right." Read the ordinance language.

Sanctuary Cities for the Unborn, a nonprofit group that's funded by the Right to Life of East Texas, reportedly helped Mason council members develop language for the ordinance.

A number of cities around the United States have approved or are considering severe abortion bans and restrictions. A recent Texas law outlaws abortions after six weeks of pregnancy and allows regular citizens to sue abortion providers and those who help a woman obtain an abortion. The law provides no exception in instances of rape or incest.

The U.S. Supreme Court soon will hear a case involving Mississippi's 2018 law that outlawed abortions after 15 weeks. The outcome could affect Roe v. Wade and, subsequently, legislation and healthcare throughout the country, including in Ohio.

Earlier this year, the Satanic Temple filed a letter with the U.S. Food and Drug Administration arguing that its Texas members should have legal access to abortion pills. The group's attorneys contend that its status as a non-theistic religious organization should ensure access to abortion as a faith-based right.

In the letter, the Temple argued that abortion pills Misoprostol and Mifepristone should be available for its use through the Religious Freedom Restoration Act, which protects Native Americans' use of peyote in religious rituals. The Temple said those same rights should apply to the drugs it uses for its own rituals.

Recently, a Hamilton County judge blocked a 2020 law that targeted medication abortions via telemedicine. In April of this year, the judge said the state couldn’t ban medication abortions administered through telemedicine “until final judgment is entered in this case.” The same judge, in the same week, blocked an Ohio law regulating surgical abortion tissue disposal because the state had not created the forms, rules or regulations needed for those disposal regulations.