Midwest Governors, Including DeWine, Will Coordinate on Regional Efforts to Reopen Economies

The governors declined to set a timeline to reopen the economy, but said a decision would be made "that prioritizes our workers’ health" and that sectors would likely return in phases instead of reopening all at once. 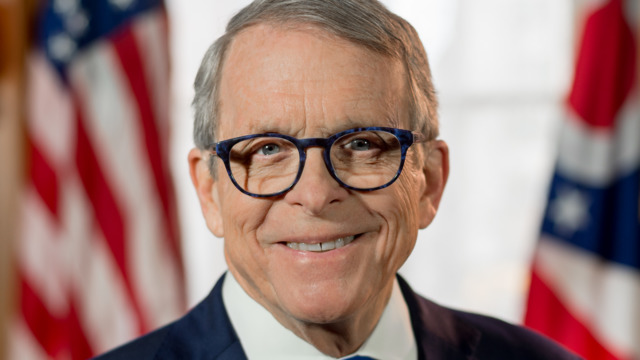 So far, President Donald Trump's plan to reopen the economy amid the coronavirus pandemic has included forming an advisory team that includes his daughter and son-in-law (naturally) and, umm, WWE's Vince McMahon. And while many business leaders and experts think Trump's stated goal of opening the economy back up on May 1 is impossible without mass testing, governors have taken it upon themselves to come up with their own plans.

Here in the Midwest, a group of governors announced on Thursday a coordinated regional effort, which includes Mike DeWine, Gretchen Whitmer of Michigan, Tony Evers of Wisconsin, Tim Walz of Minnesota, JB Pritzker of Illinois, Eric Holcomb of Indiana and Andy Beshear of Kentucky.

In a press release, the governors declined to set a timeline to reopen the economy, but said a decision would be made "that prioritizes our workers’ health" and that sectors would likely return in phases instead of reopening all at once.

"Our number one priority when analyzing when best to reopen our economy is the health and safety of our citizens," the governors said in a statement. "We will make decisions based on facts, science, and recommendations from experts in health care, business, labor, and education."

Gov. DeWine said that the state of Ohio will slowly reopen starting May 1 but offered no concrete details. It is bound to be a slow and deliberate process, but welcome nonetheless.

His office also clarified in a comment to Cleveland.com that the group is collaborating but that "no formal compact has been agreed to at this time.”

The governors said that though the effort will be coordinated, that doesn't mean the states will take the same steps at the same time. Factors include stabilizing the rate of new infections and hospitalizations, an enhanced ability to test and trace the virus, capacity to handle another potential outbreak, and implementing best practices for social distancing in the workplace.

"We recognize that our economies are all reliant on each other, and we must work together to safely reopen them so hardworking people can get back to work and businesses can get back on their feet," the statement said. "Over time, people will go back to work, restaurants will reopen, and things will go back to normal. We look forward to working together as one region to tackle this challenge together."