With inflation at the highest level since the Reagan administration, the minimum wage starting January 2023 will be $10.10 per hour, and $5.05 for tipped employees. 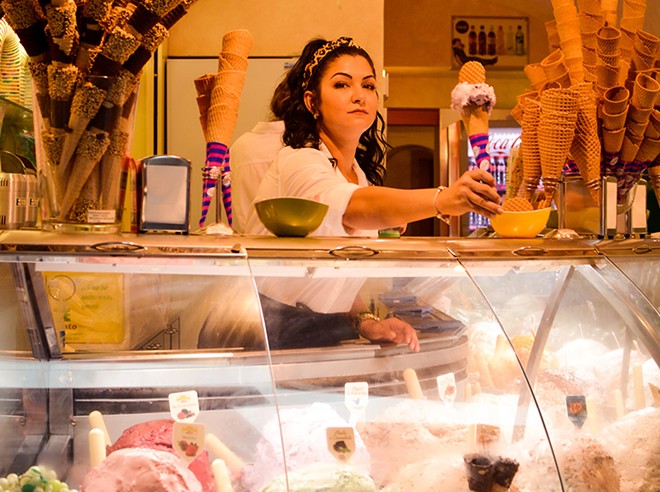 A new push for a $15 minimum wage was introduced in the Ohio House, attempting to speed up the progress of a constitutional amendment passed nearly two decades ago.

Democratic state Reps. Dontavius Jarrells and Brigid Kelly said their new bill not only addresses criticisms of quick implementation of a minimum wage increase, but also makes a difference for struggling Ohioans.

“We heard concerns of colleagues and made a longer runway for the increases,” Kelly told the House committee on Commerce and Labor. “But the longer we wait to act, the less impactful this action will be.”

Since the bill never received a hearing after it was initially filed in February of 2021, an amendment would be needed to change the language, which set the first increase to happen on Jan. 1, 2022.

The sponsors pointed to a constitutional amendment passed in 2006 that raised minimum wage in Ohio yearly with the rate of inflation. With inflation at the highest level since the Reagan administration, the minimum wage starting January 2023 will be $10.10 per hour, and $5.05 for tipped employees.

“The bottom line is this: When people have more money in their pockets, they spend it and they spend it in businesses and communities all across Ohio,” Kelly said.

Jarrells said he receives calls to his office often talking about hard decisions families in Ohio are making, like putting food on the table in lieu of needed medications, because affording both isn’t an option.

“When we think about the impact of just not thinking critically about how do we make sure salary or wages match our productivity, there are families who simply are going without,” Jarrells said.

Debate in the committee centered around whether adding more money would solve problems, namely bringing people back to the workforce.

State Rep. Don Jones, R-Freeport, argued that some businesses are offering more than $15 per hour, or at least increasing pay, and still aren’t able to bring more employees in. He said the issue was the workforce, not the wage.

He used the example of a McDonald’s offering $13 an hour, though he didn’t specify whether the job was full-time or part-time.

Kelly said though food service and retail workers are among those struggling to pay bills because of low wages or low hours, the problem extends to other categories of workers, like home health services. She and Jarrells agreed that while they see wage as a fixable issue on its own, there’s no reason not to work on both wage and workforce.

“We can think about what we would like aspirationally to be true, or we can think about what people are experiencing right now, which a lot of time is multiple part-time jobs, no benefits, challenges with transportation, challenges with housing security and also working with governmental agencies to get benefits that aren’t necessarily aligned with one another,” Kelly said.

The bill is flanked by a proposed ballot initiative, which would bring the minimum wage to $15 per hour in 2028.

But if neither the bill — which faces a Republican supermajority and a quick timeline with the General Assembly set to end Dec. 31 — nor the ballot initiative is successful, that doesn’t mean more legislative measures aren’t on the horizon. Kelly expressed confidence that Jarrells would continue the efforts in the next General Assembly.

“We can continue to ignore it at our own peril, but Ohioans deserve better. They’ve earned and deserve a raise,” Kelly said.

This story originally appeared in the Ohio Capital Journal and was republished here with permission.