Council balances the operating budget by hiking old fees and instituting new ones. But in return, human services and some vital basics get more funding. 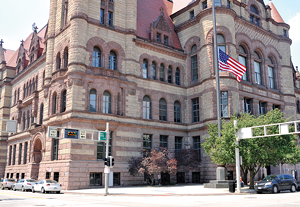 Council voted to double a fee residents in apartment buildings and condos with more than five units pay for garbage collection, building and inspections permitting fees, parking rates, stormwater fee rates, a billboard tax and the city’s admissions tax. That last one will need the approval of Cincinnati voters in November, however.

Critics point out that the waste hauling fee will impact low-income residents, whose landlords will likely pass on the additional costs.

One area where council didn't raise revenue: it rejected a plan that would have raised more than $3 million by starting a booting program for drivers who have more than three parking tickets.

What are we getting in exchange? The city will fund the United Way-administered human services funding process at 1 percent of the city’s budget, a boost from Mayor John Cranley’s .93 percent of the budget and Acting City Manager Patrick Duhaney’s .69 percent. That could prevent cuts to programs social service advocates say are vital.

In what is likely to be a controversial move, council’s budget also includes $550,000 for the Center for Closing the Health Gap, which is run by former Cincinnati mayor Dwight Tillery. There have been questions about the Health Gap’s spending in the past two years, and the organization has become a political lightning rod since a falling out between Cranley and his former ally Tillery before the 2017 mayoral election.

Cranley cut all funding for the Health Gap from his budget, but council added it back in with six votes — a veto-proof margin.

Republicans Amy Murray and Jeff Pastor voted against the spending plan, citing the tax and fee increases as the reason for their opposition. Council will take a final vote on the budget Wednesday — stay tuned for coverage of the end result.