Cincinnati Public School Board President Ericka Copeland-Dansby won’t be on the ballot for re-election in November. Only 281 of the 400 signatures Dansby turned in were valid, Board of Elections officials say. Candidates need at least 300 to run. 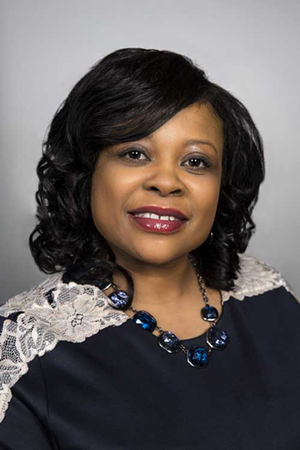 Hello all, here’s your news today.

You’ve probably already heard about the horrific events in Charlottesville, Va. over the weekend, where a mass rally of white supremacist groups protesting the removal of a monument to the confederacy turned violent Saturday. After white supremacists were ordered to end their demonstrations due to concerns about violence, a person drove his car into a group of counter-protesters, killing 32-year-old Heather Heyer and injuring 19 other people. James Alex Fields Jr., of Maumee, Ohio and a former resident of Florence, Kentucky, has been arrested and charged with second-degree murder and malicious wounding for the incident. Fields was in court this morning on those charges, where bond was denied in his case. A former teacher at Randall K. Cooper High School in Florence says that Fields held “neo-Nazi”-style ideas during his time at the school.

Hundreds of Cincinnatians turned out at City Hall yesterday to protest the Charlottesville rally and remember victims of violence there. Speakers from various faith communities, labor groups and activist organizations decried the white supremacist ideologies presented at the rally and violent acts against counter-protesters.

• Despite recent adjustments the City of Cincinnati and Hamilton County have made to a historic agreement on running the region’s Metropolitan Sewer District, environmental group The Sierra Club isn’t happy with the final product. An attorney for the group today sent a letter to Cincinnati City Councilmembers and Hamilton County Commissioners outlining their objections to the deal. In 2004, federal courts ordered MSD to enter into a consent decree in order to complete a $3.1 billion overhaul of its sewage systems to separate them from its stormwater systems. The Sierra Club has watched that implementation closely. The group says the new operating agreement, which replaces a 50-year-old joint city-county operating plan that expires next April, doesn’t stipulate the credentials of an unelected five-member board appointed by city and county officials, is too hard to adjust over its 45-year duration and treats work done under the consent decree with less importance than the mandatory work requires. Cincinnati City Council is expected to vote on the revised version of the new operating plan today.

• In a surprise turn, Cincinnati Public School Board President Ericka Copeland-Dansby won’t be on the ballot for re-election to the board in November, Hamilton County Board of Elections officials say. Dansby turned in 400 signatures for her petition to get on the ballot, but only 281 were valid, those officials say. She needed at least 300.

"I am personally reviewing petitions and, again, just trying to understand what the issues are," she told The Cincinnati Enquirer. "This is something that I was absolutely not expecting, and I'm trying to figure it all out."

A dozen candidates are running for the board this year, an unusually large number. Last year, three candidates sought three empty seats. The election comes as Superintendent Mary Ronan departs after nine years with CPS.

• Some of Kentucky’s most powerful Republicans were in Northern Kentucky Friday to speak to about 300 tea party members in Hebron gathered for the Champions of Liberty dinner. The Northern Kentucky Tea Party put on the dinner and invited U.S. Sen. Rand Paul, Kentucky Gov. Matt Bevin and U.S Rep. Thomas Massie to speak on issues facing the country. Those issues apparently don’t involve nuclear war with North Korea, simmering race relation problems or poverty, but do involve fears about gun rights being taken away by the government and the continued desire to repeal the Affordable Care Act after seven years of failed efforts. Notably not present: Senate Majority Leader Mitch McConnell, who also represents Kentucky. McConnell has taken flak from President Donald Trump and some tea party politicians after recent attempts to repeal the ACA failed in the Senate. Speakers at the dinner avoided addressing Trump’s criticisms of McConnell and generally stuck to talking about guns, the evils of Obamacare and George Washington.