Following a raft of political victories over the past few years, anti-abortion group Ohio Right to Life has drawn up new, even more restrictive goals it hopes to put before state lawmakers over the next two years. 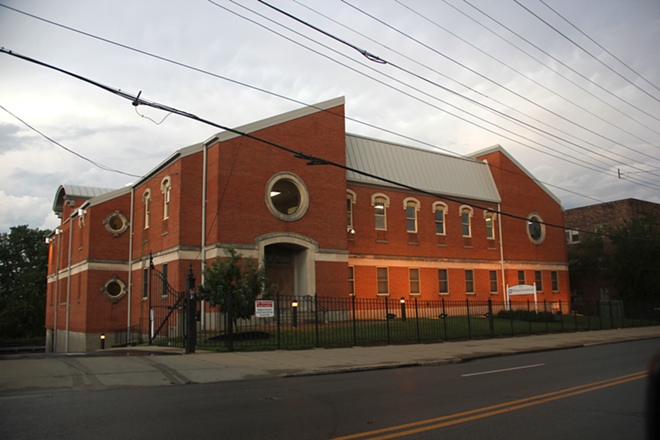 Here’s a quick news update for you today, which is apparently National Pizza Day. Celebrate responsibly.

Can President Donald Trump’s administration strip federal infrastructure funding from sanctuary cities? And, after Cincinnati’s announcement that it’s such a city last week, will it feel the sting? Both questions are a bit unclear. Responding to a question via Skype from Cincinnati’s WLWT, Trump spokesman Sean Spicer vowed that the president will withhold federal funding from any city that “breaks federal law” by being a sanctuary city and refusing to cooperate with federal immigration officials. Trump issued an executive order to this effect recently, but it’s uncertain how enforceable it is or the exact scope of the term “sanctuary city.” Mayor John Cranley responded to Spicer’s statement by pointing out that Cincinnati isn’t breaking any federal laws by symbolically declaring itself a sanctuary city and has only re-affirmed a commitment to focus its policing efforts on local crimes instead of immigration concerns. That’s an opinion backed by the city’s law department. Further, the Hamilton County Sheriff’s office has said it will continue to detain undocumented people if the Department of Immigration and Customs Enforcement asks them to.

• Check out this fascinating little tidbit about campaign finance from the Cincinnati Business Courier. Why did Western & Southern CEO and vocal Cranley backer John Barrett only give the mayor $150 for his re-election campaign, instead of maxing out on the usual legal limit of $1,100? It wasn’t some passive-aggressive swipe at a policy Barrett didn’t like. Turns out an arcane federal campaign finance law involving Western & Southern’s role as a financial advisor to the city limits how much Barrett individually can chip into Cranley’s campaign coffers. That rule, designed to limit quid-pro-quo relationships between businesses and city government, and the fact that Barrett lives outside Cincinnati, limited his ability to contribute.

• Did you know that Canada and Kentucky are buds? Next week is Canada Week in the Bluegrass State, and there’s a panel discussion featuring Canada Consul General Douglas George and various Kentucky officials taking place in Erlanger to highlight this somewhat surprising relationship between the Commonwealth and our neighbors to the north. I had no idea the two were so close.

• A federal judge in Cleveland pushed back yesterday at President Donald Trump’s tweet denigrating another federal judge, hinting that the tweet undermined Trump’s legitimacy as president. Trump called federal Judge James Robert of Washington State “a so-called judge” for ruling against his executive order banning travel from seven Muslim-majority countries. Many have criticized that statement, including Cleveland’s U.S. District Judge Dan Polster. He didn’t mention Trump by name, but in responding to a question about the president’s social media missive at a panel discussion yesterday, Polster said, “I think to say it publicly, that's his right," Polster said of any public official making such a statement. “But it calls into question, and some might even say forfeits, his or her own legitimacy. So I'll leave it at that. It's an important question, but that's how I feel."

• Following a raft of political victories over the past few years, anti-abortion group Ohio Right to Life has drawn up new, even more restrictive goals it hopes to put before state lawmakers over the next two years. The group helped spearhead recently-passed restrictions that ban abortions after 20 weeks in Ohio, as well as past legislation that placed tight regulations on what facilities can provide the service. Now, the group has taken aim at a ban on a specific second-trimester abortion procedure and hopes to pass laws requiring burial or cremation of fetal remains and a ban on sale of fetal remains for medical research. The group has had strong support from conservative state lawmakers and Ohio Gov. John Kasich.

• Finally, here’s some terrifying news: Ku Klux Klan leaders have said they’re ramping up big recruitment and rallying efforts in several key states, including Ohio. The Loyal White Knights of the Ku Klux Klan says it’s the largest KKK group in the country and that it already has a large number of members here. It’s unclear how true that is  — the group didn’t share membership numbers with a reporter from the Columbus Dispatch — but leadership says it has targeted Ohio and expects 2017 to be a big year for its brand of white nationalism. Ohio is home to at least 34 such hate groups, according to the Southern Poverty Law Center. Ohio ranks 15th in the nation when it comes to hate crimes committed by racist groups, according to the SPLC.