Making Nippert a proper soccer stadium presents an “insurmountable” challenge, FC Cincinnati officials say. The team is still pushing for its own stadium — something it might need to ask for public dollars to complete. 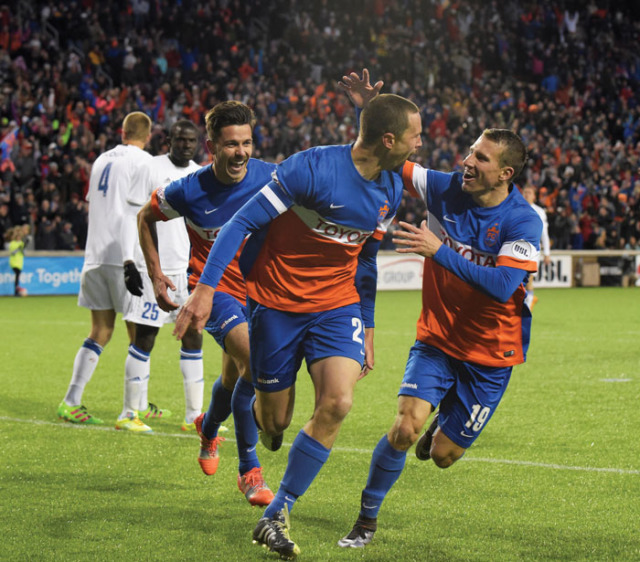 Good morning all. Are you ready for some fireworks? A wonderfully weird parade in a certain Cincinnati neighborhood on the north side of the city? Maybe some day beers? Well, we’re almost there. Let’s talk news for a minute before we get all to celebrating, shall we?

Is “community unrest pulsating” through the city? Hamilton County Courts Judge Leslie Ghiz seems to think so. In a court entry Friday, she used those words to describe the atmosphere around the retrial of Ray Tensing, a former University of Cincinnati police officer who shot and killed an unarmed black man in Mount Auburn in 2015. Community groups have pushed back at that characterization, however. The filing explained Ghiz’s decision to seal records of questions jurors asked during Tensing’s retrial. The judge has kept a tight grip on the courtroom, strictly limiting press access and the release of juror questionnaires and other information. Local media outlets have sued the court this time around for release of records Ghiz has sealed.

Ghiz also cited the city’s “history of racial strife” in her Friday entry. Critics say that’s ironic, since Ghiz refused to let evidence related to race — including statistics about racial disparities in Tensing’s traffic stops and arrests and a confederate flag T-shirt he was wearing under his uniform — be discussed during Tensing’s retrial. Those items were admitted as evidence during the first trial, presided over by Judge Megan Shanahan.

• As we’ve talked about a bunch in this blog, soccer club FC Cincinnati is looking to score a home stadium that would make it eligible for a Major League Soccer franchise. The team has the numbers — more than 32,000 fans streamed into University of Cincinnati’s Nippert Stadium for a game last week. So why can’t FC just make some tweaks to that stadium and FC’s contract with UC and continue on? UC officials say they haven’t had that discussion with the team yet but expressed an openness to talk about it. But there are big hurdles that FC says are simply insurmountable, and they boil down to bathrooms and entryways. MLS requires a stadium dedicated to soccer for franchise teams, and FC says Nippert doesn’t fit the bill. There are no kitchens for concessions at Nippert, for one. And soccer fans tend to flock together — into the entrances of stadiums, which are too narrow for that at Nippert — and to the restrooms during a game’s intermission, FC says. Making those seemingly minor fixes presents an “insurmountable” challenge, FC officials say. The team’s president and general manager Jeff Berding says FC is still pushing for its own stadium — something it might need to ask for public dollars to complete. But that's a no-go with many city and county officials, as well as other critics, in a region still paying for an unpopular and expensive 1996 sales tax for Paul Brown Stadium and Great American Ballpark.

•  Republican Ohio Gov. John Kasich Friday vetoed a plan by conservative lawmakers that would have frozen enrollment in the state’s Medicaid expansion. That measure would have locked recipients out if they fell off Medicaid’s rolls for a month, effectively ending the expansion under the Affordable Care Act Kasich fought GOP lawmakers for in 2012. Conservatives could override that veto, fundamentally changing the state’s biggest expense next year. The move was one of 47 items in the state budget Kasich vetoed.

• Ohio Secretary of State Jon Husted, a Republican, said Friday he will not comply fully with an order from the White House seeking the names, social security numbers and voting records of Ohio voters. Husted will omit the last four digits of voters’ social security numbers and their driver’s license numbers from records in response to requests from the White House’s newly created Election Integrity Commission, which is investigating what President Donald Trump claims were millions of fraudulent votes in the 2016 election that cost him the popular vote. There is no evidence that fraud happened, and the president’s administration hasn’t presented any. Husted pushed back at assertions that there has been massive voter fraud, saying such fraud is rare in Ohio.

“We do not want any federal intervention in our state's right and responsibility to conduct elections," Husted said Friday in a statement.

• Ohio is gaining new jobs at about half the rate it was this time last year, according to data from the Ohio Department of Job and Family Services. The state added 117,000 new jobs between January and May, the lowest amount since the Great Recession in 2009, according to liberal-leaning think tank Policy Matters Ohio. The news of slowing job growth comes six months into the tenure of President Trump, a Republican who campaigned on job creation in states like Ohio. Critics say Trump’s promises, which helped sway voters here to elect him by an 8-point margin over opponent Hillary Clinton, were baseless and won’t come to fruition. But supporters say it’s too early to judge his economic record. Trump promised to push companies to keep jobs in the United States and to increase manufacturing jobs. But the state lost 5,400 of those jobs in the first six months of this year, and gained only about 2,600 jobs classified as “blue collar” in general during that time. The state has lost 88,000 such jobs since the recession.