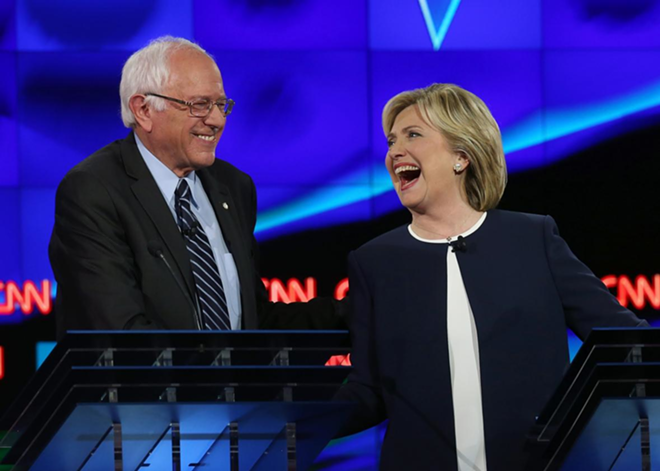 Hello all. Let’s talk news for a minute.

Does the city need to revamp, or even completely overhaul, the way it gives tax incentives for economic development? Probably, a new independent report says. The study from HR&A Advisors found that while the city has doled out millions in incentives for 218 deals to boost economic development through four incentive programs since 2005, the city has had a 14 percent drop in employment in that time compared to similar cities. The only other of the six cities compared that had a drop in employment was Richmond, Virginia, which saw a 1.2 percent decrease. City Council members applauded the study, which suggested possible adjustments to the city’s incentives programs, including improved evaluation metrics for incentive programs and tweaks to specific tax incentive types. The city paid $160,000 for the research.

• Hamilton County Prosecutor Joe Deters announced yesterday he would not seek charges against the mother of a 3-year-old boy who found his way into the gorilla pen at the Cincinnati Zoo, leading to the shooting death of a 17-year-old gorilla named Harambe. The gorilla’s death caused international outrage, including social media harassment for the boy’s mother. Deters yesterday that the boy’s mother is attentive and that there were no signs of child neglect.

• Meanwhile, an animal rights group is filing its second complaint against the Zoo in relation to Harambe’s death. Stop Animal Exploitation Now last week filed complaints with the U.S. Department of Agriculture about the fencing and other barriers around Harambe’s pen, saying they were insufficient to meet federal guidelines. Now, SAEN has filed another complaint charging that the Zoo is mistreating other animals there by housing two different species together. SAEN alleges that the Zoo houses a Sea Lion and a Lemur together in violation of USDA regulations.

• Since August, University of Cincinnati police have made nine traffic stops around the edges of campus or off campus entirely, even after they pledged to city officials they would stop doing so in the wake of the Samuel DuBose shooting, according to UC records. UC says those stops don’t violate a memorandum of understanding between the city and UCPD signed shortly after former UC officer Ray Tensing shot unarmed motorist DuBose. The school explains that the stops represented cases where a motorist posed an imminent danger — such as a driver going the wrong way on a one-way street — and thus immediate action was necessary. UC officials will unveil the results of an independent report by consulting group Exiger about the school’s police force tonight at 6 p.m. at the Kingsgate Marriott in Corryville.

• Throw on your vintage Reds gear tomorrow morning and make your way out to the West End. The city will hold opening ceremonies at 11 a.m. for the Crosley Field memorial, which commemorates the historic ballpark that once stood at Western Avenue and Findlay Street and was the home of the Reds from 1912 to 1970. Folks have been playing baseball there for even longer — since the 1880s — so it’s cool to see a permanent acknowledgement of the site’s significance.

• Here’s a less-positive blast from the past: Cincinnati is among the cities across the country that most resemble the demographic makeup of America. In the 1950s, that is. Data journalism site 538 has an interesting breakdown of what the term “normal America” means in the context of the presidential race. Today, that’s a more diverse, educated place than it was in the 1950s. But Cincinnati, and Ohio as a whole, skew more toward America’s whiter, less-educated past, according to the site. Plenty of questions to ask about the site’s conclusions, but it’s an interesting place to start a conversation, especially since Ohio and Hamilton County will play a huge role in the coming national elections.

• Speaking of elections, the Associated Press has called the Democratic presidential primary for Hillary Clinton. The AP says that the race is out of reach for her challenger, U.S. Sen. Bernie Sanders, because Clinton has hit the threshold of 2,383 delegates necessary to clinch the nomination outright. That includes super delegates, powerful party officials and other insiders who can switch their votes if they choose. In terms of pledged — or non-super — delegates, Clinton has a 291 delegate lead over Sanders. The firebrand Vermont Senator has pledged to stay in the race, however, at least until the results of today’s primaries in big states like California are decided.