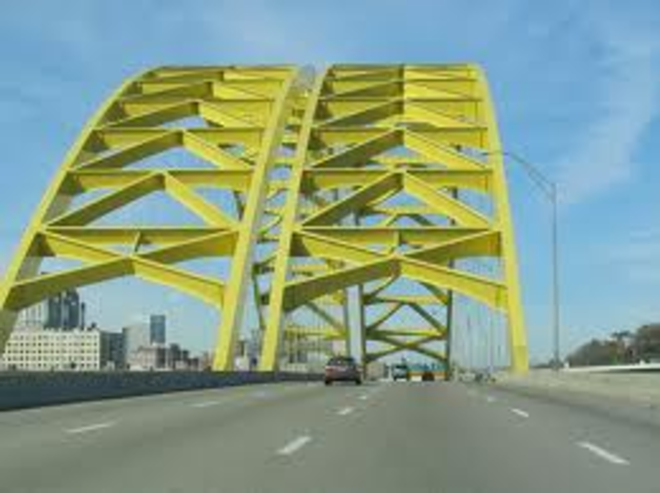 I-471 near downtown Cincinnati

Cincinnati officials approved a deal Wednesday that offers up to $12 million in tax incentives to a local firm in return for it agreeing to build its new headquarters at the long vacant site at Fifth and Race streets downtown and maintaining certain employment levels. City Council said it was important to keep Dunnhumby USA, a retail branding company, located here. Dunnhumby will build a $36 million complex that includes 250,000 square feet of office space and create 550 new jobs by 2014, along with retaining its 450 current employees. Under the deal, the city would pay Dunnhumby up to 75 percent of the new income tax generated each year as the company adds jobs. A plan to reconfigure I-471 in Northern Kentucky is delaying a road project across the Ohio River in Cincinnati's East End neighborhood. The city's project would make Riverside Drive more like a neighborhood street, instead of a major thoroughfare, and add bicycle lanes. But the I-471 project means motorists who need to reach the East Side during rush hour will likely be using Riverside Drive, so city engineers don't want to restrict traffic there until the highway construction is done. The change means the Riverside Drive work will be delayed between one and two years. Partially based on local complaints, Ohio Attorney General Mike DeWine filed an antitrust lawsuit against Cargill Inc. and Morton Salt Inc. for allegedly being involved in a price-fixing scheme. The lawsuit alleges the two companies divided up the Ohio rock salt market between themselves, agreeing not to compete with each other and driving up rock salt prices over the past decade. In 2008, Hamilton County said it saw signs that collusion was occurring when it was getting only one bid for salt at triple the usual price. A man who rescued a child from a burning house in Northside is among a group of people recognized for their heroism. Ryan Phillips, 43 of Cincinnati, saved a 3-year-old child from a fire in February 2011. He is among the 21 winners of Carnegie Medals for heroism. Carnegie medalists receive a financial reward from a fund. More than $33.9 million has been awarded to 9,516 honorees since its 1904 inception. Boosted by expansion at hospitals and colleges, the number of construction jobs in Ohio is slowly increasing. The state’s construction industry employed 177,300 workers in January, an increase of 4,500 — or 2.6 percent — from January 2011, according to a new analysis of Labor Department data by the Associated General Contractors of America. Almost half of the gains came from the Columbus area. (For the record, the mayor of Columbus and a majority of its City Council are Democrats. Just saying.) In news elsewhere, after a long standoff and a gun battle, French police today stormed into the apartment of a young Islamic radical suspected of killing seven people. The suspect, Mohammed Merah, was shot and killed in the confrontation. He is believed to be the person that murdered three off-duty soldiers, three Jewish schoolchildren and a rabbi in an eight-day terrorism spree. Criminal defendants have a constitutional right to effective lawyers during plea bargain negotiations, the U.S. Supreme Court ruled on Wednesday. In a pair of 5-to-4 decisions, the high court vastly expanded judges’ supervision of the criminal justice system. The decisions mean that what used to be informal and unregulated deal making is now subject to new constraints when bad legal advice leads defendants to reject favorable plea offers. About 97 percent of convictions in federal courts were the result of guilty pleas. In 2006, the last year for which data was available, 94 percent of convictions in state courts were the result of such deals. Even though he came in fourth, behind Ron Paul, in the Illinois primary this week, Newt Gingrich isn't giving up hope about his struggling presidential bid. The ex-House Speaker told NPR that he sees no reason to exit the Republican presidential race and that there's a chance of a new contender emerging at the party's convention in August. "I'm not so sure you wouldn't get a series of brand new players" stepping forward during a brokered convention, he said. Dream on, Newt. Soldiers in Mali have taken over state-operated television and announced they have seized control of the government. The soldiers said the coup was necessary because of the mishandling of an insurgency in the north. For those of you scratching your heads, Mali is in western Africa, near Algiers, and has a population of 14.5 million people. (It's not to be confused with Malawi, where Madonna likes to adopt children.) Federal prosecutors in Brazil have filed criminal charges against 17 Chevron and Transocean executives over an oil leak in the Atlantic Ocean in November 2011. Prosecutors on Wednesday accused the executives of environmental crimes, of misleading Brazil's oil regulator about their safety plans and not providing accurate information in the wake of the spill. At least 416,000 liters of oil seeped through cracks on the ocean floor near a Chevron well off the Rio de Janeiro coast.