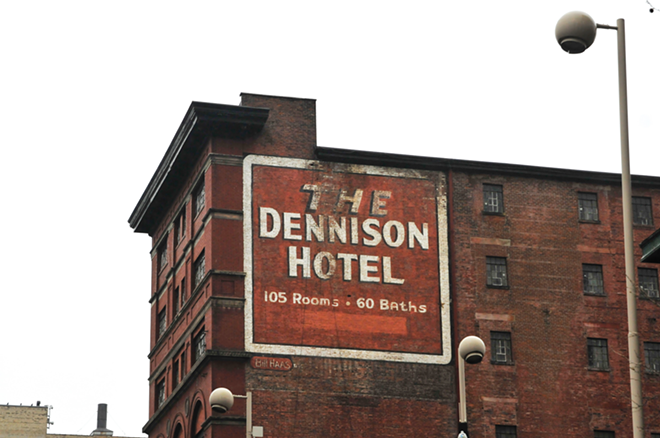 Good morning all. As you’d probably expect, we’re gonna talk about a lot of politics today.

The topline: Ohio Gov. John Kasich won the GOP presidential primary in Ohio last night, squeezing out Donald Trump here. Trump, however, picked up Florida and other states, pulling further ahead of his closest competitor U.S. Sen. Ted Cruz and burying U.S. Sen. Marco Rubio, who has now suspended his campaign after losing in his home state. On the Democrat side, Hillary Clinton easily bested U.S. Sen. Bernie Sanders, as she did in most of the other states voting yesterday. Clinton got 57 percent of the vote, including 60 percent in Hamilton County. Clinton now seems very likely to get her party's nomination. Kasich... well, he's hoping that Trump doesn't get to 1,237 delegates and that he may somehow come out on top in a brokered convention in Cleveland. Trump and Cruz, however, have other plans, and even former House Speaker John Boehner, who endorsed Kasich, has a dark horse favorite in this whole mess.

• Before we go deeper into the politics sinkhole, let’s talk about other stuff, shall we? Did you know that Cincinnati has the 10th-best skyline in the nation, according to a new ranking by travel site Thrillist.com? I mean, considering we invented Skyline and most other cities don’t have it at all, that seems like a pretty low score. Wait, sorry, they’re talking about buildings, not chili. (Did you know I was going to make that terrible joke? Of course you did.) Cincy beat out Atlanta, St. Louis, Nashville, Miami, Boston and a number of other cities that don’t have the prototype for the Brooklyn Bridge at their front door. Losers. In fact, our fair city placed only one spot lower than that one place that has the actual Brooklyn Bridge. We had a Roebling before it was cool, tho. Regional rivals Pittsburgh beat us handily, however, because they have three rivers instead of one. Seattle has the number one skyline on the list because it has mountains, a futuristic Jetsons tower and Puget Sound. Seems unfair really.

• Speaking of downtown buildings, Cincinnati could lose one of its more historic ones. The owners of 126-year-old Dennison Hotel on the 700 block of Main Street have applied for permits to tear it down. The Dennison was once upon a time single-room occupancy affordable housing but today stands vacant. Columbia REI LLC, which bought the building back in January, said in documents filed with the city that they’re putting together a group of properties in the area for a major development and that it’s most cost-effective to tear down the eight-story building. Columbia commissioned a report to study costs for converting the building into apartments, condos or office space, but that report didn’t take into account possible Ohio Historic Preservation Tax Credits in its cost analysis. The state has awarded those credits to a number of developments in Cincinnati.

• Sorry to do this to you, but it’s back to politics. After a bit of controversy among Democrats around mailers designed to promote candidates friendly to Mayor John Cranley for the party’s precinct executive positions, election results for those vying for the positions were mixed to say the least. Several candidates with ties to Cranley, including Cranley spokesman Kevin Osborne and his political consultant Jared Kamrass, lost their bids for those seats. Meanwhile, some more left-leaning candidates won their bids. That doesn’t necessarily mean the local Democratic Party is up for a seismic shift, but there are interesting power struggles happening on the county level. You can peruse the results here.

• Let’s look to the north to a surprising congressional race. Voters in former House Speaker John Boehner’s district opted for a tea party-aligned outsider in a Republican primary race that one point had 15 contestants. Troy-based businessman Warren Davidson won the contest and will go on to near-certain victory in the deep-red district’s general election. Pundits and political science academics say voters there sent a clear message about frustration with the political establishment not unlike the one offered by supporters of Donald Trump.

• The primary race for the Senate seat currently held by Republican Rob Portman offered few surprises last night, with the incumbent handily winning the GOP primary and former Ohio Gov. Ted Strickland winning the chance to oppose him in the Democratic primary. Strickland beat Cincinnati City Councilman P.G. Sittenfeld on the strength of his name recognition and deeper campaign pockets. Strickland, who has been pretty aloof about Sittenfeld all along, is now focusing more fire on Portman, continuing to hit the Senator on statements saying he’d support GOP primary frontrunner Donald Trump if he’s nominated and also for backing the Republican party’s blockage of a U.S. Supreme Court nominee by President Barack Obama. Polling has the general election race neck and neck. It’ll be an interesting one as Democrats look to take back control of the Senate.

• Further north we go. In a surprising development, Cuyahoga County Prosecutor Timothy McGinty is out after losing his Democratic primary competition with former assistant prosecutor Michael O’Malley. McGinty got hit hard on the campaign trail for his failure to bring charges against officers involved in the November 2014 shooting death of Tamir Rice in Cleveland. McGinty’s ouster mirrors a similar development in Chicago, where voters dumped Chicago Prosecutor Anita Alvarez, who took deep criticism after city officials waited 400 days to release the police footage of officers shooting 17-year-old Laquan McDonald to death.

• Finally, let’s go back to the U.S. Supreme Court for a second. President Barack Obama today announced his nomination to fill a vacancy left by the death of Justice Antonin Scalia. In what may be the greatest troll move in history, Obama has nominated well-respected moderate and U.S. Appeals Court Judge Merrick Garland to the nation’s highest court. Garland has garnered praise from many Republicans in the past. But GOP senators have still vowed to block his confirmation and seem unwilling to even grant him a hearing, saying that Obama should not nominate a justice in an election year.