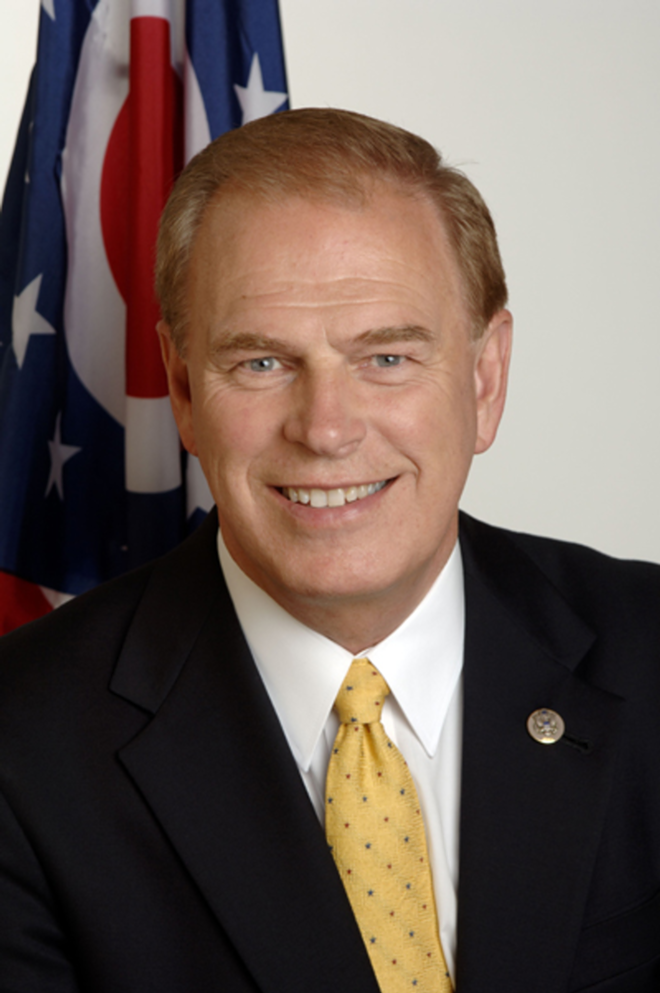 Former Ohio governor Ted Strickland, who rose to the governorship with the help of the National Rifle Association,

gun rights and gun control can co-exist. The claim is in light of the massacre at Sandy Hook Elementary School in Newtown, Conn., which killed 20 children and six adults. Many have called for stricter gun control in light of the past year’s bouts of gun violence, but Republicans are typically opposed to such proposals. A recent poll from The Washington Post and ABC News found 59 percent of Americans

banning high-capacity ammunition clips, much like the ones used in the Newtown shooting. Another 52 percent back the ban of semi-automatic handguns.

Still, Gov. John Kasich isn’t changing his mind on the Second Amendment. He says he will

a bill that allows guns in the Ohio Statehouse parking garage. The bill will also change the definition of an unloaded gun, allowing gun owners to carry loaded clips in their vehicles as long as they are in a separate compartment from the gun, and make concealed carry permits from other states easier to validate in Ohio.

city government is trying to use the transit fund to fund the streetcar. But Mayor Mark Mallory in an op-ed for The Cincinnati Enquirer

it will not happen. Mallory said the dispute dates back to a lawsuit filed by Southwest Ohio Regional Transit Authority (SORTA), which runs the Metro bus system. The lawsuit demands transit funds be solely dedicated to SORTA.

the streetcar. Even though voters have approved of the streetcar twice, Chabot, who also represents Warren County in district boundaries that were redrawn by Republicans, says he would rather focus federal funding on other projects, like the Brent Spence Bridge.

A conservative northern Kentucky lawmaker is

a bill that expands prisoners’ rights to DNA testing. The bill would allow a Cincinnati man to push for DNA testing that he claims will exonerate him of a 1987 rape and murder in Newport. Ky. Sen. John Schickel argued, “If DNA testing is good enough to send you to prison it should be good enough to get you out of prison.”

another $100 million in stock from Credit Suisse International. The deal is part of a larger program to buy back 100 million shares.

Cincinnati State is in line to

$123,000 from the state government. The funding could create 51 new or expanded co-op jobs.

The United Way of Greater Cincinnati

$50.7 million in investments for 2013, a slight increase from 2012. The increase will help boost funding to prepare children for kindergarten by 5 percent. It will also fund 288 programs at 146 agencies, with seven becoming new United Way agency partners.

The Prince Hall Shriners, which describes itself as “the world’s oldest African-American fraternal organization,” is

Duke Energy’s local management is being

. Jim Henning will take over as president for Duke Energy Ohio and Kentucky.

Ohio Board of Regents Chancellor Jim Petro is

Did you know our solar system is sort of like a phoenix? It apparently

from the cumulative ashes of countless stars, not one supernova.