UC professor Michael Dourson's research has been funded by the same groups he would regulate at the EPA, raising ire from some environmental advocates. 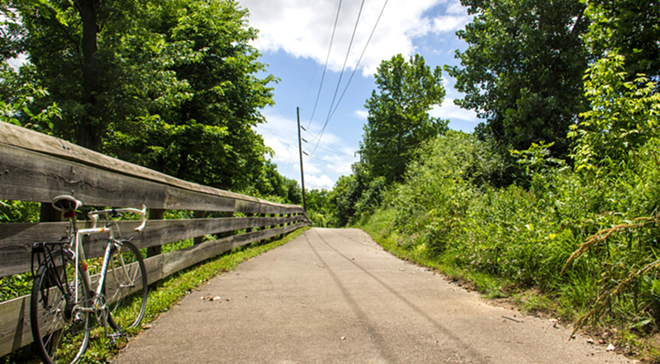 All right. A lot happened yesterday. Let’s get caught up.

Mayor John Cranley and Councilwoman Yvette Simpson battled it out yesterday during a debate hosted by the Cincinnati USA Regional Chamber and the Cincinnati Business Courier. At the center of the tense, contentious debate? The $500 million expansion of Children’s Hospital in Avondale — and underlying that, the approaches the mayor and the councilwoman have taken with developers and the city’s business community. Read more in our story about the debate.

• A lawsuit filed yesterday by Cincinnati Police Captain Jeff Butler alleges that City Manager Harry Black has improperly funneled city contracts through a company owned by a close friend, misappropriated state and federal money earmarked for emergency response systems and retaliated against Butler after he brought up those funds. The lawsuit says that Black has been sending city contracts through a purchasing clearinghouse company called BFX, LLC, which is owned by Al Foxx, who worked with Black in Baltimore. Foxx later incorporated the company in Ohio about a year after Black took his job as city manager here. The city pays about 15 percent more than it needs to because of that practice, the lawsuit claims. Butler has his own controversy in his past — a tape of a 1999 internal CPD interrogation about overtime fraud captured him using what experts concluded was probably a racial epithet. Black yesterday called Butler’s lawsuit “frivolous” and expressed confidence that the city would prevail in court. You can read more about the lawsuit in our story here.

• That's not the only CPD-related lawsuit to hit the city yesterday. Former CPD officer Jason Cotterman is suing the department to get his job back. He says he was improperly fired following a controversial single-car accident involving another officer and a subsequent investigation into a potential coverup.

• Advocates for better bicycling infrastructure will announce their plan to connect the city’s bike paths and lanes at 1 p.m. today at Smale Riverfront Park downtown, according to a news release from a coalition of groups pushing the project. The plan, similar to one CityBeat profiled earlier this year when it was called Cincinnati Connects, has a new name — CROWN — and an expanded focus. Queen City Bike, Red Bike, Tri-State Trails and the Urban Basin Bicycle Club are joining forces to advocate for the proposal, which would finish the city’s four major trails in progress and connect them with six new connector trails while integrating much of the city’s 2010 bicycle transportation plan, which calls for increased bike lanes throughout the city.

• A University of Cincinnati professor tapped by President Donald Trump to work in the Environmental Protection Agency has deep ties to chemical companies the EPA regulates, a fact that has inflamed criticism from environmental advocacy organizations. Michael Dourson, who does research on environmental risk assessment at UC funded by large chemical companies, is in line to lead the EPA’s Office of Chemical Safety and Pollution Prevention. In that role, he’d be tasked with regulating industries represented by the American Petroleum Institute, the American Chemistry Council and the American Cleaning Institute — all of which fund his research at UC.

“We think he would be an atrocious choice for this position,” said Richard Denison, a senior scientist at the Washington-based Environmental Defense Fund. “Having someone of his ilk, who is so tilted in one direction, would just be really a problem.”

Others have touted Dourson’s credentials, however, including City of Cincinnati Sustainability Director Ollie Kroner, who called Dourson a “tireless champion of science” in an EPA news release about the UC professor’s selection to head the EPA office.

• A survey by career website Glassdoor.com found Cincinnati is the eighth-best city in the country for jobs, a big jump up from the city's 23rd place finish last year. Other cities in the region fared even better — Pittsburgh grabbed the top spot, Indianapolis got No. 2 and Columbus got No. 7. Cleveland came in just behind Cincinnati at No. 9. The survey considered hiring opportunities, cost of living and job satisfaction. Cincinnati seems to have been buoyed by its low cost of living — it hit No. 7 on that metric while ranking in the 20s in the other categories.

• Yesterday we told you about analysis from a right-leaning think tank suggesting that Cincinnati should annex Norwood and other small municipalities. But what does Norwood’s mayor think?

"Any time you hear the word think tank, that should discourage you right there,” Mayor Thomas Williams told The Cincinnati Enquirer yesterday. “Tell them to think on something else.”

• The Cincinnati Bengals had the worst attendance of any team in the NFL in week one of the season. The team left 10,000 seats empty Sunday in Paul Brown Stadium (which, uh, we taxpayers are still paying for, on a tangential note), selling just 55,254 tickets. They also didn’t score any points in their 20-point loss to the Baltimore Ravens. Maybe next game.