Hamilton’s State Rep. Wes Rutherford is back at work in Columbus today, despite facing a felony weapons charge and a misdemeanor charge for driving under the influence. 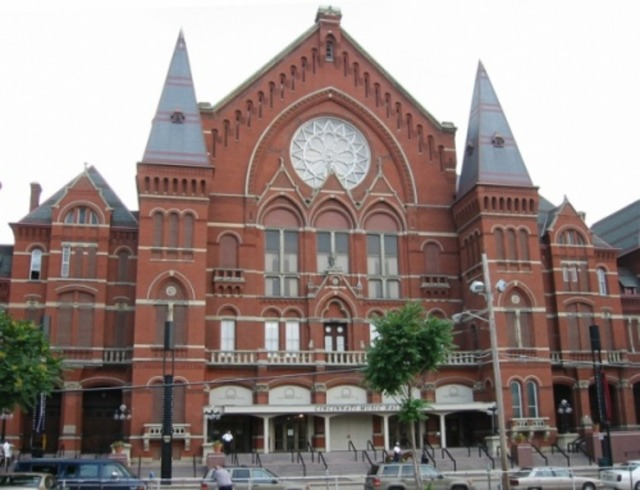 Good morning all. Let’s dive straight into some news today.

Cameo Nightclub will close permanently Friday after it was the scene of America’s biggest mass shooting so far this year, owners announced yesterday. One person died and 16 were injured after gunmen opened fired inside the building early Sunday morning. Witnesses say a fight broke out just before the gunfire erupted. Club manager Julian Rogers voluntarily surrendered the club’s liquor license yesterday following the shooting and says the club was due to close by May 31 anyway by request of the building’s owner, who is selling the property. State law enforcement agents handed down several citations in relation to conditions at the club following the shooting, including some for marijuana on the premises.

• A historic former brewery in Queensgate is one step closer to demolition, but its most iconic feature might survive after all. Cincinnati City Council’s Budget and Finance Committee yesterday approved an ordinance that would give the Port of Greater Cincinnati Development Authority $2 million to tear down the former Hudepohl brewery, which has sat vacant for years. But Councilman Chris Seelbach has asked to amend that ordinance in a way that requires the Port to come back to Council with a report about saving the building’s iconic smokestack, which bears the company’s name and is visible from I-75. Other council members also showed interest in preserving that part of the structure, which would add about $100,000 to the price of demolition. While some preservation advocates have asked that the entire building be saved, the Port says it’s too far-gone for that.

• Want to see how the multi-million dollar upgrade of Music Hall is coming along? Here are some photos of the Cincinnati landmark getting a long-needed makeover. Work is focusing on returning the building to its original, historically correct condition. That includes opening up windows that had been covered , removing drop ceilings put in place in the 1970s, restoring and replacing historic plasterwork and reinstalling an arched doorway entering the building’s Corbett Tower.

• Hey, this is in my neck of the woods, which is in desperate need of a coffee shop. A new jazz venue and cafe is coming to a quickly redeveloping part of Walnut Hills. Caffe Vivace is slated to open this fall on McMillan Avenue on the bottom floor of the Trevarren Flats building near Peeble’s Corner. The café will serve coffee, breakfast and lunch and will have a full liquor license. Walnut Hills Redevelopment Foundation, which has spearheaded efforts to redevelop that stretch and others in the neighborhood, says the focus on evening jazz performances fits in well with Walnut Hills’ heritage. Cincinnati’s iconic jazz club the Greenwich is just down the street.

• America’s most powerful Keebler Elf… wait, no, that’s not right. Let’s try this again. America’s most powerful lawyer, U.S. Attorney General Jeff Sessions, has warned that cities like Cincinnati could lose federal grants if they continue to identify as so-called “sanctuary cities.” Mayor John Cranley declared Cincinnati a sanctuary city in late January, though the city’s policies didn’t change due to the announcement and other cities like Columbus have similar polices but don’t describe themselves as such. Sessions says cities that don’t cooperate with orders given by the administration of President Donald Trump regarding immigration enforcement could lose money from the federal government. But there’s some question about whether Sessions, or Trump, could do that. Though there’s no clear definition of what a sanctuary city is, it generally involves local law enforcement abstaining from enforcing federal immigration laws and, in some municipalities that run jails, refusing to detain people due only to their immigration status. Cincinnati doesn’t run a jail, and Hamilton County Sheriff Jim Neil has said the county’s justice center does detain undocumented people for violations to immigration law.

• Hamilton’s State Rep. Wes Rutherford is back at work in Columbus today, despite facing a felony weapons charge and a misdemeanor charge for driving under the influence. Law enforcement officials earlier this month found Rutherford passed out in a McDonald’s drive-thru intoxicated with a loaded gun in his car. Rutherford has had no comment about the incident so far other than calling for privacy for himself and his family. The lawmaker missed two weeks of work in the State House after the incident, and narrowly avoided being removed from the House Ways and Means Committee had he missed one more meeting of that group. Now, if I missed two weeks of work because I took my loaded pistol along to grab some McNuggets while I was on a bender, I'd probably not have a job, but that's beside the point maybe because I'm not a high-powered lawmaker. The Butler County Republican Party seems to agree with me here, though, and has called on Rutherford to resign. The Ohio GOP has tempered its statements, waiting for charges against the Butler County lawmaker to play out. Rutherford’s case next goes to a grand jury, which will decide whether to indict him on the charges. A felony conviction would bar Rutherford from serving as a lawmaker.

• Finally, do you consider the infamous $350 million stadium deal passed in 2000, which has cost local taxpayers many millions of dollars and been derided by national news outlets as one of the worst deals for taxpayers in the country, to be a good deal for you? I guess if you’re Bengals owner Mike Brown, you do. Brown made that comment during an interview about an NFL vote allowing the Oakland Raiders to relocate to Las Vegas. Brown said the multi-million stadium financing plan passed by Hamilton County voters “was considered insane by some people locally.” That’s a pretty astute observation. “And yet today it looks like a pretty good bargain,”  Brown said — a somewhat less astute observation, to put it mildly.