Fifty years after his assassination, Martin Luther King, Jr.'s message is as pertinent as ever. Here are local events commemorating his legacy. 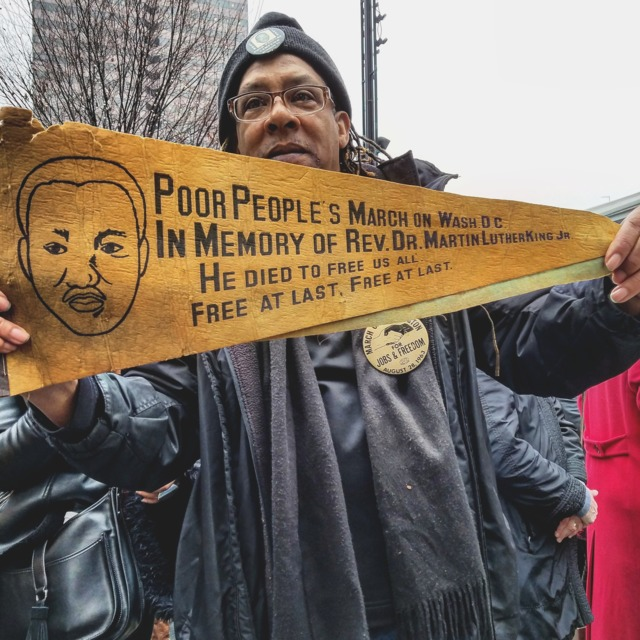 Good morning all. I hope you’re gearing up to observe Martin Luther King Jr. Day in some form or fashion.

On April 3, 1968, King gave his final speech, titled “I’ve Been to the Mountaintop,” to an overflow crowd who ignored a storm warning to come to Bishop Charles Mason Temple in Memphis, Tenn. Suffering an illness, King had decided earlier in the day that he would let a friend, Ralph Abernathy, speak in his stead about a strike by Memphis sanitation workers for better treatment and wages. But Abernathy saw the disappointment in the crowd when he got up on stage, and convinced King to come address them.

“Now let me say as I move to my conclusion that we've got to give ourselves to this struggle until the end,” King said in the off-the-cuff speech. “Nothing would be more tragic than to stop at this point in Memphis. We've got to see it through. And when we have our march, you need to be there. If it means leaving work, if it means leaving school, be there. Be concerned about your brother. You may not be on strike, but either we go up together or we go down together. Let us develop a kind of dangerous unselfishness.”

The next day, King was dead by an assassin’s bullet. Fifty years later, with racial tension still roiling the nation, his legacy is as pertinent as ever.

• The Killing of History: MLK and How to Build the Movement Today: Begins 12:30 p.m. in the Tower Room of the Public Library of Cincinnati and Hamilton County’s downtown branch. Features a talk and discussion interrogating the history of the Civil Rights movement and its relationship to self-defense. Food provided. Free to all, but donations welcome.