Cincinnati City Councilman Charlie Winburn will not be running for mayor, he announced this morning via a news release.

Cincinnati City Councilman Charlie Winburn will not be running for mayor, he announced this morning via a news release.

“After careful reflection and prayer, I have decided not to run for Mayor of Cincinnati,” Winburn said in the statement. “I had decided not to run several months ago, but after the strong urging from my friends and supporters, I began to reconsider my decision. While I would love to continue to serve the City of Cincinnati as a public official, I decided there were serious needs in both my public and private life that I could not serve if I jumped into a long and demanding campaign.” 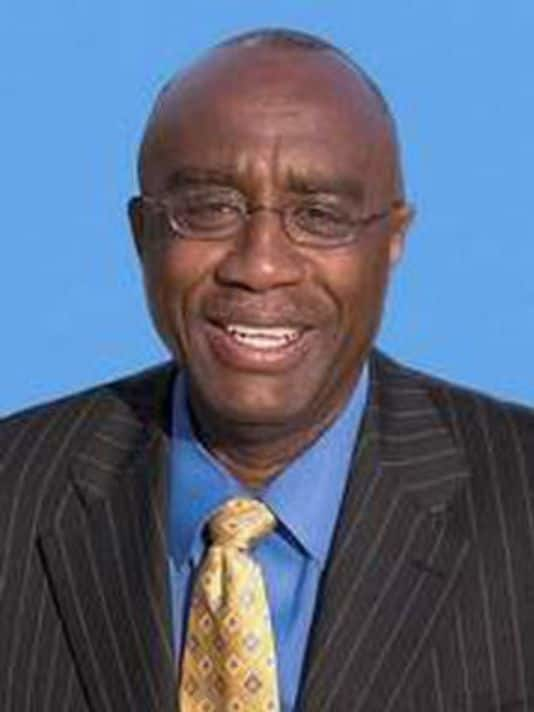 Winburn has been alluding to a possible run for months. Recently, he asserted that polling he’s done indicated that he would prevail in a primary race between himself, Rob Richardson, Jr. and Councilwoman Yvette Simpson to face Mayor John Cranley, but that he would lose that contest by a few percentage points. Winburn hasn’t released that poll and campaign expenditure reports don’t show money spent on any polling.

• Who can help the streetcar get its groove back? Perhaps naming-sponsor Cincinnati Bell. City officials and representatives from the Southwest Ohio Regional Transit Authority, which runs the streetcar, have met with the company to see if it can provide solutions to problems with the streetcar’s real-time location and timing displays and app. Those displays and the app are supposed to let riders know when a car is coming to the station. But the timing has been off and many of the stations don’t have working displays yet. Cincinnati Bell provides that kind of data transfer service, thus the meetings between the company and the city. Nothing is set yet, but you could see Bell involved in more than just advertising for the streetcar soon.

• Federal officials have indicted an Ohio man incarcerated in Lebanon Correctional Institute for sending threatening letters to judges, law enforcement officials and President Donald Trump. Between Jan. 17 and 31, according to the feds, Rodney Cydrus sent letters from the prison to the federal officials as well as the FBI threatening various injuries. Some of those letters also contained a white powder, perhaps meant to resemble Anthrax. That powder was later determined to be non-toxic. Cydrus hasn’t been convicted on those allegations yet but faces 10 years in prison for each count if he’s found guilty of mailing the threats.

• Newly proposed legislation at the Ohio State House would do away with a tax on feminine hygiene products. State Reps. Brigid Kelly, who represents parts of Cincinnati, and Greta Johnson, who represents Akron, introduced the bill yesterday, saying that the so-called “pink tax” is an unfair burden on women. Twelve other states have already ceased taxing feminine hygiene products. Eliminating the tax here would cost Ohio about $4 million a year in revenue.

• Do you remember Lil Sebastian, fellow Parks and Rec fans? Well, now you can get your own miniature horse time in next time you’re at the Greater Cincinnati and Northern Kentucky International Airport. CVG has mini therapy horses from Ross-based nonprofit Seven Oaks Farm roaming around to ease the stresses of traveling. The horses pop up a couple times a month at the airport between making the rounds at nursing homes and hospice centers. CVG started the therapy program to improve travelers’ moods and reduce stress.

• As we told you about earlier this week, serious revelations about President Donald Trump’s pick to head the National Security Council, Michael Flynn, caused Flynn to resign. Despite that, Kentucky Sen. Rand Paul doesn’t think that the ouster of the President’s top security official is worth a congressional investigation, mostly because he doesn't want his party investigating itself, he said. Flynn, a former general, was found to have discussed U.S. sanctions with Russian officials before he took office, violating federal law. Flynn then lied about those conversations, denying they happened, before other federal officials confirmed that he did indeed have substantive conversations about the penalties initiated by the Obama administration. Flynn stepped down from his post this week amid a hailstorm of questions, many still unanswered, around the discussions he had with Russian officials and what White House officials knew about them.

But Sen. Paul believes trying to find out more about the situation is a waste of time.

"I just don't think it's useful to be doing investigation after investigation, particularly of your own party," Paul said in an appearance on a Fox News radio show. ''We'll never even get started with doing the things we need to do like repealing Obamacare if we're spending our whole time having Republicans investigate Republicans.”

• Finally, Trump’s pick for labor secretary, fast food CEO Andrew Puzder, resigned his candidacy for that job yesterday after another big round of questions about his hiring of a housekeeper not authorized to work in the United States. Puzder’s retreat from his nomination signals another stinging setback for the Trump administration during a rocky first month in the White House.