Ian Anderson, the craggy-voiced singer and virtuosic flutist who led Jethro Tull, has come up with a new, potentially clever way to showcase his old material. 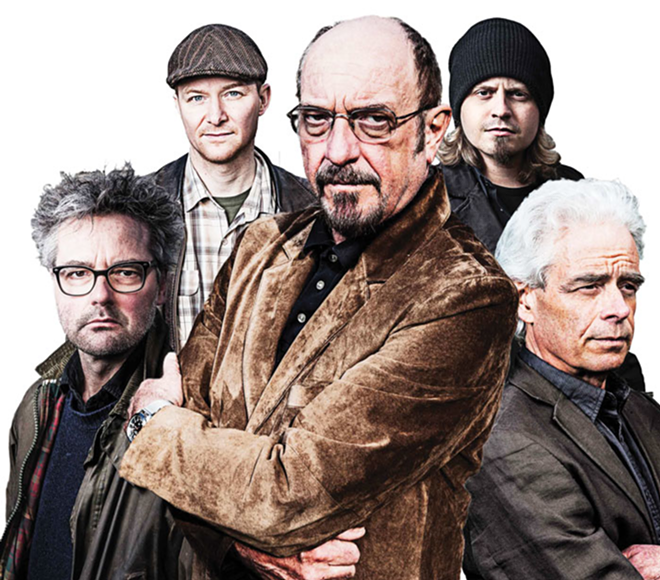 has come up with a new, potentially clever way to showcase his old material. The show is called Jethro Tull and it celebrates the old band’s namesake — an 18th-century English agriculturalist who invented the horse-drawn seed drill. Quasi-operatic in structure, with a multi-media element, it reimagines Tull’s life as if it’s in the near future and includes new songs along with such Jethro Tull (the band) classics (sometimes slightly rewritten) as “Aqualung,” “Living In The Past,” “A New Day Yesterday,” “Locomotive Breath ” and more. For the show, Anderson is accompanied by a band consisting of David Goodier (bass), John O’Hara (keyboards), Florian Opahle (guitar) and Scott Hammond (drums). Plus, we are told by Anderson’s publicist, there will be some “surprise virtual guests.” Read more in this week's Sound Advice .
Jethro Tull — Written and Performed by Ian Anderson is onstage at the Aronoff Center Tuesday. More info/tickets: cincinnatiarts.org .