The writer apparently forgot why Beshear won in Kentucky in the first place (Bevin, anyone?). 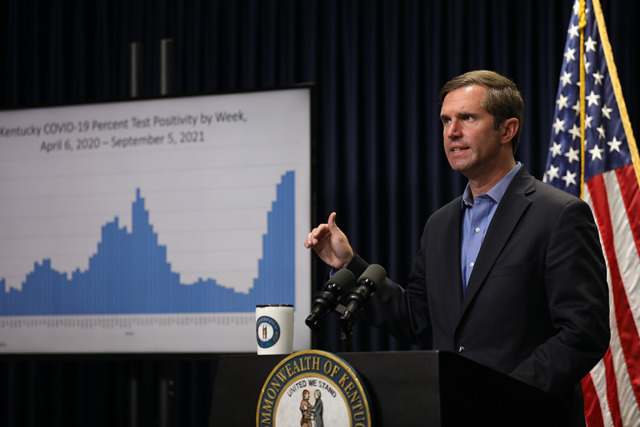 Would Kentucky Gov. Andy Beshear be a better 2024 presidential candidate than Joe Biden or Kamala Harris?

A national opinion writer, Joe Concha, thinks so — enough to have written a column that appeared on The Hill’s website Sunday afternoon titled “Meet the red-state governor Democrats should nominate in 2024 instead of Biden or Harris.”

But, online commenters think Concha missed the mark on why Beshear won in Kentucky in the first place.

Concha, who also is a contributor to Fox News, wrote that Beshear was able to become governor “because of moderate policies, particularly on police and crime.”

Concha’s Twitter bio suggests he’s based in New Jersey, which means he might not have been paying close attention to Kentucky politics in 2019, the year that Beshear won.

At the time, policing in the state wasn’t under as much scrutiny as it is today in the aftermath of the slaying of Breonna Taylor and revelations that old Kentucky State Police training materials contained quotes from Hitler. Instead, one of the issues that was top of mind was education — and incumbent Gov. Matt Bevin’s history of controversial remarks about teachers had put him on the wrong side of the state’s politically motivated educators. Meanwhile, Beshear played to teachers, even choosing one, Jacqueline Coleman, as his lieutenant governor.

Bevin’s brash attitude had gained him enemies across his own party, as well, and he performed relatively poorly in the Republican primary given the fact that he was an incumbent.

In short, Bevin was unpopular, and Beshear was inoffensive — as well as recognizable, given his last name and his turn as attorney general.

This is the Kentucky that people on social media remembered, and they let Concha and The Hill know in tweets.

Now, would Beshear actually make a good candidate for president?

He is a young, likable moderate who would probably gain a following. But he doesn’t seem interested in running just yet. Beshear has already filed for reelection in the 2023 Kentucky governor’s race.