A group called Ohioans for Energy Security will be spending upward of a million dollars on TV and radio spots soon defending a bill bailing out energy companies. 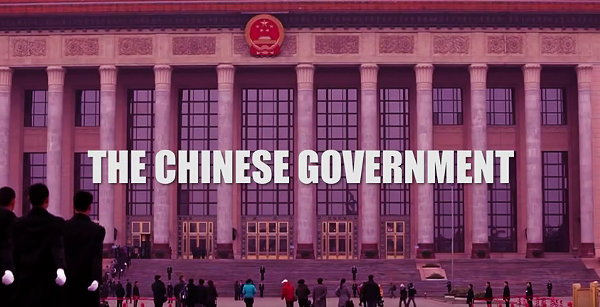 The Chinese are coming, in a literal invasion, marching into Ohio. That's how the new ad from a group called Ohioans for Energy Security, which will be spending upwards of a million dollars on TV and radio spots soon, begins, and it continues with even less tenuous grasps on the issues surrounding HB6.

That would be Ohio's recently passed bill bailing out FirstEnergy's nuclear power plants, along with subsidizing two coal plants, one of which is in Indiana, owned by Ohio Valley Electric Corporation, in addition to essentially gutting Ohio's renewable energy mandates on providers.

Assuming it survives, consumers would eventually, years down the line, see savings on their bills, as the state handouts to FirstEnergy — some $150 million annually, with surcharges beginning this fall — and the coal plants — with surcharges beginning in January — will be less than the the cost to consumers passed on by utility companies to comply with the renewable energy mandates.

In advance of a possible referendum on the bill led by a group called Ohioans Against Corporate Bailouts, Ohioans for Energy Security is on a full-on blitz to tell Ohio residents to refuse to sign any petitions. If you do, they claim, it'll also jeopardize national security, which... doesn't make sense, and doesn't make any more sense after their answer to Cleveland.com's Jeremy Pelzer's question of how exactly that is the case.

Ohioans for Energy Security spokesman Carlo LoParo said the anti-HB6 group, with Chinese ties, is “trying to create an energy monopoly in Ohio for their own self-interest.”

Ah, yes. And those marching Chinese, the invasion, the contention that the Chinese government is "quietly invading our electric grid" and "meddling with our elections"?

The justification for these accusations, according an Ohioans for Energy Security release, is that Bill Siderewicz, a natural-gas power plant investor involved with Ohioans Against Corporate Bailouts, has received financing from the Industrial and Commercial Bank of China, which is owned by the Chinese government.

You can watch the ad for yourself right here.